Drag queens are being targeted by extremists and hate groups 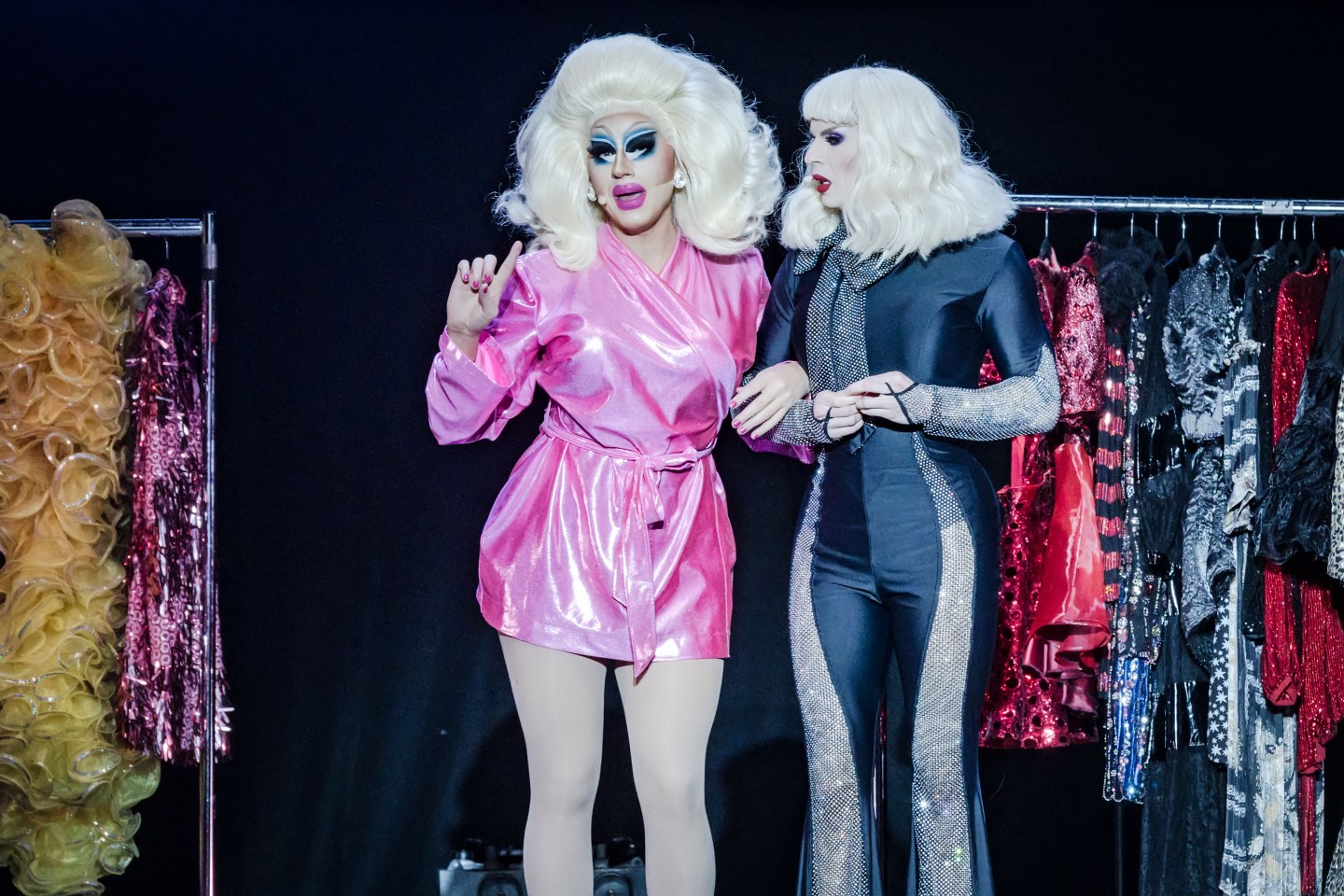 Drag queens are now the new targets of far-right conservative groups who insist the art form has a "hidden" agenda.
Frank Hoensch—Getty Images

Residents in Moore County, N.C, are under curfew at the moment as Duke Energy attempts to repair the damage caused by a targeted attack on two substations that knocked power out to mostly rural communities. The attackers used guns to take out the power at the first substation at 7 p.m. on Saturday, then quickly targeted a second. It left some 40,000 people without power.

Some of the people thrust into sudden darkness were drag queens performing a show for a welcoming audience of fans at the beautiful Sunrise Theater in Southern Pines, N.C.

While Moore County Sheriff Ronnie Fields says there is not yet a clear motive for the attack on the power grid, rumors swirled almost immediately that it was an attempt to terrorize the drag performers and shut down the show.

The organizers of the show had been receiving death threats for weeks, and “far-right activists” and local Christian school leaders had been characterizing the performance as an attempt to “peddle their abomination” to children. Parents had been campaigning the town council, the theater, and its sponsors to cancel the show, and had shown up to protest in person.

Naomi Dix, the Durham-based drag artist who hosted the show, says right-wing conservatives mischaracterize queer artistry as sexual to serve “the hidden agenda that they have, which is not wanting queer people to have events in general.”

A similarly frightening scene played out the same day in Ohio at a drag storytime event at the First Unitarian Universalist Church of Columbus. Members of local chapters of the Proud Boys, the Patriot Front, and White Lives Matter Ohio showed up near the venue in tactical gear, face masks, and brandishing guns. The men were filmed chanting “life, liberty, victory” and “reclaim America.” Some were seen giving the Nazi salute.

The church was hosting a “Holi-Drag Storytime” for kids of all ages—a once common event—which was organized by a local community school. It was canceled.

Drag was, until recently, a mostly underground art form, but in the last twenty years or so has found new fans for its affirming visibility and unalloyed joy. (RuPaul probably helped, too.) But it’s relatively newfound popularity as a family-friendly form of entertainment—kids love fantasy, storytelling, and costumed performers, right?—has put it in the crosshairs of extremists who accuse drag queens of sexually “grooming” children.

But drag queens, who are no strangers to culture wars, bigotry, and harassment, are not budging. “There is a bigger backlash against drag queens, there is a bigger backlash against the LGBTQ+ community and people of color, no matter what group you are in,” says Bella Naughty, a drag queen who came to confront angry protestors outside a library hosting a Drag Queen Story Hour in suburban Maryland. “We are in it not just for drag, but for the greater picture.”

And true to form, the show at the Sunrise Theater went on, even in the dark.

When the lights went out, Dix asked the audience members in the packed theater to use the flashlights on their cell phones to illuminate the room. Then, she sang “Halo” by Beyoncé as the crowd sang along.

“It was a beautiful moment,” she said.

What to make of Hershel Walker? The runoff race for the open Senate seat in Georgia ends today, and observers are still sorting out what it means that the scandal-ridden Walker made it as far as he did. “I grieve the fact that someone like Mr. Walker actually has a chance at a runoff against the incumbent Senator Warnock. What does it cost us as Black people to see this play out publicly? What does it cost this country?” asks author and Georgia resident Danté Stewart. He says the quiet part out loud. “Throughout it all, Mr. Walker’s campaign draws from white supremacy’s greatest fantasy and stereotype: using a Black man for white people’s entertainment and consumption.”
Washington Post

What to make of Michelle Yeoh? After so many years of working, she is now a household name, for the role of Evelyn Wang in Everything Everywhere All at Once. Yeoh, currently on the cover of Time as “icon of the year,” is a powerhouse actor who still feels like a new discovery for Western audiences. This loving tribute traces her career and puts her recent Academy nod in proper context: No Asian woman has won Best Actress. “I’ve thought about it,” she admits. “And not just me—I feel like my full Asian community has thought about it. They come up to me and they say, ‘You’re doing it for us.’”
Time

What to make of Keke Palmer? Maybe a better question is, what will she make of us? The omni-talented artist and breakout star of Jordan Peele’s Nope made a splash hosting SNL this weekend, gleefully revealing her baby bump during her live monolog. Then she shut down haters on Twitter for being photographed without makeup. But she’s an unusual talent at an unusual time. “I’m a quirky artist, but I’m an artist, and it’s important for people to understand that Keke is just a part of who I am,” she says in this cover profile in The Hollywood Reporter. “It’s been a winding road of trying to figure out how to do what I love but also exist outside of this caricature.”
The Hollywood Reporter

More than fifty years have passed since the LGBTQ movement was born on and around Christopher Street, a movement in which trans women of color played important leadership roles. While the initial uprising was in response to a 1969 police raid of a local gay bar, The Stonewall Inn, Christopher Street has remained a symbol of pride and civil rights. But, as Janet Mock explains in this introduction to this gorgeous photo essay by Mark Seliger, times have changed a bit. “As the neighborhood has gentrified, attitudes among some residents toward the trans and queer people who still frequent the area have soured,” she explains. “Class and race tensions have risen.” And the police are back, there to serve the needs of the well-heeled. “My community is being seen and heard at unprecedented levels, yet we are still being scapegoated,” says Mock. “The presence and visibility of trans people challenges every one of us.”

While the 1969 Stonewall uprising is now better known, many people, myself included, never heard of the first drag queen protest three years earlier in San Francisco. It started when a drag queen threw a cup of coffee at a police officer, an impulsive act after the community had been subjected to years of concerted harassment and random incarceration. The site was Compton’s Cafeteria, a safe haven for the drag queens and gay hustlers who populated the city’s Tenderloin district. The entire episode has been explored in extraordinary detail in a documentary from KQED written and hosted by Susan Stryker, herself transgender. It's free on YouTube; if you want to understand more about drag, trans abuse, and political life, this is a great place to start.
Screaming Queens

“History isn't something you look back at and say it was inevitable. It happens because people make decisions that are sometimes very impulsive and of the moment, but those moments are cumulative realities.”