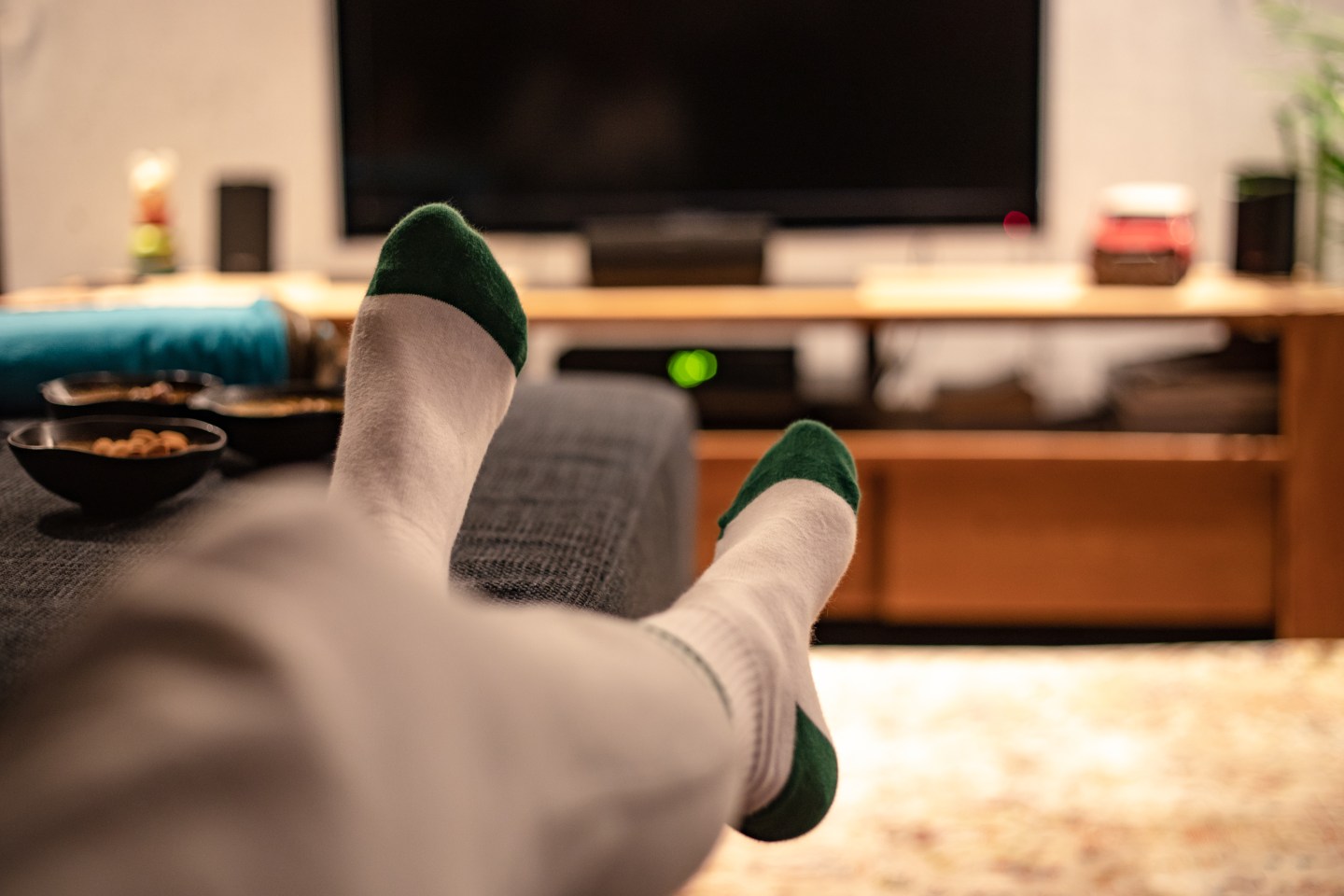 “Goblin mode,” which refers to a state of unapologetic laziness or self-indulgence, has been named the 2022 Oxford Word of the Year.
Basak Gurbuz Derman/Getty Images

People around the world found themselves navigating life after COVID restrictions in 2022—and a new ranking has crowned the joke phrase “goblin mode” as the term that encapsulated what the experience has been like.

The naming of this year’s Oxford Word of the Year—a term or expression that captures the zeitgeist of the past 12 months—has shown that for English speakers, a pushback against demanding movements like hustle culture has permeated our lives.

Oxford University Press, which runs the campaign, announced “goblin mode” as its 2022 winner on Monday.

The expression is defined by Oxford’s language analysts as “a type of behavior which is unapologetically self-indulgent, lazy, slovenly, or greedy, typically in a way that rejects social norms or expectations.”

The organization said more than 300,000 people had cast their votes over the last two weeks after the decision on this year’s winner was handed over to the public for the first time since the campaign began in 2004.

Although the phrase dates back to 2009, it went viral earlier this year via a fake headline about actress Julia Fox’s breakup with Kanye West. “Goblin mode” subsequently found itself being featured in newspapers around the world.

Oxford’s experts said the term rose in popularity in the following months, as many countries eased their COVID restrictions and people began to leave their homes more regularly.

Content linked to the hashtag #goblinmode has more than 14 million views on TikTok and is often seen as a rebuttal of the platform’s “That Girl” trend.

“Seemingly, it captured the prevailing mood of individuals who rejected the idea of returning to ‘normal life’ or rebelled against the increasingly unattainable aesthetic standards and unsustainable lifestyles exhibited on social media,” Oxford University Press said in its Word of the Year announcement Monday.

The metaverse and online shows of solidarity

“Goblin mode” reportedly won the 2022 vote by a landslide, securing 93% of the total votes.

In second place was “metaverse,” which was defined as “a (hypothetical) virtual reality environment in which users interact with one another’s avatars and their surroundings in an immersive way, sometimes posited as a potential extension of or replacement for the internet, World Wide Web, social media, etc.”

While the Oxford English Dictionary’s first recorded use of “metaverse” was in 1992, its use increased fourfold between 2021 and 2022 as the word was popularized by Meta, formerly known as Facebook, and its CEO, Mark Zuckerberg.

Third place went to “#IStandWith,” a hashtag that surged in popularity in 2022 among social media users expressing solidarity with specific people, groups, or causes. Despite its placing in this year’s list, the phrase “to stand with” someone in the context of taking their side or supporting them dates back to the 14th century, according to Oxford University.

Speaking at a special Word of the Year launch event last month, Ben Zimmer, an American linguist and lexicographer, said the winning expression “really does speak to the times and the zeitgeist, and it is certainly a 2022 expression.”

“People are looking at social norms in new ways,” he said. “[‘Goblin mode’] gives people the license to ditch social norms and embrace new ones.”

When the Word of the Year winner was announced on Monday, Casper Grathwohl, president of Oxford Languages, said in a statement that organizers were caught off guard by the level of public engagement with the campaign.

“Given the year we’ve just experienced, ‘goblin mode’ resonates with all of us who are feeling a little overwhelmed at this point,” he said. “It’s a relief to acknowledge that we’re not always the idealized, curated selves that we’re encouraged to present on our Instagram and TikTok feeds. People are embracing their inner goblin, and voters choosing ‘goblin mode’ as the Word of the Year tells us the concept is likely here to stay.”

Oxford University Press describes its Word of the Year as “a word or expression reflecting the ethos, mood, or preoccupations of the past 12 months, one that has potential as a term of lasting cultural significance.”

Its editors create a short list by tracking data that monitors real language usage, nominating Word of the Year candidates as they emerge and become increasingly prominent.

Last year’s Oxford Word of the Year was “vax,” reflective of conversation around COVID-19 vaccines, while 2020—the year the coronavirus outbreak became a global pandemic—saw Oxford’s experts release a special report on language use in what they said was “not a year that could neatly be accommodated in one single [word].”