Whitney Wolfe Herd, the CEO who built Bumble Inc. into a $765 million–revenue company, is hiring someone else to run its core app for the first time 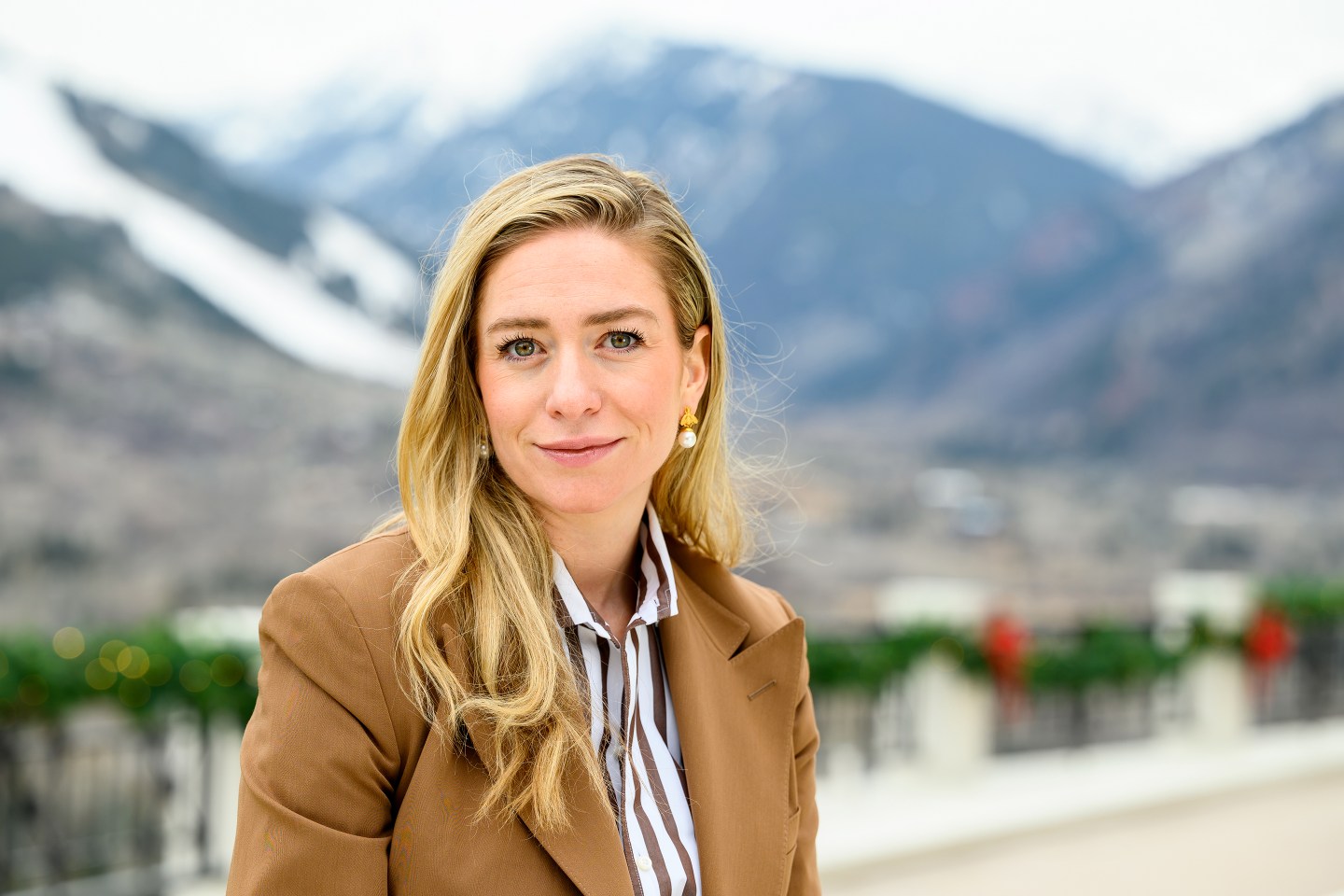 Good morning, Broadsheet readers! Facebook is sued for gender bias in job ads; abortion rights activists look to the next fight; and Whitney Wolfe Herd hands off responsibility at Bumble for the first time. Have a great weekend.

Match made. Since founding Bumble in 2014, Whitney Wolfe Herd has been synonymous with the platform. Her leadership of the app, which urges women to “make the first move,” has been critical to the brand’s growth.

In 2019, however, Wolfe Herd expanded her reach and became CEO of Bumble Inc., parent company of the Bumble app and another dating platform, Badoo. She stepped into that broader role when Blackstone acquired a majority stake in the company and bought out Badoo founder Andrey Andreev. Since then, Wolfe Herd has taken on many new responsibilities. In 2021, she became the youngest woman to take a company public, achieving billionaire status in the process, based on Bumble’s share price at the time of its IPO. She’s served as a public company CEO since, shepherding quarterly earnings, and made the company’s first acquisition in early 2022, buying French dating app Fruitz.

Throughout that transition, though, she’s never put someone else in charge of her firstborn: Bumble. “Even as I moved from Bumble app CEO to Bumble Inc. CEO, I’ve remained the single-threaded owner of the Bumble app,” Wolfe Herd says.

Those are particularly big shoes to fill. Just how big? The app accounted for 70% of Bumble Inc.’s $765 million revenue in 2021. “It would have taken someone really extraordinary to step into that role. It’s just never been done before,” Wolfe Herd says. “There’s been this one empty, big, golden seat, which is: Who is going to be this person for Bumble app?”

Three years after stepping into the chief executive role at Bumble Inc., she’s ready to hand over the reins. This week, former Lyft executive Drena Kusari began a new role as general manager of the Bumble app, Fortune is first to report. She joins Badoo GM Rich Watts, Fruitz founder Julian Kabab, and Pedro Mejuto, GM for the integration and incubation segment Bumble Studio, who together form a team of executives overseeing each platform within the business.

“I’m just thrilled to be part of this mission-driven team that’s passionate about empowering women at this crucial moment,” Kusari says.

Kusari grew up in Kosovo and says she and her family “barely made it out” of the country during its war in the 1990s. They lost contact with her older brother and sister, both medical students at the time, unsure if the siblings were safe. After the war ended in 1999, she came to the U.S. to finish her last year of high school, later getting her undergrad and MBA degree in the U.S. Kusari worked in banking and consulting before taking on a leadership role at Lyft.

She first met Wolfe Herd in 2020 through Bumble president Tariq Shaukat, who worked with Kusari at McKinsey early in her career. They discussed Kusari joining Bumble as chief revenue or commercial officer at the time. But Kusari ultimately decided those roles weren’t the right fit, and she preferred GM-style positions with full ownership of a business segment.

When Wolfe Herd was ready to offer that role at Bumble, she reached out. As Bumble GM, Kusari will oversee all its platforms, including the original dating app, the friendship-matching service Bumble BFF, and the networking feature Bumble Bizz. Her top priorities are product innovation, international growth, monetization, and safety.

Kusari describes herself as a hands-on, customer-focused executive. At Lyft, she spent her off-hours working as a driver to better understand that experience. Though she found her spouse before she could try the Bumble dating app, she’s used Bumble BFF as a consumer. And since accepting her new role, Kusari has set up a Bumble profile on the flagship service, where she matches with users, tells them she’s a Bumble executive, and asks for feedback.

That hands-on approach is similar to the one Wolfe Herd has taken over the years; she used to personally respond to every Bumble customer email. Having someone else dedicated to the Bumble app will now allow Wolfe Herd to turn her attention to other company priorities. “This will free me up to spend my time dreaming really big for the business. To think five, 10, 15, 20 years ahead,” she says. “To think, long-term, how do we make the internet safer, better, and kinder?”

Blame game. Disgraced former FTX CEO Sam Bankman-Fried seems to be blaming the collapse of his crypto trading firm Alameda Research on former Alameda CEO Caroline Ellison. “I was not deeply aware of what was going on. I was not running it day-to-day, and I was focusing on FTX,” Bankman-Fried said. Intelligencer

Bachelorette blues. Bachelorette parties are no longer just a night out at a local bar. As more pre-wedding parties become destination events, attendees report spending more on travel, lodging, and extras like themed clothes, putting stress on those who can’t afford such trips but feel obligated to attend. Wall Street Journal

Deadlocked. A mistrial was declared in the rape trial of actor Danny Masterson on Wednesday after jurors failed to reach a verdict. CNN

Child support. Kim Kardashian and Ye, formerly Kanye West, have finalized their divorce. The rapper will pay $200,000 per month for child support, and the two will share joint custody, according to court documents. Associated Press

What it really takes to breastfeed a baby New York Times

Injectables of the future Harper’s Bazaar

The best holiday gift? Keeping your mouth shut about my body Glamour

“When the stakes are this high, doesn’t it make more sense to hear our story from us?”

—Meghan, the Duchess of Sussex, in a new trailer for the Netflix docuseries Harry & Meghan