Mastodon and Hive Social are hailed as Twitter’s successors. But where are the users? 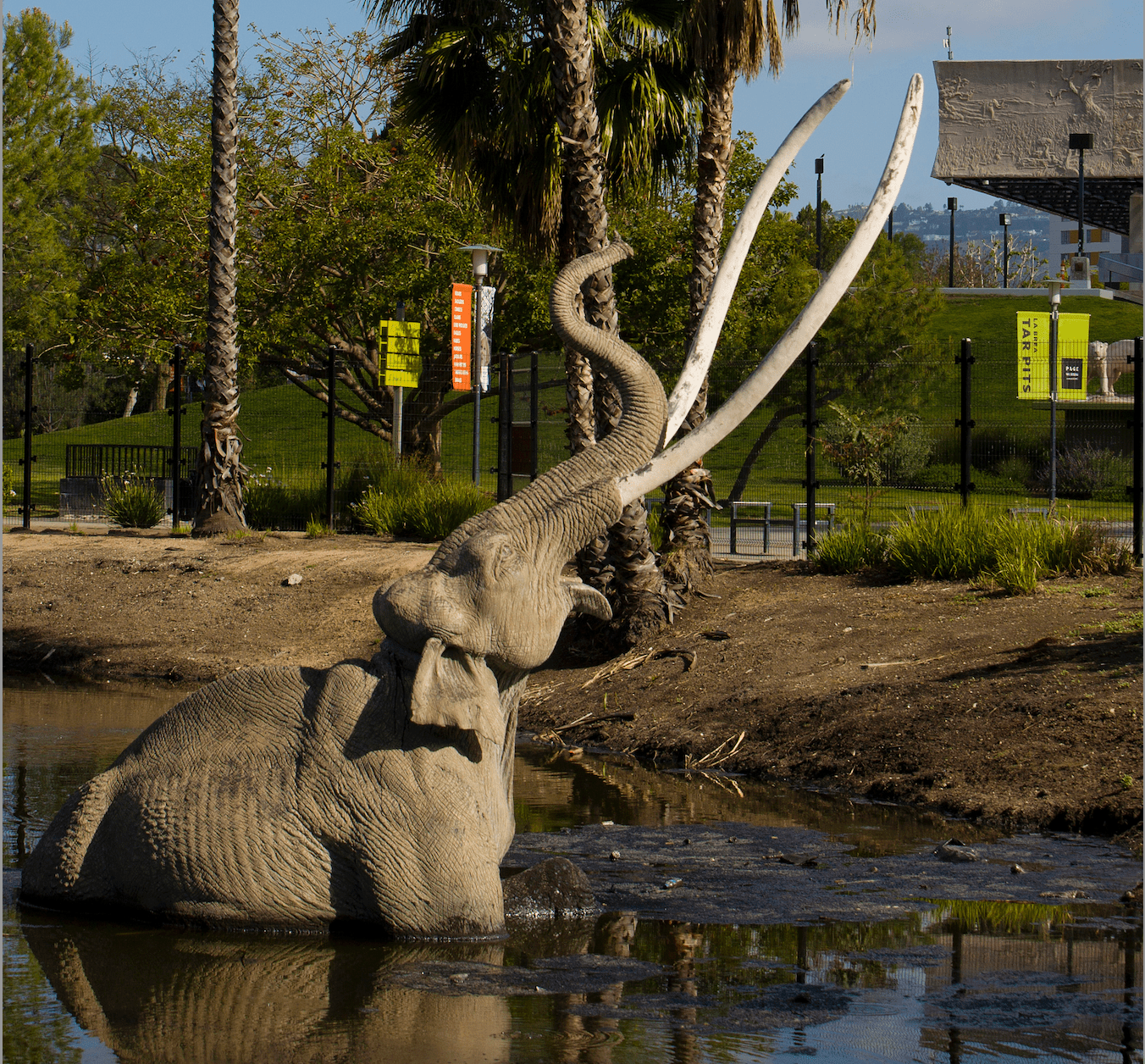 In the weeks since Elon Musk’s topsy-turvy takeover of Twitter, countless mainstream media outlets have devoted stories to the potential rise of rival platforms, like Mastodon and Hive Social.

So how are things going at these sites?

Twitter, meanwhile, has added another 13 million daily active users since June, according to data posted by Musk, with growth continuing even after his acquisition closed. (We’ll take Musk, not exactly known as a paragon of truth, at his word.)

The user totals cut against the popular narrative of Twitter in decline—and offer another chance to examine the phenomena that drive social media use.

Musk’s disorderly overhaul of Twitter operations and tolerance of right-wing wackadoodles have clearly struck a nerve in the left-leaning media, which (often fairly) derides the billionaire’s decision-making.

The dissonance can be best summarized by an article in The Atlantic last month, which claimed that “age of social media might end—and soon.” The author’s primary evidence: Facebook is in “decline” (even though it’s added 55 million net daily active users in the past year), and Twitter is in “chaos” (a take that looks more lukewarm with each passing day).

In turn, potential successors to Twitter have received outsize attention. Virtually every major publication has written some kind of feature about Mastodon (yes, Fortune included), while Hive Social, Post News, and Substack have garnered sporadic coverage as alternative outlets.

Yet prophecies of Twitter’s decline haven’t come anywhere close to fruition. A handful of high-profile celebrities and companies have abandoned the platform, but the vast majority of users still tweet away. The platform also appears to remain fully functional despite fears of an imminent collapse. (We’ll see if these trends hold, particularly as the impact of layoffs and corporate pullbacks in ad spending come into sharper focus.)

Instead, consumers gravitate toward platforms that capture the cultural zeitgeist and become part of personal habits.

In recent years, all of the fastest-growing social media sites gained popularity based on a novel concept or by filling a well-timed market niche. TikTok exploded because of its superior video platform and recommendation algorithm. BeReal tapped into a yearning for authenticity in an over-filtered ecosystem. LinkedIn created a home for the business crowd. Reddit and Discord harnessed the power of communities.

None of these platforms emerged from the wreckage of another platform’s scandal or shame. They mostly grew organically with the times, meeting the moment in tech. (TikTok did spend untold millions of dollars on advertising to boost awareness of its app.)

Like it or not, Twitter remains a massively popular gathering place for news, punditry, entertainment, and other trending topics. Until its core function falls out of favor with users and a more culturally relevant alternative emerges, no amount of media coverage or anti-Twitter commentary will knock the platform from its perch.

Another Apple antagonist. Coinbase launched the latest attack on Apple’s App Store policies Thursday, accusing the iPhone maker of unfairly rejecting an update to its app. In a series of tweets, the cryptocurrency exchange alleged that Apple ordered the company to share 30% of non-fungible token gas fees or remove the ability to send NFTs. Coinbase said it “couldn’t comply even if we tried,” citing Apple’s lack of crypto compatibility, and argued Apple shouldn’t be entitled to NFT transaction revenues.

Another set of eyes? Justice Department officials called Thursday for an independent, court-ordered investigation into the demise of cryptocurrency exchange FTX, CoinDesk reported. Federal authorities argued that a judge overseeing FTX’s bankruptcy proceedings should appoint an examiner to review allegations of fraud, dishonesty, and mismanagement. Federal prosecutors and Securities and Exchange Commission regulators are already investigating FTX and its former CEO, Sam Bankman-Fried, over the multibillion-dollar collapse.

Hitting the road. Tesla delivered its first electric semitruck Thursday, five years after the automaker unveiled its first prototype of the rig, Bloomberg reported. CEO Elon Musk handed over keys to the vehicle to executives from PepsiCo, Tesla’s first semitruck customer. Tesla officials plan to produce about 50,000 semitrucks in 2024, with a range of about 500 miles on a single charge.

Digging his own grave. Twitter officials once again suspended the account of Kanye West, legally known as Ye, after the rapper posted an image of a swastika inside the Star of David. The decision tested Twitter’s approach to content moderation under new owner Elon Musk, whose decisions around account suspension and reinstatement have angered critics of the platform. Aspiring Twitter rival Parler also announced Thursday that its deal to sell the site to Ye fell through in mid-November.

Canucks want more bucks. Canadian policymakers want Big Tech to champion the Great White North, but industry executives are mounting a stiff defense. The Wall Street Journal reported Friday that top tech companies are resisting proposed rules that would force them to give preference to Canadian content on their platforms. Canadian officials, including Prime Minister Justin Trudeau, argue the regulations will help domestic artists and creators who profit from digital content. Tech leaders, however, said the proposal would place government interests ahead of users and many creators. Several other countries are watching the skirmish as they consider introducing similar legislation.

The legislation will “protect the future of our culture as Canadians,” said Pablo Rodriguez, Canada’s heritage minister, appointed last year by Mr. Trudeau to implement the rule changes. “This is simply about the digital platforms paying their fair share toward our culture.” The money, he added, would help increase the amount of French-language and indigenous-made programming in the country.

But Alphabet’s YouTube division, as well as TikTok and streaming companies such as Netflix, have objected to the proposal in a series of private meetings with Canadian officials, according to people with knowledge of the talks, and in testimony before parliamentary committees.

Amazon plans to lay off more than 10,000 workers. Its CEO just defended the hiring spree that caused the cuts, by Tristan Bove

Meet the VC who was a ‘horror story’ for Sam Bankman-Fried and why he passed on investing in Alameda Research, by Anne Sraders

Elon Musk says he will test out his own brain implant as he makes major Neuralink announcement, by Tristan Bove

Apple’s attack on crypto shows a monopolist protecting its own payments empire, by Jeff John Roberts

With Bret Taylor’s departure from Salesforce, just 7 companies in the Fortune 500 have a co-CEO, by Lila MacLellan

Around 90% of tech companies say they’re turning to remote work for this reason, by Tristan Bove

A pregnant pause. An attempted semiconductor smuggling operation hit a baby bump in the road last week. Bloomberg reported Thursday that Chinese customs officials recently arrested a woman carrying 202 processors and nine smartphones under a pregnancy prosthetic as she crossed the border from Macau. The smuggling attempt highlighted the huge demand for semiconductors in China, which is dealing with a COVID- and sanctions-induced supply shortage. Secondhand sellers can offload chips to buyers at hundreds of times the original cost, fueling an underground market in the republic. Customs officials grew suspicious of the pregnant woman, who looked like she was about to burst, when she said she was five or six months along.