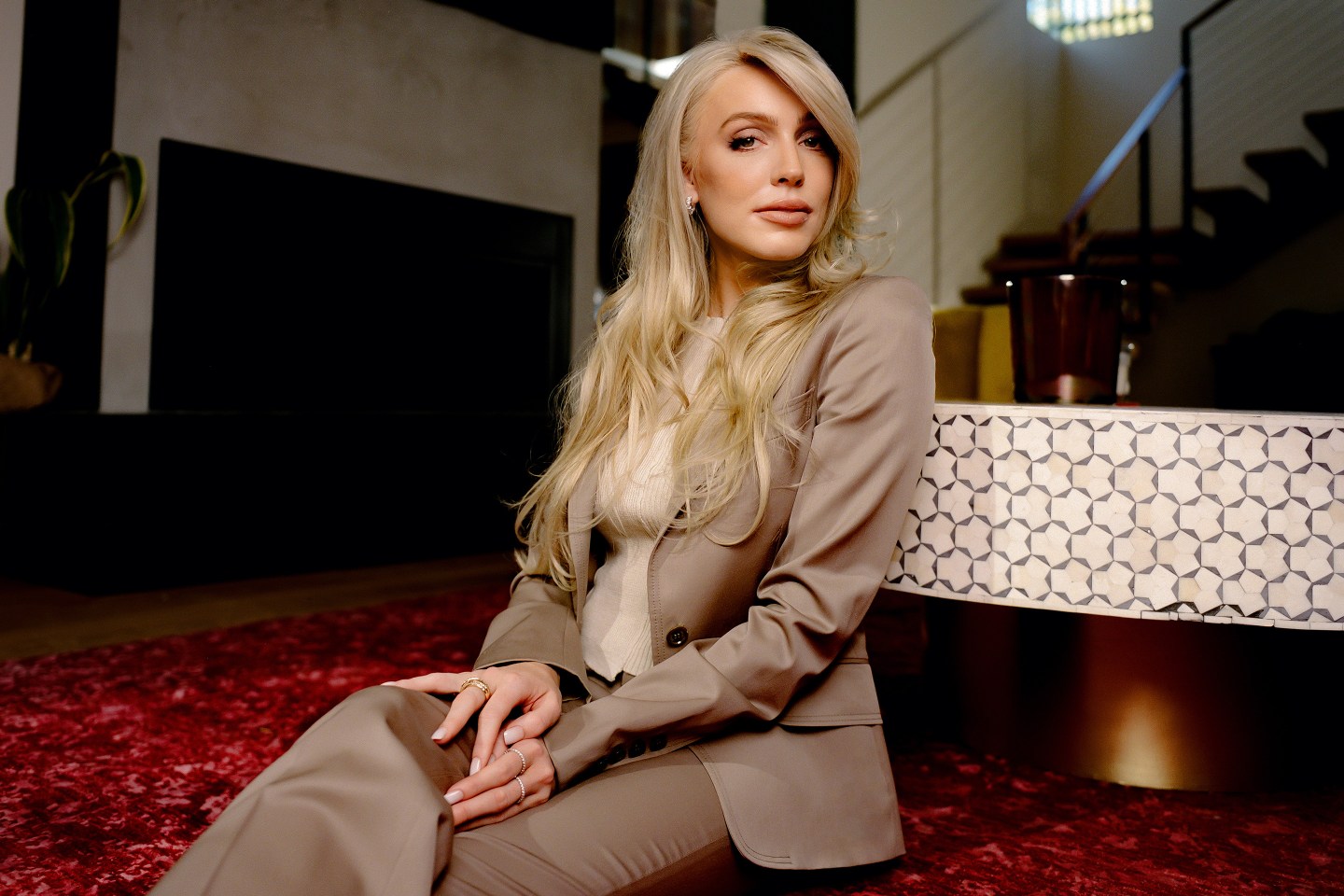 Good morning, Broadsheet readers! Today’s guest essay comes from Fortune tech reporter Alexandra Sternlicht, who takes us inside the reporting process for her new feature about Call Her Daddy podcaster Alex Cooper. Plus: Disney’s CFO was a critical figure in the return of Bob Iger and Taiwanese President Tsai Ing-wen steps down as president of her party. Have a great Monday.

– Tale of two Alexes. While reporting and writing my new feature on Call Her Daddy’s Alexandra Cooper, I became acutely aware of my shortcomings. I’m not the No. 2 podcaster on Spotify. I don’t have a three-year, $60 million deal to exclusively license my content. And young women certainly never approach me on the street to declare their love. You get it; I’m not famous.

I’ve also never written for the Broadsheet before, so let me introduce myself—and explain why I can’t stop thinking about the differences between Cooper and me. We’re both Alexandras, who go by Alex. We’re both under 30 Virgos. And as I discovered in my reporting, Cooper and I even lived in the same building on Manhattan’s Lower East Side.

Like Cooper, I’ve spent my career interviewing people. (We have overlaps in Miley Cyrus, Emily Ratajkowski, and designer Danielle Guizio, to name a few.) My lifetime earnings probably total what Cooper takes in a month. But the real kicker: I own zero of my intellectual property after a career at three top publications.

As luxurious as it would be to earn $20 million a year or leave 5 million listeners hanging on my words weekly, what really gets me to facepalm is that Cooper owns her intellectual property and gets paid for just that. That’s why I profiled her for Fortune’s December/January issue, which features fellow 40 Under 40 honorees. The amount of control, ownership, and leverage Cooper has over her podcasting empire is almost unprecedented for a creator. Call Her Daddy is Cooper’s broadcast of lived experience. In other words, the IP equates to an empire built on her personality, and her influence seems to grow with each episode.

This influence may turn to dollars. As Cooper offhandedly mentioned as we lounged in her West Hollywood studio (the “Dad Pad”): Amazon offered her more money than Spotify. When her current deal is up, she will likely have the leverage to command even higher pay, ownership, and creative freedom.

All of this is far from typical for a podcaster or creator. Creators don’t usually receive base pay from content platforms. (YouTube pays creators a share of ad revenue, while TikTok and Instagram do not meaningfully pay creators.) In turn, creator personas are shaped by the brands they rep—and often in their videos.

With her big-budget Spotify deal, Cooper can largely refuse social media advertising offers unless they’re from Call Her Daddy sponsors. It’s one way we see her insistence on having control—and often working solo. In Los Angeles, I watched her ad-lib spots for podcast underwriters MAC, DoorDash, and BetterHelp. (She very much seemed to be winging it.) Shortly after recording these ads, she published them and edited a podcast episode with TV personality La La Anthony. Cooper admits her lone-wolf operation may not be sustainable forever, including when and if she has children.

Cooper has 4 million followers across social media, and her influence shows. Her average engagement rate of 16% is far above the industry average. (TikTok star Charli D’Amelio’s hovers closer to 2%.)

Combine the IP ownership with the passionate and engaged following: Could Cooper be the zillennial Oprah? As Spotify chief content officer Dawn Ostroff told me: “She’s the equivalent of an Oprah or an Ellen because she’s able to touch people in a certain way.” That’s the vision—if the company can retain her when the $60 million deal expires.

- No fun. Music to the ears of working parents everywhere: A man in France won the right to be "not fun." He was fired in 2015 after refusing to participate in weekend social events and heavy drinking. A court ruled last week that declining to participate in social activities—like after-work happy hours—is a "fundamental freedom." Washington Post

- Board influence. Disney CFO Christine McCarthy was at the center of the plan to put Bob Iger back in charge. She raised concerns about Bob Chapek's leadership to Disney's board of directors, part of a chain of events that ultimately led to his ouster. Wall Street Journal

- Down but not out. Taiwanese President Tsai Ing-wen stepped down as leader of the ruling Democratic Progressive Party after her party suffered losses in midterm elections, which she framed as a referendum on China's aggression toward Taiwan. Despite stepping down as party chief, she will remain president through the end of her term in 2024. CNN

- Inside Yeezy. A new investigation found that Kanye West led with "fear and manipulation" at Yeezy, creating a "toxic environment" at the Adidas brand. Former employees say West showed them explicit images of his ex-wife, Kim Kardashian, and claim that Adidas executives "turned their moral compass off" because of the lucrative partnership. Adidas says it's investigating the reports. Rolling Stone

- Tragic story. Stanford soccer player Katie Meyer died by suicide in February. Her parents have now filed a wrongful death lawsuit against the university, claiming that she was experiencing extreme distress about being disciplined—for spilling coffee on a football player who allegedly sexually assaulted her teammate—at the time of her death. A Stanford spokesperson said the university "strongly disagrees" with claims it bears responsibility for Meyer's death. CBS Sports

How do WNBA players choose their overseas teams? It's complicated The Athletic

"If you’ve earned your stripes and done the work, you take it with you. You don’t just fly off into space."

—Former InStyle editor-in-chief Laura Brown on being fired from her job at the magazine.