The Cashmere Prince is back: Bob Iger returns to Disney, but some say he never really left 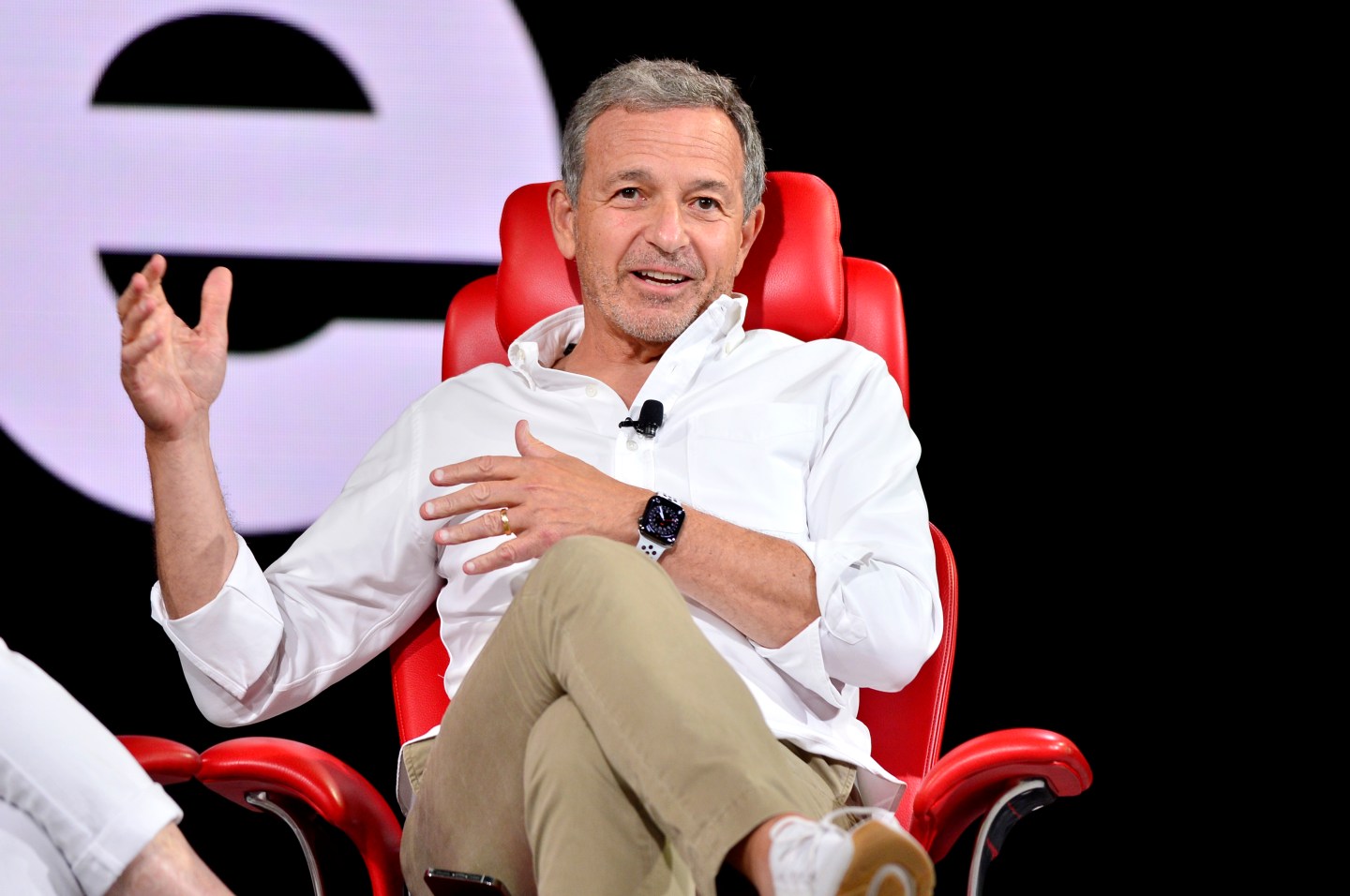 Bob Iger is back in the driver's seat at Disney.
Jerod Harris—Getty Images for Vox Media

Years ago, my former editor, Adam Lashinsky, told me I should write a piece about how Bob Iger would never truly leave the Walt Disney Company. This was after I’d written a 2014 cover story on Iger, detailing why he had become one of the most admired CEOs in entertainment and media history. And it was after the Disney board had already extended the former weatherman’s (yes, really!) contract multiple times, despite his multiple proclamations that he would soon retire.

I didn’t write that piece back then. But you can probably guess what I found myself writing to my former boss Sunday evening: “YOU WERE RIGHT.”

The news that Iger is coming back—ousting that other Bob, current CEO Chapek—has generated lots of excitement, despite the very real challenges Disney faces. (Shares of the company rose about 8% in premarket trading Monday, after dropping more than 40% this year.) To be sure, Iger isn’t the first “boomerang CEO.” He follows the likes of Starbucks’ Howard Schultz, Reddit’s Steve Huffman, and of course Apple’s Steve Jobs, whom he was very close to, among others. But as I highlighted in my 2014 profile, Iger was a visionary leader who returned Disney not just to financial growth but to an era of technological and creative innovation during his first 15-year tenure as CEO. And he did it with unwavering resolve. His return, particularly after Disney’s unremarkable (and sometimes controversial) trajectory under Chapek, is indeed cause for excitement. (You can read the full story about Chapek’s friction-filled tenure as CEO here.)

Under Iger, Disney made some of its biggest bets in the company’s history, buying up content powerhouses like Pixar, Marvel, Lucasfilm, and 21st Century Fox. (Not all of Iger’s bets paid off, but his big ones certainly did.) Iger was criticized for being late to the streaming party, but his launch of Disney+ in 2019 proved that his mantra was right: Content is King. Disney+ blew past its first-year subscriber expectations, even as more and more competitors entered the already-saturated market. The conclusion? Quality matters, and Iger brought—and bought—it in spades while serving as CEO of Disney.

So what happens next?

In his 2019 book, The Ride of a Lifetime, Iger shared the lessons he had learned while running Disney. Those included optimism, courage, decisiveness, and fairness. He will need all of those attributes in the months and years to come. Disney faces plenty of upcoming challenges, like a tightening economy, inflation, and a complex geopolitical landscape. There’s also the political >storm in Florida, over gay rights, and now-slumping subscriber growth for Disney+. In short: it’s a long list of things to fix, even for “Mr. Fix It.”

My guess is that Iger will first take a good, hard look at the people running Disney today and see where he needs to shake things up. (Personally, I’m dying to see if he will bring Zenia Mucha, Disney’s long-time communications head, out of retirement.) And then? Well, I wouldn’t be surprised if we see some more bold bets out of Disney. And, a more decisive form of leadership and communication from the company—less of the put-your-foot-in-your-mouth type.

Iger, 71, has agreed to a two-year contract as CEO of Disney, with the board saying he is “uniquely positioned” to lead the company through this “pivotal time.” It’s true that Iger succeeded as CEO by almost every metric imaginable—Disney saw tremendous growth under his first reign. But there was one big thing Iger didn’t get right: Grooming his successor. Bob Chapek was an unimaginative CEO at best—at a company that’s all about imagining. Will Iger get his succession plan right the second time around? If not, we may see many more than two years of Iger. Again.