In some countries, the government is asking companies to give back to fight inflation. Volkswagen is just the latest German company to shell out bonuses worth thousands of euros 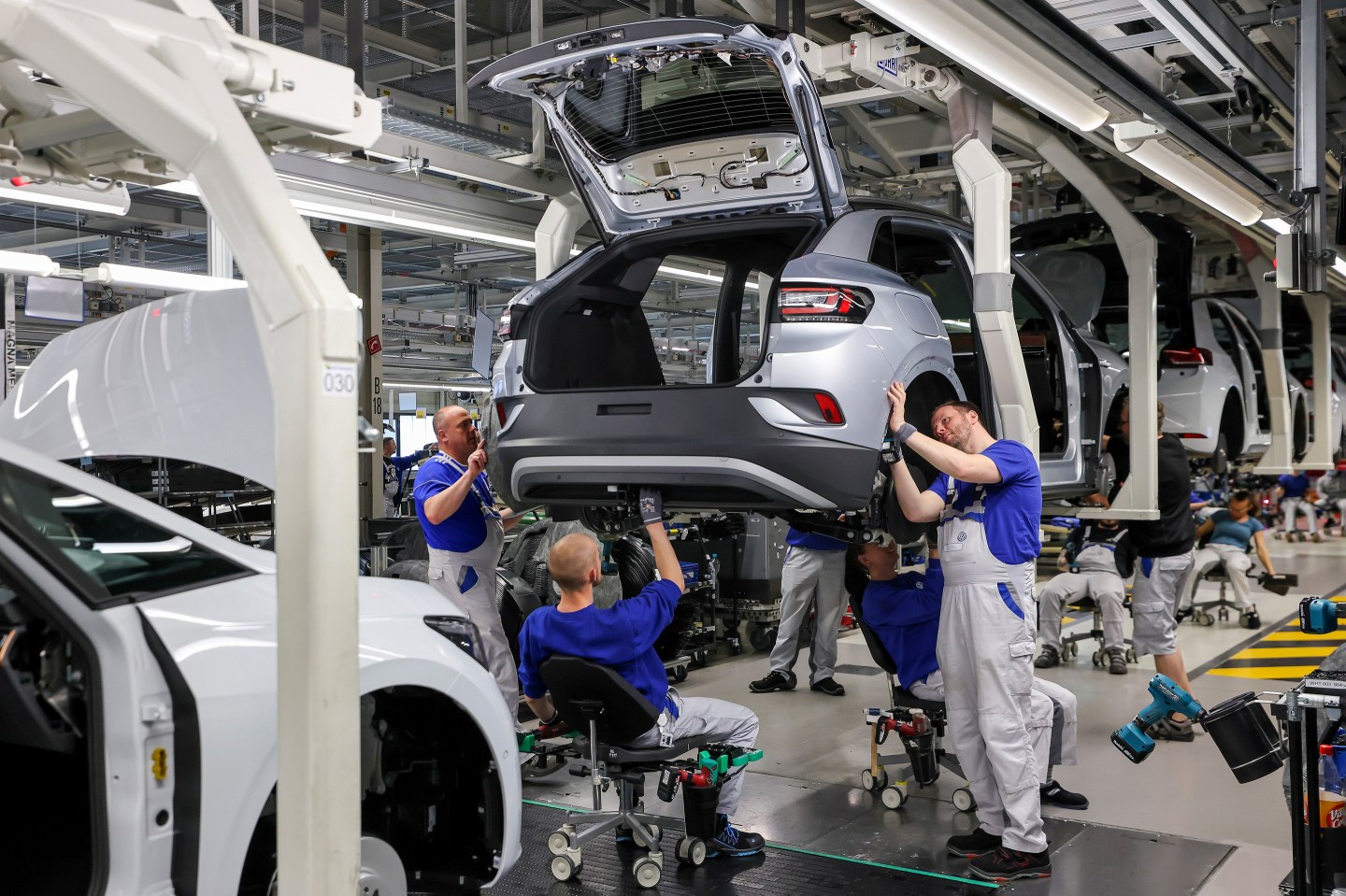 Inflation hit record highs around the world this year, sending central banks into panic mode and hitting the pocketbooks of workers everywhere.

In the U.S., politicians like Joe Biden have bemoaned higher prices and even engaged in some tough talk about oil companies that “gouge the American people.” But the government has done little in terms of directly influencing the pay of citizens.

The picture looks very different in Germany, though, where the government said it would waive taxes on inflation bonuses of up to 3,000 euros through 2024. Chancellor Olaf Schlotz said in September that it’s up to companies if they want to implement those bonuses or not, but added: “I am sure that employees will be happy to receive a tax-and duty-free payment in addition to the agreed wage.”

Since the government announced the new policy, a slew of companies have stepped up to give their workers a little boost, and about half of companies are expected to pay those types of bonuses, Reuters reported, citing a survey from the WTW consulting firm.

Volkswagen is the latest company to provide an end-of-year inflation bonus for its German workers, announcing this week the company will pay them 3,000 euros after taxes, in addition to an 8.5% wage hike over a two-year time span to some specific employees.

“The wage agreement must not obscure the fact that we must continue to keep our costs strictly under control,” said the company’s union negotiator Arne Meiswinkel. “This is the basic prerequisite for continuing our transformation at the necessary speed and securing our competitiveness and jobs.”

Other companies have also made similar announcements, though they have given less than the total tax-free limit set by the government. Earlier this month, Deutsche Bank said it would pay 1,500 euros to its employees based in Germany. Commerzbank announced a 2,000 euro bonus a few days earlier. And Italian lender UniCredit said in November that it would make a one-off payment of 2,500 euros to its German staff.

It seems that Italy is taking notes from its German neighbors. The Italian government approved an aid package worth 9 billion euros last week, part of which will go to helping employers in that country pay out tax-free bonuses of their own. France and Austria are implementing similar policies, according to WTW consulting.

While those inflationary bonuses will certainly be welcome news to workers, many unions are still struggling to negotiate higher wages after locking in agreements years ago that did not take the sudden inflation spike into account.

In countries that are not implementing government inflation bonus policies, some countries have given workers extra money, but they are more rare. British car manufacturer Rolls-Royce paid employees a bonus of 2,000 pounds and promised a wage increase in July to help them cope with inflation in the U.K. And in the U.S., companies like Lowes offered inflation bonuses to its workers, which it calls associates, in August, though it is in the minority of companies to do so.

“These associates have the most important jobs in our company, and we deeply appreciate everything they do to serve our customers to deliver a best-in-class experience,” CEO Marvin R. Ellison said on a quarterly earnings call.