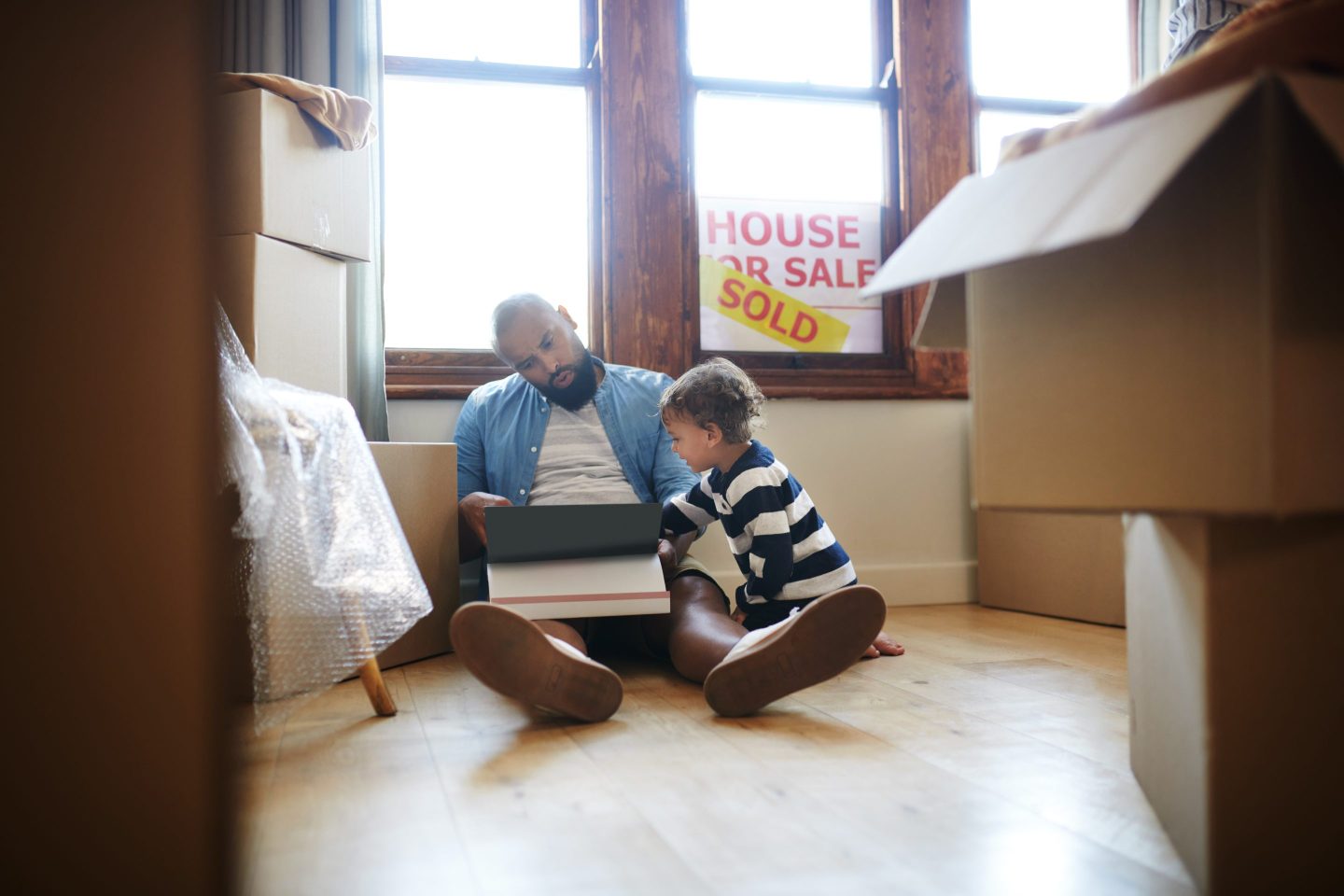 "The caliber or the size and quality of homes that will sell for $1.5 million have all really fallen."
Dean Mitchell

After a pandemic-inspired move to the New Jersey suburbs, Rebecca Goldberg Brodsky was itching to get back to Brooklyn. A co-founder of a communications agency, she missed the vibrancy of New York City, and the connections she made while living there.

Goldberg Brodsky and her husband searched Brooklyn neighborhoods for six months, but had no success with their budget of around $400,000. So they decided to “go all in,” she says, moving around their assets so they could spend significantly more. Eventually, they found a three-floor apartment—it is located in a building built int he 1850s—for $1.1 million in Park Slope and moved in in Sept. 2021.

Ecstatic to live somewhere with good public schools and a bustling community, Goldberg Brodsky was willing to overlook the old flooring, lead paint, and the dizzyingly-high price tag. That is, until her “new” refrigerator didn’t work—and an exterminator found the apartment was infested with mice.

“It was a lot more expensive than we expected to be,” says Goldberg Brodsky, estimating they spent around $30,000 on the kitchen renovation. “We’re very fortunate in many ways in that we did make more money during COVID, and we could band together to make this work.”

Soon, dreams of using their renovation budget on new paint and floors dissipated; Goldberg Brodsky and her husband instead had to spend tens of thousands of dollars vermin-proofing their new home by putting metal mesh in the walls and replacing old windows.

They’re far from alone. In today’s housing market, even a price tag of over $1 million doesn’t guarantee buyers a luxury home in some areas. In fact, many are finding they have to shell out more after the purchase—potentially tens of thousand of dollars—to make their new homes livable.

Of course many new homeowners want to update kitchen cabinets or change the bedroom paint color for aesthetic reasons, as Goldberg Brodsky and her husband intended to do. But during the hot housing market of the past year, with many buyers taking whatever home they could get and price rising exponentially, spending seven figures was often just the start of the financial journey.

“I’m okay with it mentally as long as this economy holds up, and it doesn’t turn out to be a catastrophic event,” says Goldberg Brodsky. “My hope is five, 10 years from now I can say it was worth it.”

Houses are getting smaller—and older

“The caliber or the size and quality of homes that will sell for $1.5 million have all really fallen because the overall price levels have pushed so very high in the past couple years,” says Tucker. “Homes that look surprisingly normal rather than lavish mansions are now selling at this pretty extraordinary price point.”

An older home doesn’t necessarily mean it’s in bad shape. But it does increase the chances of needing certain updates to bring it up to modern code. Especially in pricey West Coast markets, $1.5 million “can be just enough to buy a bit of a fixer-upper,” says Tucker.

“People might be paying that much for a home and finding decades-old heating systems or electrical systems,” says Tucker. “Not only have they spent $1.5 million on the home, they need to turn around and shell out tens of thousands of dollars on major system repairs.”

A few years ago, a home in the most expensive neighborhoods in a place like Seattle would have only been priced at or above $1.5 million if there was something truly unique or custom about it, says Tucker. Now, whole neighborhoods are priced at that level.

Amanda McAvena and her husband spent more than double that—$3.5 million—for a townhouse in Brooklyn last year that's had to undergo its fair share of renovations. Like Goldberg Brodsky, McAvena also had to redo the kitchen when she moved in.

"The listing photos, they did a pretty good job, but...there wasn't even basic things to live with, the stove barely worked," McAvena says. Upon moving in, she and her husband soon had to replace cabinets covered in lead paint, the main water pipe, and the windows throughout their home.

It's disappointing, the 36-year-old says, especially since she and her husband saved since their early 20s to buy their new home.

"There was no family support network, there was no gifting," she says. "We put all of that savings into this, and we have pink bathrooms. Our hot water tank went out right away. It certainly is not a glamorous house."

That said, McAvena is confident they will recoup their investment one day. They plan to live in the home for 20 to 30 years, raising their children there and enjoying everything the neighborhood has to offer.

Goldberg Brodsky also has no regrets. She feels a deep connection to her neighborhood and couldn't imagine living anywhere else but NYC; she says her business is thriving.

"We’ve made peace with what we can do. We’ve made memories regardless," she says. "If anything, it can only go up from here."