England’s most valuable football club is planning to sue one of its greatest players over mean things he said in an interview, report says 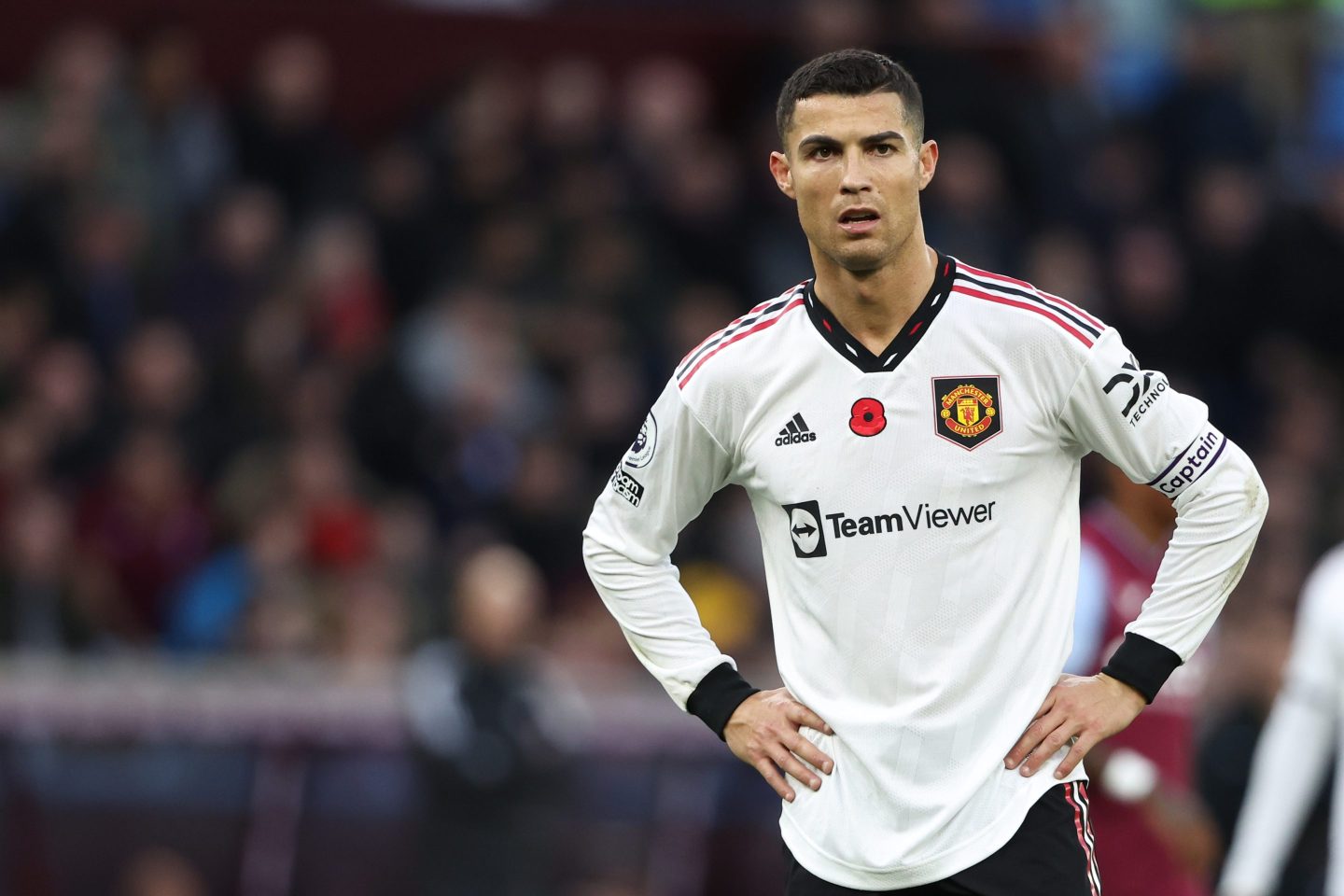 “I feel betrayed,” Cristiano Ronaldo told Piers Morgan of his treatment by Manchester United, the giant club that Forbes ranked this year as the most valuable in England, behind only Real Madrid and Barcelona worldwide.

Apparently he’s not the only one.

Manchester United is planning to sue Ronaldo, one of the world’s greatest soccer players and one of the greatest in its own storied history, after an explosive interview with the British broadcaster, Piers Morgan.

The professional football club has appointed lawyers to sue Ronaldo for breach of contract, the Guardian reported on Friday. Both parties look likely to get what they want out of this—Ronaldo never playing for the club again. The real battle may be over how much of his $70 million salary he will eventually be paid.

The club’s official statement was tight-lipped. “Manchester United has this morning initiated appropriate steps in response to Cristiano Ronaldo’s recent media interview,” it said in a statement on Friday. “We will not be making further comment until this process reaches its conclusion.”

The Guardian also reported that Ronaldo has been instructed not to return to the club’s training base after playing with Portugal in the World Cup in Qatar.

So how did things get to this, and what exactly did he say to Piers Morgan?

‘I’m not that kind of player’

Ronaldo became a worldwide star during his first stint at United, from 2003 to 2009, when he won virtually every honor that exists in the sport. Then he was transferred to Spain in a record-breaking deal and grew even more famous, with his Real Madrid competing against the only club and player considered his equal or better: Barcelona’s Lionel Messi. After a move to Italy, he returned to United with much fanfare in 2021.

But age comes for us all, and the now 37-year-old Ronaldo was mortified to see United fall out of his favorite competition, UEFA’s Champions League, and has been reportedly and even visibly trying to force his way out ever since. For instance, he has walked out of multiple matches when he wasn’t starting or featured to his liking.

Matters came to a head in October, when United actually won a crucial match against Tottenham Hotspur and Ronaldo was displeased. He refused to come on as a substitute and actually walked down the tunnel to the locker room while the game was continuing.

On Morgan’s Uncensored show airing on TalkTV, Ronaldo explained his behavior. “You want to put me on for three minutes against Tottenham? It doesn’t make sense,” criticizing manager Erik Ten Hag’s coaching choices even though he won the match. “Not allowed for me, a coach to put me in three minutes in a game. Sorry, I’m not that kind of player.”

“I regret. I apologize. I’m not perfect. I made a mistake, but to suspend me for three days for that, I think it’s too much. They [made] fire for the press, which really disappointed me,” Ronaldo said, calling it a strategy by the club to push him out after his walkout. He also said the Glazer family, the Tampa-based owners of Manchester United, “don’t care” about the club.

He also criticized Ten Hag’s predecessor as manager, Ralf Rangnick, a German coach who had never coached in England before. “If you’re not even a coach, how are you going to be the boss of Man United? I’d never even heard of him.”

Then Ronaldo got nostalgic for Sir Alex Ferguson, the legendary manager who first made him a star, while continuing to criticize the current state of the club. “Nothing has changed here since Sir Alex left,” he said, accusing the club of incompetence. He said that he returned to find that behind the scenes, the pool, jacuzzi, gym, and food are unchanged from 2009. “Manchester United made zero progress.”

Perhaps most serious was Ronaldo’s personal criticism of the club’s executives. He accused them of not accommodating a family tragedy this past April, when his newborn son suddenly died and another newborn, a twin sister, was sick. “The executives at Manchester United didn’t seem to 100% believe my newborn daughter was ill. It’s painful because they didn’t take my word for it.”

Of course, if Sir Alex Ferguson was still the manager, Ronaldo might be displeased with how he would handle this matter. This isn’t even the first time an explosive interview has ended a star player’s relationship with the club. In 2005, club captain Roy Keane (widely considered the inspiration for Ted Lasso’s “Roy Kent) was interviewed by United’s in-house TV channel, MUTV, and his Ronaldo-like rant was not only “unbroadcastable,” but Ferguson made sure he never played for United again.