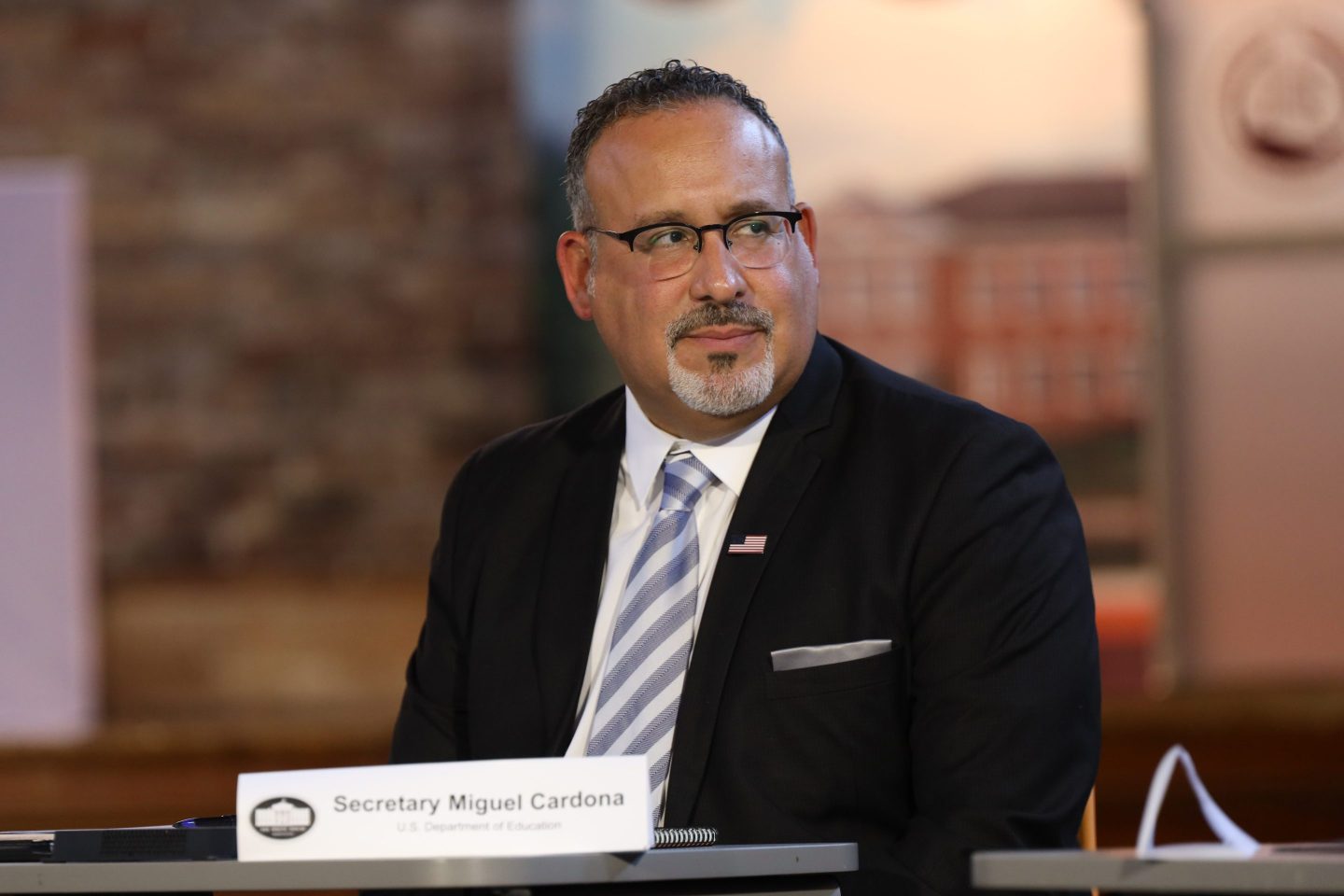 The settlement applies to borrowers who submitted a borrower defense to loan repayment application to the federal government before June 22, 2022.
Colin Myers—Claflin University/HBCU/Getty Images

Do you have questions about student loan forgiveness? Please email them to reporter Alicia Adamczyk at alicia.adamczyk@fortune.com.

Approximately 200,000 people who attended schools that defrauded them will have their student loan debts completely wiped, a U.S. district court ruled in a landmark decision Wednesday.

That’s over $6 billion in debt erased for borrowers who are part of Sweet v. Cardona, a class action lawsuit filed in 2019 by borrowers who attended one of the 153 mostly for-profit colleges named in the suit. In addition to the automatic loan cancellation, they will also receive refunds for payments they’ve made and adjustments to their credit scores within one year.

For Michael Spada and his wife, who both attended the now-closed Art Institute of Pittsburgh, that means a fresh start on life, Spada tells Fortune. Combined, the couple has over $110,000 in federal student loans that could now qualify for cancellation, as the school didn’t deliver any of the promises it made when they signed up for classes, such as help with job placement.

“It would literally be a new lease on life,” says Spada, 38. “It would leap us ahead and maybe we would be able to look for a home, or just live our lives.”

They are just two of hundreds of thousands who will benefit. The settlement applies to borrowers who submitted a borrower defense to loan repayment application to the federal government before June 22, 2022. This application allows those who attended schools that misled them or engaged in other predatory behaviors to have their loans discharged.

Some of the schools named in the suit include ITT Technical Institute, Corinthian Colleges, DeVry University, the Art Institute, and many others.

The borrowers filed the suit during former President Donald Trump’s administration, claiming the federal government was delaying or not even processing Borrower Defense to Repayment (BDR) applications. The BDR program cancels federal student loans for borrowers who can provide evidence that they were misled by their institution of higher learning about things like admissions criteria or job placement.

In addition to those whose loans will be forgiven automatically, tens of thousands more who filed BDR applications but are not on the approved schools list will be given decisions on their applications within a set timeframe.

The settlement comes as other student loan forgiveness plans by the Biden administration have been put on hold by two other federal judges.

While Julia, who asked that her last name be withheld to protect her privacy, is not part of the settlement class, she says the ruling gives her hope that her borrower defense application will now be approved.

The 27-year-old, who has cerebral palsy, submitted her borrower defense application three years ago; it’s been pending ever since. She says having her debts forgiven would allow her to finally move forward with her life and ease her stress and anxiety. She has also applied for Biden’s widespread student loan forgiveness program as a back up.

“Honestly I am trying not to get my hopes up. If it does go through, it will be the first step of many to take down schools that are ruining peoples lives,” she says. “I’ve spent almost all of my 20s just being stuck in a place where I never thought I’d be. It feels like you’re being trapped and there’s nothing you can do.”