Biden’s student debt plan was just blocked again, this time by a federal appeals court. Here’s what happens next 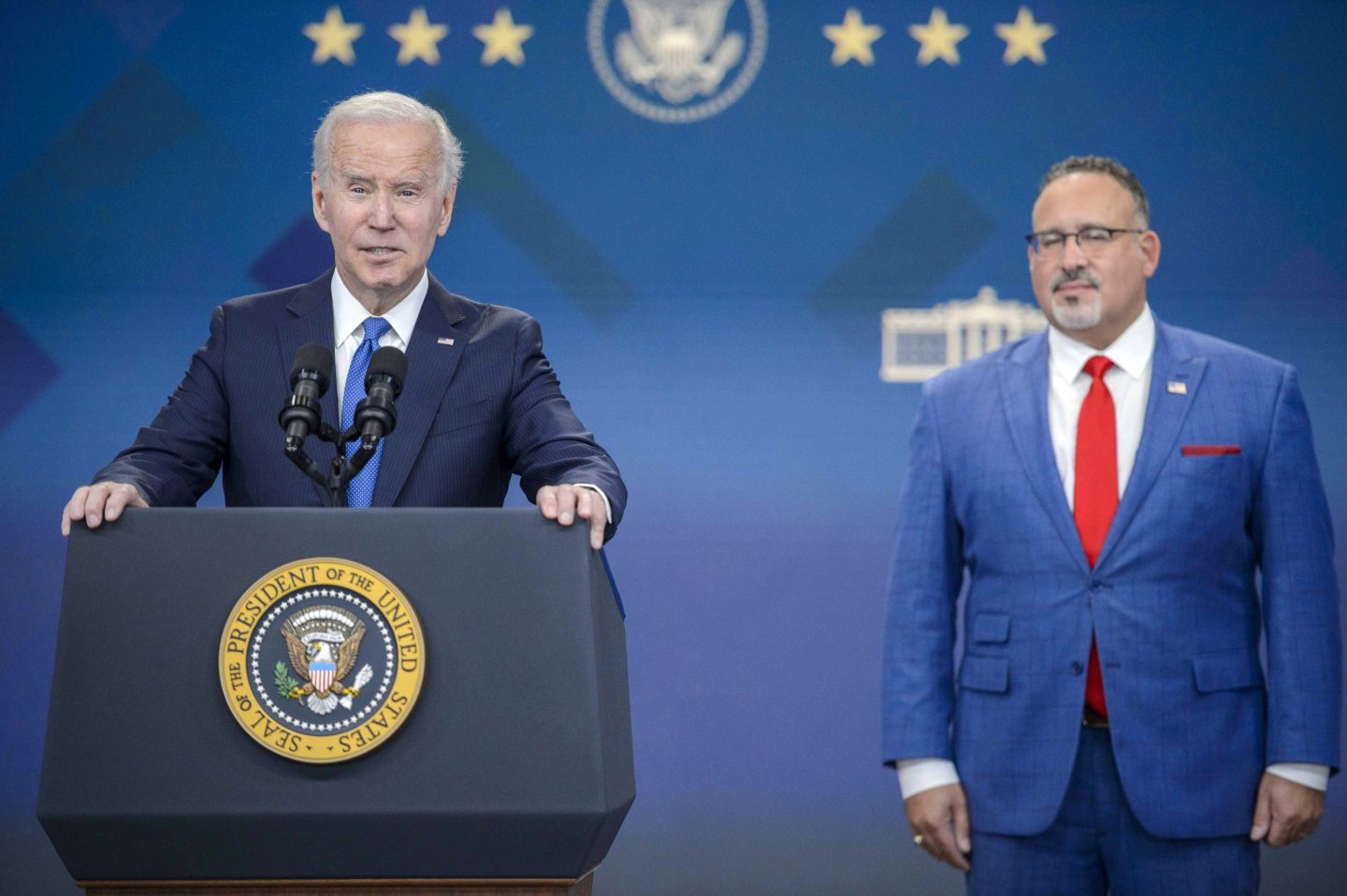 How do you think the Biden administration should handle the student loan crisis? Email senior reporter Alicia Adamczyk to be featured in a future article.

President Joe Biden’s widespread student loan forgiveness plan was blocked for the second time in less than a week, this time by the Eighth Circuit Court of Appeals in St. Louis.

“The injunction will remain in effect until further order of this court or the Supreme Court of the United States,” the panel of appeals court judges wrote in the ruling.

The judges, all appointed by Republican presidents, say that the state of Missouri has standing to challenge Biden’s debt relief program because of the revenue that could be lost by MOHELA, a federal student loan servicer.

“It is alleged MOHELA obtains revenue from the accounts it services, and the total revenue MOHELA recovers will decrease if a substantial portion of its accounts are no longer active under the Secretary’s plan,” the decision reads. “This unanticipated financial downturn will prevent or delay Missouri from funding higher education at its public colleges and universities.”

The decision comes just a few days after a federal district judge in Texas ruled the plan was unlawful. The Biden administration immediately appealed that ruling, and it now heads to the Fifth Circuit Court of Appeals.

Since Biden announced his student loan forgiveness plan at the end of August, it has been hit with lawsuit after lawsuit by conservative and libertarian groups who say widespread forgiveness is unfair. Some of the suits have been dismissed, including by the U.S. Supreme Court.

The rulings and subsequent appeals have prevented tens of millions of borrowers from receiving up to $10,000 to $20,000 in federal student loan forgiveness. Approximately 16 million borrowers applied for and had their applications for forgiveness processed before the U.S. Department of Education was forced to close the application portal last week. The White House says some 40 million borrowers would qualify for forgiveness under the parameters it set for the program.

Borrowers are now left confused about what will happen with their loans and how much they will owe come January, when federal payments are set to resume following the COVID-19 payment pause.

The Biden administration is still working to forgive student loan debt through other avenues, including by retooling the Public Service Loan Forgiveness program and expediting relief for borrowers who have been defrauded by their institutions of higher learning.