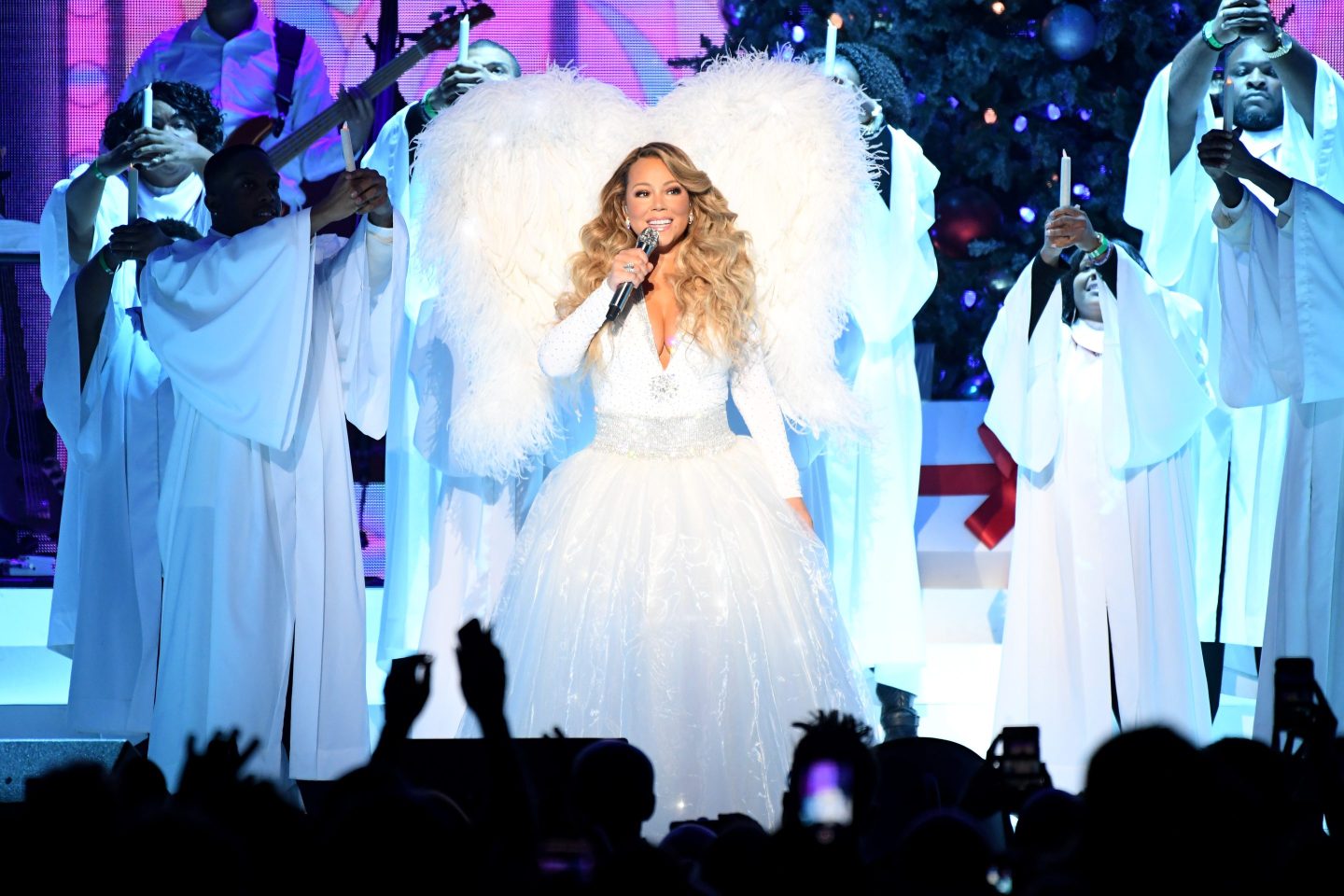 Mariah Carey has sold over 16 million copies worldwide of her hit single "All I Want for Christmas Is You."
Kevin Mazur—Getty Images for MC

Mariah Carey is only the unofficial “Queen of Christmas.”

The world-famous “All I Want for Christmas Is You” singer was rejected in her attempt to trademark the title on Tuesday, just weeks before Christmas, following a court battle that began in March 2021.

Carey and her team wanted to claim the sobriquet, among other titles, so it could be used for merchandise; the trademark application also included “QOC,” “Princess of Christmas,” and “Christmas Princess.” Among other merchandise, such phrases would be used on fragrances, nail polish, mugs, lingerie, and even coconut water, according to the documents.

Having sold more than 16 million copies of the iconic single worldwide—making it the 11th-best-selling single of all time—Carey is the obvious choice for many as Christmas royalty.

But before any ruling could be determined by the U.S. Patent and Trademark Office, a formal declaration of opposition against the trademark was filed by musician Elizabeth Chan, who built her own career as a Christmas songstress over a decade and released 12 albums dedicated to the holiday. Chan even named her own daughter Noelle and has created her own label called Merry Bright Music.

Chan partially sees herself as the Queen of Christmas, having been described as such in a profile by the New Yorker published in 2018. She subsequently used it as the title of her 2021 album.

However, far from taking ownership, Chan claims she is a firm believer that anyone can and should be free to take on the responsibility. In August, she told Variety, “I feel very strongly that no one person should hold onto anything around Christmas or monopolize it in the way that Mariah seeks to in perpetuity… Christmas is for everyone. It’s meant to be shared; it’s not meant to be owned.”

Even Carey herself appeared to have turned down the description in an interview on the Zoe Ball Breakfast Show in 2021—a detail noted by Chan’s lawyer in the declaration. Carey said, “I just want to humbly say that I don’t consider myself that,” adding that she simply loves Christmas and that “Mary [mother of Jesus] is the Queen of Christmas.”

On Tuesday, Chan won her challenge when the board ruled that the title doesn’t belong to anyone at all—officially. Carey’s team reportedly ignored the opposing filing in a “classic case of Trademark bullying,” according to Chan’s attorney.

“It was difficult to be the one to stand up” against Carey, Chan said in a Page Six report following the decision. She added that it was necessary “to protect and save Christmas.”

Chan isn’t the only musician who can celebrate, since singer Darlene Love was also given the crown by David Letterman over 30 years ago, courtesy of her hit “Christmas (Baby Please Come Home).”

Meanwhile, Brenda Lee, who sang “Rockin’ Around the Christmas Tree,” can also retain her crown. As can Dolly Parton, who was even given permission by Carey in a recent tweet.