Allyson Felix turned to Athleta for advice when she founded her own brand. Then she won an Olympic medal wearing her brand’s shoes 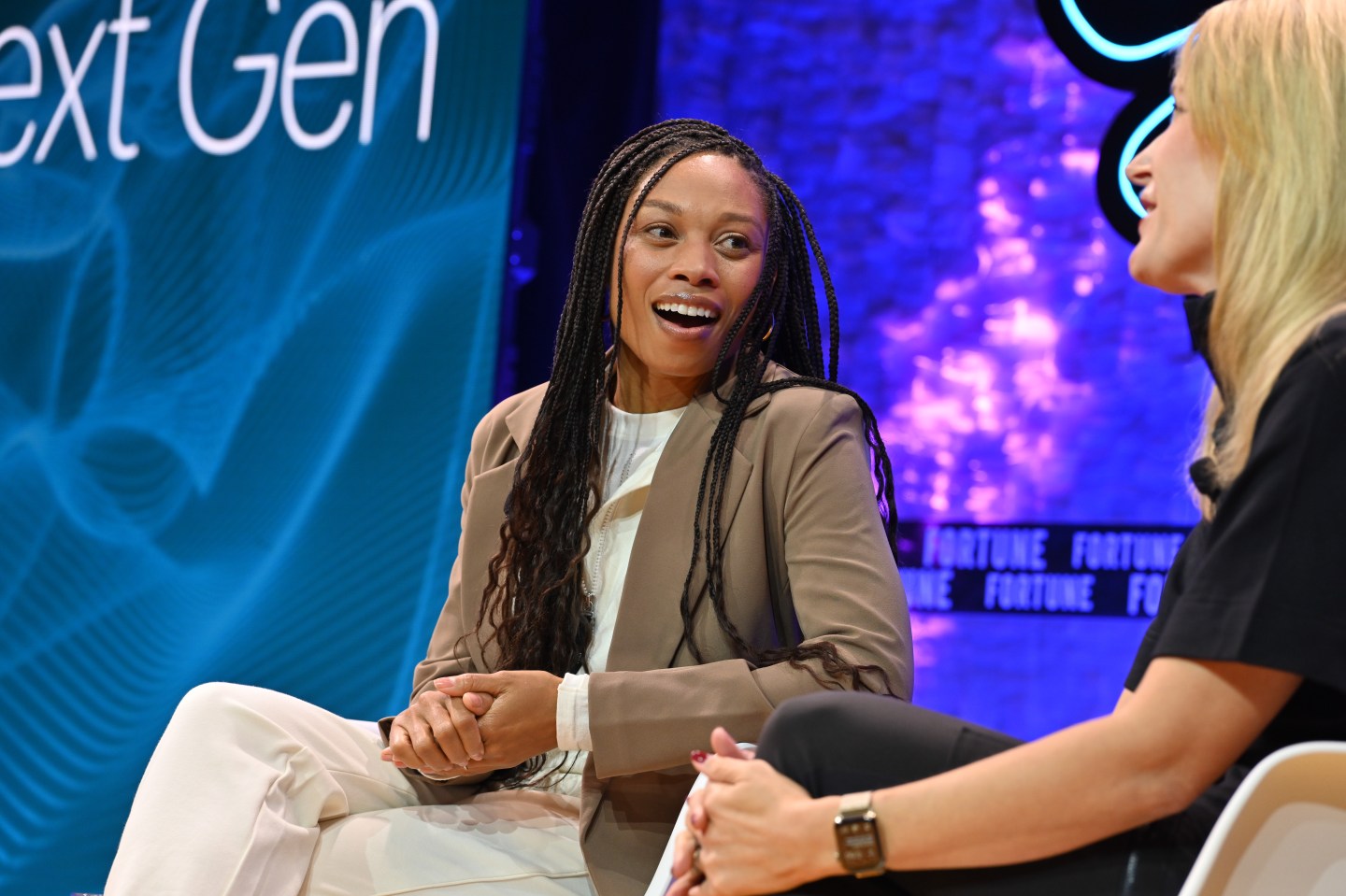 Go for Gold. Allyson Felix is the most decorated track & field Olympian in history, boasting 11 medals. Since retiring this year, she’s launched additional collections with Gap Inc.’s athleisure brand Athleta and thrown herself into maternal health activism, particularly for Black women and athletes.

“I’ve been so empowered. They’re like my big sister,” Felix said of Athleta on Tuesday at Fortune Most Powerful Women Next Gen Summit in San Diego.

She hasn’t always felt this way about her partnerships. In 2019, Felix penned a bombshell article for the New York Times, recounting her “heartbreaking” experience negotiating her contract with longtime sponsor Nike while pregnant. Nike had proposed a 70% pay cut and refused to honor the maternity protections she requested.

Following the publication of Felix’s piece—and facing widespread outcry and a congressional inquiry to boot—Nike relented, adjusting its maternal policy and vowing not to reduce sponsor contracts for nearly a year after athletes give birth.

For Felix, the reversal was too late. She left Nike that year for the women-focused athletic wear brand Athleta, helmed by CEO Mary Beth Laughton.

Felix contrasts her former and current sponsorships. At Nike, she interacted solely with male executives. “If a woman was at that table, we probably wouldn’t have had the same outcome,” she said.

The brand also focused squarely on “the pure dollars of it all,” she said, as opposed to her Athleta partnership. “We’re focused on impact and change, and that doesn’t always come through on paper.”

Laughton said that Athleta set out to flip the script on traditional sponsorship from the outset. “We really want to partner with people who share our values and passion for our mission [and] ignite the limitless potential of women and girls,” she said.

In the three-plus years since Felix partnered with Athleta, she’s launched five collections and created the shoe and lifestyle brand Saysh, which Athleta invested in.

“I learned that sneakers have been made off the mold of a man’s foot, and I was just appalled by that,” Felix said. “This has got to stop.”

Felix won her 10th Olympic medal in Tokyo wearing Saysh shoes, which she called the high point of her career. “I was able to show women we can bet on ourselves and do things outside the box in a nontraditional way,” she said. “It was the physical embodiment of that.”

- Large settlement. Goldman Sachs allegedly paid over $12 million to a female partner who complained about the firm’s toxic work environment. The unnamed woman, who has since left the bank, detailed vulgar and dismissive comments about women from bank executives, including CEO David Solomon. The firm disputed the report. Bloomberg

- Grammy noms. Beyoncé could beat the record for the most Grammy award wins this February. The singer, who currently holds 28 wins, leads with nine nominations this year. New York Times

- New policies. Microsoft will adopt new sexual harassment policies as part of recommendations from a law firm hired by the company to look into reports of misconduct from employees. Among the new policies: an annual report of internal harassment claims and actions taken in response. Bloomberg

- Poor marks. Preterm birth rates in the U.S. rose 4% in 2021, making up 10.5% of all live births that year, according to the March of Dimes’s annual report card. The nonprofit knocked the country down from a C- to a D+. Vermont was the only state to earn an A, with preterm births between 7.7% and 8.1%. NPR

- Women in tech. The number of women entering tech has dropped in the last 40 years. Just one-fifth of people who earned computer science degrees in 2019 were women, according to a new report from Girls Who Code. 19th*

- Noncooperation. The U.S. Justice Department is investigating the killing of Palestinian-American journalist Shireen Abu Akleh during an Israeli military operation in the West Bank in May, Israel’s Defense Minister Benny Gantz confirmed on Monday. Gantz said Israel would not cooperate with the investigation. CNN

- Worth every penny. Tesla chairwoman Robyn Denholm stood behind CEO Elon Musk’s $55 billion pay package during a court hearing on Tuesday. Musk had the “vision and tenacity” to turn the startup into a valuable company, she testified as part of a lawsuit challenging Musk’s pay. Bloomberg

- Blocked ban. A Georgia judge blocked the state’s six-week abortion ban on Tuesday, allowing most abortions to resume. The ruling is likely to be appealed and make its way to the state’s Supreme Court. Politico

Buildings made of wool and fungus? Meet the textile expert who’s making it happen Washington Post

Is Broadway ready for KPOP? Helen Park knows it is Elle

“It’s a hard question to ask yourself: ‘Maybe I don’t want the thing that I’m supposed to want, a marriage, children, any of it.’...That’s an uncomfortable question, especially for a woman to ask herself.”

-Zoë Kravitz reflecting on her divorce from actor Karl Glusman.