Alexa, why is your department shrinking? Because Amazon couldn’t find a profitable use for her 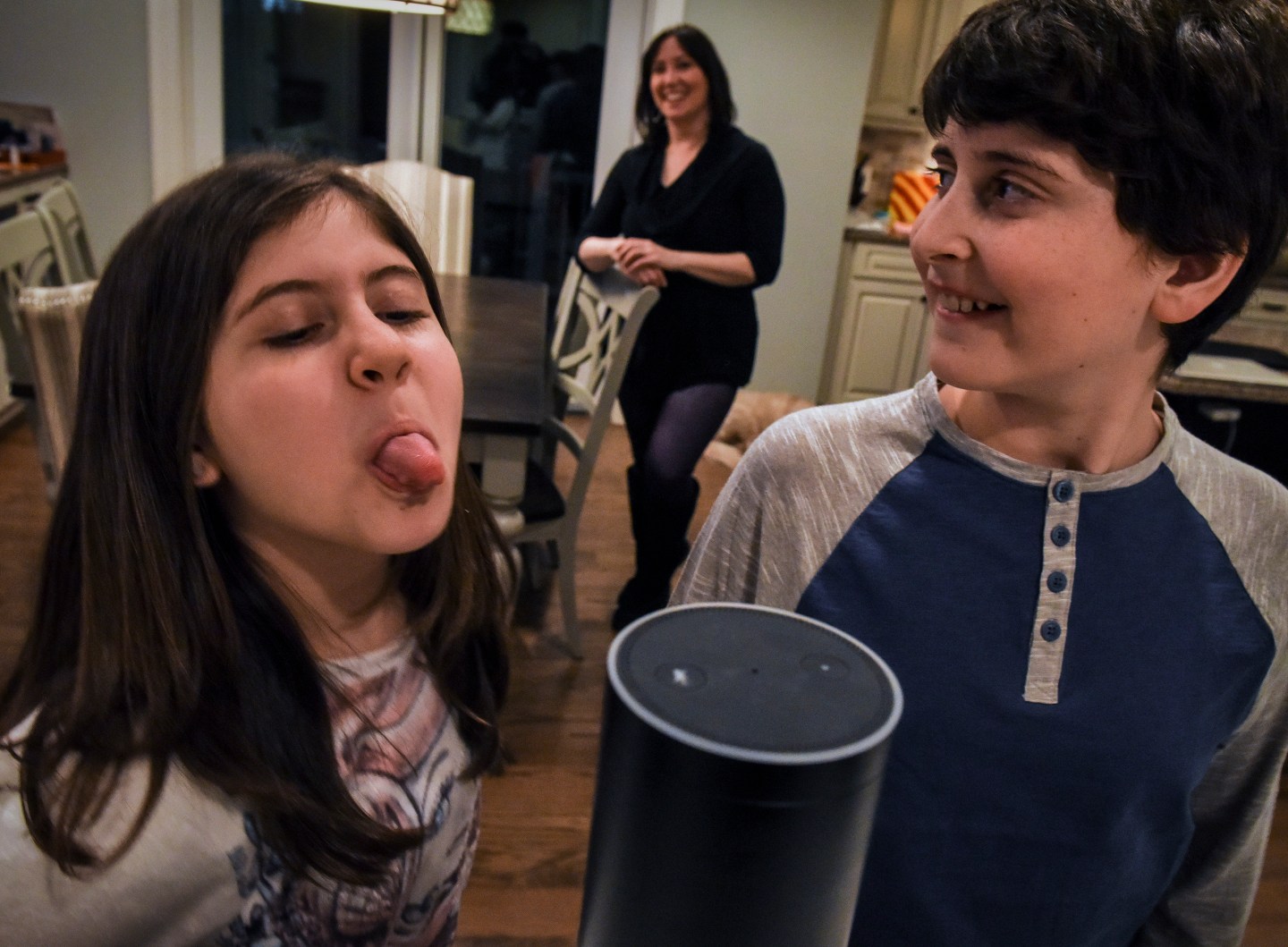 In my dual income, no kids, one canine household, our Amazon Echo only serves three purposes: playing music, setting timers, and notifying us of package arrivals.

In short, Alexa isn’t an indispensable part of our lives. And, most importantly for Amazon, we don’t do anything with Alexa that regularly makes the company money.

The New York Times reported Monday that Amazon’s devices division, which includes hardware and Alexa, would take the biggest brunt of roughly 10,000 layoffs targeting corporate and technology positions. The news dropped less than a week after the Wall Street Journal reported that Amazon’s devices unit has posted annual operating losses of more than $5 billion in recent years, according to internal documents. Sources also told the Journal that “many customers use Alexa for only a few functions.”

The staggering losses reflects Amazon’s inability to capitalize on Alexa, the voice assistant the company has avidly dispatched across dozens of products, from phones and clocks to microwave ovens. While Alexa and its hardware conduits offer an enticing blend of utilitarian options and futuristic features, it never quite found a killer use—let alone one that generated recurring revenue for Amazon.

Alexa offers perfect synergy with Amazon’s e-commerce business, allowing customers to order products with a simple voice command. But consumers haven’t taken to the technology, with a 2020 eMarketer and Bizrate Insights survey finding only 2% of respondents said they use voice shopping tools regularly, compared to 63% who said they didn’t have any interest in the option.

Alexa could have been a snug fit in the smart home sector, enabling users to control their lights, security system, and doorbell from a single app. However, adoption of smart home devices remains relatively modest, with a Deloitte survey this year finding only 25% to 30% of 2,000 respondents employed each of the three aforementioned products. Plus, the imminent arrival of Matter, a wireless device interconnectivity protocol, will reduce consumers’ need for a smart home ecosystem tied to a single company. (Amazon and other major smart home brands have supported Matter, arguing in part that it will accelerate product adoption.)

Amazon still has the ability to better monetize Alexa and its associated hardware—but even those avenues are lined with potholes.

The tech conglomerate has dipped deeper into advertising, with revenues rising from $12.6 billion in 2019 to $31.2 billion in 2021. Amazon could integrate more ads into Alexa, an approach already underway, according to a TechCrunch report in September. But consumers are already wary of privacy and security concerns tied to smart home devices, particularly following multiple reports of Amazon recording and storing audio from Echo owners’ homes.

Amazon also could double-down on Alexa-related innovation, an option under consideration within the company, according to the Journal. A company spokesman told the Journal that Amazon is “as optimistic about Alexa’s future today as we’ve ever been, and it remains an important business and area of investment for Amazon.”

Yet augmenting Alexa likely would require additional investment of money and staff, which runs counter to CEO Andy Jassy’s mandate to cut costs. Jassy, who previously led the high-margin Amazon Web Services unit, is reportedly less enthused by Alexa than his predecessor, Jeff Bezos, a longtime Star Trek fan who saw Alexa as a realization of the ambitious future heralded in science fiction.

Alexa remains too ingrained within the Amazon brand to fade into the night. But until the company can find a better, more profitable outlet for Alexa, her best days might be behind her.

A costly conclusion. Google will pay $391.5 million to settle privacy-related lawsuits brought by 40 states, which alleged the tech giant misled consumers about its data tracking practices, the Associated Press reported Monday. The lawsuits stemmed from a 2018 report that found Google continued to collect location information tied to users who accessed the company’s online services, even after consumers changed privacy settings ostensibly designed to halt Google’s monitoring. Google officials said they ended the practice years ago.

He’s got quite the nerve. Former FTX CEO Sam Bankman-Fried is still trying to raise money from investors to cover the cryptocurrency exchange’s multibillion-dollar shortfall, even after he resigned in disgrace last week, the Wall Street Journal reported Tuesday. Sources familiar with the matter told the Journal that Bankman-Fried and a few FTX staffers have not received investment commitments that would help the company repay its customers. FTX could have more than 1 million creditors in bankruptcy court, the exchange’s lawyers said Monday.

Latest chapter in Epic battle. Apple and Fortnite developer Epic Games jousted in a federal appellate court Monday over the iPhone maker’s app store practices, the latest development in a high-stakes tech case, the Associated Press reported. Epic Games is seeking to overturn a lower court ruling that largely validated Apple’s ability to take a 15% to 30% cut of revenues derived from its app store under current antitrust law. Two members of a three-judge panel appeared to favor Apple’s position, while the third judge did not speak at length.

Eyes still on Elon. The European privacy watchdog responsible for ensuring Twitter remains in regulatory compliance said it is “closely” monitoring the company amid Elon Musk’s chaotic takeover of the platform, Bloomberg reported Tuesday. Ireland’s Data Protection Commission, which has jurisdiction over Twitter’s European operations, said it is “still engaging” with Twitter following an exodus of high-ranking privacy and security executives and widespread layoffs issued by Musk. The regulator could fine Twitter an amount equal to 4% of annual sales if it finds major violations of data privacy.

Catching up with SBF. So what’s former FTX CEO Sam Bankman-Fried up to these days (other than soliciting investors)? He’s apparently playing video games, sleeping surprisingly well, and still not saying much about his company’s multibillion-dollar collapse, the New York Times reported. In his first extended interview since his resignation late last week, which coincided with FTX’s stunning bankruptcy filing, Bankman-Fried expressed regret about the calamity. However, he refused to answer key questions about his leadership of the company and its ties to Alameda Research, the trading fund that reportedly used FTX customers’ money to fund risky, illiquid venture capital bets. Some critics panned the Times for going too easy on Bankman-Fried, but the article offers new insight into the circumstances surrounding FTX’s undoing and the one-time crypto wunderkind’s current state of mind.

Mr. Bankman-Fried’s fall has stunned the crypto world. But in recent months, warning signs had emerged that his business empire was in peril and that his ambitions exceeded his grasp, according to interviews with nine of his colleagues and business partners, as well as internal messages obtained by The New York Times.

As he embarked on a buying spree this year, investing in beleaguered crypto companies, he wasn’t sharing information with key staff. When he was told that he was overextended and was encouraged to hire more employees, he resisted the suggestions. And in Washington, he was pushing an ambitious regulatory agenda while speaking critically about Changpeng Zhao, the chief executive of the rival exchange Binance, who eventually mobilized his extensive Twitter following to set off the run on FTX.

Sam Bankman-Fried pledged billions to charity — inside the ‘rage,’ ‘self-hatred,’ and scramble for answers after the FTX crash, by Jeremy Kahn

Musk has been leaning increasingly Republican, and now he’s moved on to his latest conspiracy theory about SBF laundering money for Democrats, by Christiaan Hetzner

Are the cool kids leaving Twitter? Balenciaga becomes the first major brand to delete its account, by Sophie Mellor

Elon Musk’s longtime friend defends his role designing the Tesla CEO’s $55 billion pay package: ‘He has been as hard working a CEO as there can be’, by Randall Chase and the Associated Press

The NFL’s first openly gay player just raised Series A funding for a social media app dedicated to positivity and community, by Glenn Gamboa and the Associated Press

Getting your kicks. Some rich person is footing one heck of a bill for a pair of old shoes. CNN reported Monday that Birkenstock sandals worn by Apple co-founder Steve Jobs sold for $218,750 at auction over the weekend, roughly triple the amount they were expected to fetch. Julien’s Auctions said the brown suede leather sandals were a staple of Jobs’ attire in the 1970s and 1980s, a period during which he founded the company with Steve Wozniak in a garage. The auction house noted that the footbed of each sandal “retains the imprint of Steve Jobs’ feet,” while the rubber soles “show heavy wear from use.” Still, Jobs has nothing on Kanye West, whose Nike Air Yeezys worn during the 2008 Grammy Awards went for $1.8 million at auction.