Sam Bankman-Fried pledged billions to charity — inside the ‘rage,’ ‘self-hatred,’ and scramble for answers after the FTX crash 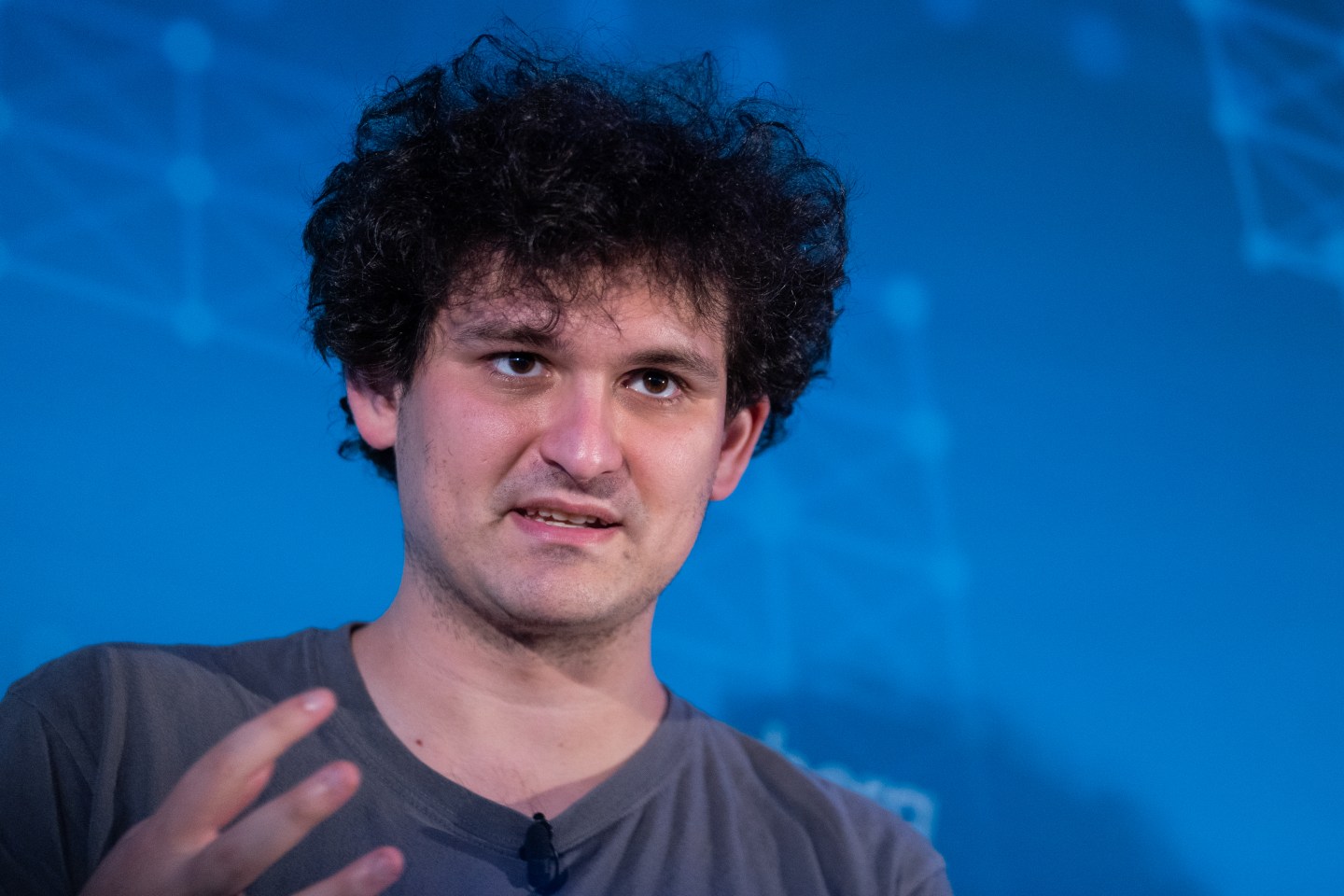 The collapse of crypto exchange FTX has claimed many victims. But for people in philanthropies and non-profit organizations, the crisis has delivered a double dose of painful news.

Not only has the meltdown vaporized billions of dollars earmarked for good causes by FTX founder Sam Bankman-Fried, it has also called into question the philosophy that motivated a wave of giving by Bankman-Fried and other wealthy tech donors.

Bankman-Fried was a prominent proponent of Effective Altruism, a  movement whose adherents pledge to give away as much of their wealth as they can, and who try to direct their donations based on a utilitarian philosophy that seeks to produce the greatest benefit for the most people.

For Bankman-Fried, that meant a commitment to gradually give away the entirety of his fortune, at one point estimated at more than $22 billion, through a variety of organizations including the FTX Foundation, the FTX Future Fund, and Building a Stronger Future, a family foundation that the crypto founder established his brother Gabe Bankman-Fried.

The groups steered money into a variety of organizations from biotech and data research to media and journalism. Now, recipients are scrambling for answers and to fill the funding holes left by the FTX crash.

ProPublica, the non-profit investigative reporting organization, received a $5 million grant from Building a Stronger Future to fund reporting projects around the still murky origins of the COVID-19 pandemic, bioterrorism and preparedness for future pandemics.

On Friday, ProPublica’s President Robin Sparkman and Editor-in-Chief Stephen Engelberg told staff that the first tranche of the $5 million grant was received in February. But they said they’d been told that the remaining disbursements, expected in April 2023 and April 2024, were now on hold as Building a Stronger Future assessed its finances.

“Regardless of what happens with the remainder of the grant, we are deeply committed to this important work and the team we have assembled to pursue it. We will use other resources to make sure that work continues,” Sparkman and Engelberg wrote to ProPublica employees in an email shared with Fortune.

The FTX Future Fund said when it launched in February it planned to give at least $100 million—and possibly as much as $1 billion—in its first year of operation. As of September 1, 2022, the organization said it had awarded $160 million in grants.

Among FTX Future Fund’s notable grant recipients is a startup called HelixNano, which received a $10 million award for its work on a universal COVID-19 vaccine. The Future Fund also pledged $7.5 million to Our World in Data, an organization collecting data on “poverty, disease, hunger, climate change, war, existential risks and inequality” to help arrive at solutions, according to its website.

The fund also made substantial donations to groups promoting Effective Altruism itself and to groups with close affiliations with the fund’s own board members. This included $13.9 million to the Centre for Effective Altruism, the charity the promotes the movement globally. Another $15 million went to Longview, an organization that, according to its website, had both Will MacAskill, the Oxford University professor who co-founded Effective Altruism and who also was an advisor to the FTX Future Fund, and Nick Beckstead, the FTX Future Fund’s own chief executive officer, as advisors.

The status of all of the FTX Future Fund’s grants remain unclear, though the fund’s board of directors, which resigned en masse on Friday, signed off noting that they believed the fund would be unable to honor many of its current grants.

“We have fundamental questions about the legitimacy and integrity of the business operations that were funding the FTX Foundation and the Future Fund,” the board said in a statement. None of the group’s advisors or its now resigned CEO Beckstead returned requests for comments. HelixNano did not return requests for comment.

Max Roser, the founder and director of Our World in Data, emailed that while his organization had applied for a grant from the FTX Fund and the fund had made an offer to support his organization, Our World in Data’s board of trustees ultimately rejected the grant money after conducting due diligence and other checks. “We have not received any money and will not receive any money from them,” Roser said.

MacAskill, the Effective Altruism co-founder was among those who resigned from the FTX Future Fund. He said in a tweet on Friday that he’d been deceived by Bankman-Fried.

“I don’t know which emotion is stronger: my utter rage at Sam (and others?) for causing such harm to so many people, or my sadness and self-hatred for falling for this deception,” MacAskill wrote.

Bankman-Fried was personally close to MacAskill who, in text messages that became public as part of Twitter’s lawsuit with Elon Musk, had tried to interest Musk in teaming up with Bankman-Fried to buy Twitter.

In his Twitter thread on Friday, MacAskill said that other than emailing his resignation from the FTX Future Fund advisory role, he had “not been in communication” with Bankman-Fried or anyone else at FTX since it became clear FTX was in dire financial straits. But he was at pains to quash suggestions made by others on Twitter, including from some closely associated with Effective Altruism, that the movement bore at least some responsibility for Bankman-Fried’s behavior and FTX’s ultimate collapse.

Bankman-Fried frequently told journalists he had only gone into finance because of an Effective Altruism doctrine called “earning to give,” which encourages young people to pursue careers in high-paying professions in order to have more money to give away to philanthropic causes championed by the movement. He said he later pursued cryptocurrency trading for the same reason—he saw an opportunity to make more money to give away to the movement’s favorite causes.

Dustin Moskovitz, the Facebook co-founder who, like Bankman-Fried, has pledged to give most of his fortune, estimated at $6.8 billion, to philanthropic causes, tweeted that “Either EA [Effective Altruism] encouraged Sam’s unethical behavior, or provided convenient rationalization for such actions. Either is bad.” Moskovitz’s own Open Philanthropy foundation is closely affiliated with Effective Altruism and gives money to address many of the same concerns that Bankman-Fried was also targeting with his philanthropy.

Effective Altruism has emerged as a popular, and somewhat controversial, form of philanthropy among the tech industry elite in recent years.

In the sometimes counter-intuitive philosophy of the Effective Altruism movement, doing the most good for the most people, can lead its members to contribute to causes that, rather than seeking to address current problems, hope to save all of humanity from speculative future catastrophes, including pathogens that don’t currently exist, nuclear war, errant asteroids, and the threat of powerful artificial intelligence that might, either by accident or purposefully, try to eliminate humans. Some critics say the philosophy condones an “end justifies the means” approach that forgives certain behavior if the long term goal will be positive for humanity.

In his Twitter thread on Friday, MacAskill pushed backed at the criticism, and said that “if those involved deceived others and engaged in fraud (whether illegal or not) that may cost many thousands of people their savings, they entirely abandoned the principles of the effective altruism community.”

He said “a clear-thinking EA [Effective Altruist] should strongly oppose ‘ends justify the means’ reasoning.” He then cited passages from his own writing and those of Toby Ord, another philosopher who also co-founded Effective Altruism, in which they urged those interested in the movement not to rationalize causing near-term harm for the purpose of doing longer-term good, although they did so in part on utilitarian grounds—that the negative publicity associated with the near term harm would ultimately do more damage the larger cause.

Some observers said that Effective Altruism should have stayed clear of any donors who made money primarily from cryptocurrency, given the speculative and unregulated nature of the industry and the well-documented involvement of crypto entrepreneurs in fraud and other financial crimes, such as money laundering.

Kerry Vaughan, a researcher at Leverage Research, an Oakland, California-based non-profit that according to its website is dedicated to “aiding scientific advance,” and who worked at the Centre for Effective Altruism until 2019 but who then broke with the movement, wrote on Twitter that MacAskill had formerly courted Ben Delo, one of the founders of the cryptocurrency trading platform BitMex. Delo, according to Vaughan, made several donations to Effective Altruism-affiliated organizations and causes and, like Bankman-Fried, had pledged to give much of his wealth away.

But in October 2020, Delo and the other BitMex co-founders were indicted by the U.S. government for failing to implement sufficient anti-money laundering safeguards. Delo plead guilty earlier this year to violating the Bank Secrecy Act and agreed to 30 days probation and to pay a $10 million fine for “willfully failing to establish, implement, and maintain an anti-money laundering (‘AML’) program at BitMEX”. According to Vaughan’s tweets, MacAskill stopped mentioning Delo as potentially important donor after his indictment but continued to talk up Bankman-Fried.

According to its filings with the U.K. Charities Commission, the Centre for Effective Altruism’s U.K. non-profit had at least £2,040 pounds in cryptocurrency that it had invested at Alameda Research, Bankman-Fried’s cryptocurrency trading firm. In total, the Centre listed £23 million in assets as of June 30, 2021, the last financial statement that is available.

The Centre for Effective Altruism, a U.S. registered non-profit corporation, had $1.6 million in cryptocurrency on its balance sheet in December 31, 2020 according to the latest financial information publicly available. The form does not say what cryptocurrency the Centre held or who donated it, but say the $1.6 million represented  its “fair market value” at the time.

At an event in Oxford, England, on Monday night for those interested in Effective Altruism, Shakeel Hashim, the Centre for Effective Altruism’s head of communications, declined to answer questions about FTX’s collapse and whether the charity had second thoughts about pursuing donations from those involved in cryptocurrency.

Later, Portland Communications, a crisis communications firm hired by the Centre for Effective Altruism, referred Fortune to a statement on the charity’s website from its executive director, Max Dalton. “Effective altruism requires integrity,” he said. “If Sam Bankman-Fried, and other FTX executives, were involved in lying to, or defrauding, customers then they were not acting in accordance with the principles of effective altruism. The alleged activity could not be further from our values as an organisation and has no place within our community. We feel deepest sympathy for everyone affected by this, including FTX’s customers. Our staff are saddened and angry at the harm that has been done.”

In its filings with the U.K. Charities Commission, the Centre for Effective Altruism identified “loss of major donors” as a significant risk to the organization, one that it was trying to manage through better systems and financial forecasting. It also listed “Major PR/reputation loss” as another potential risk and said it was increasing discussion of public relations strategies “in team meetings/Slack” to mitigate that risk.

“Sam and FTX had a lot of goodwill,”  MacAskill said in his Friday tweet thread. “And some of that goodwill was the result of association with ideas I have spent my career promoting. If that goodwill laundered fraud, I am ashamed.”