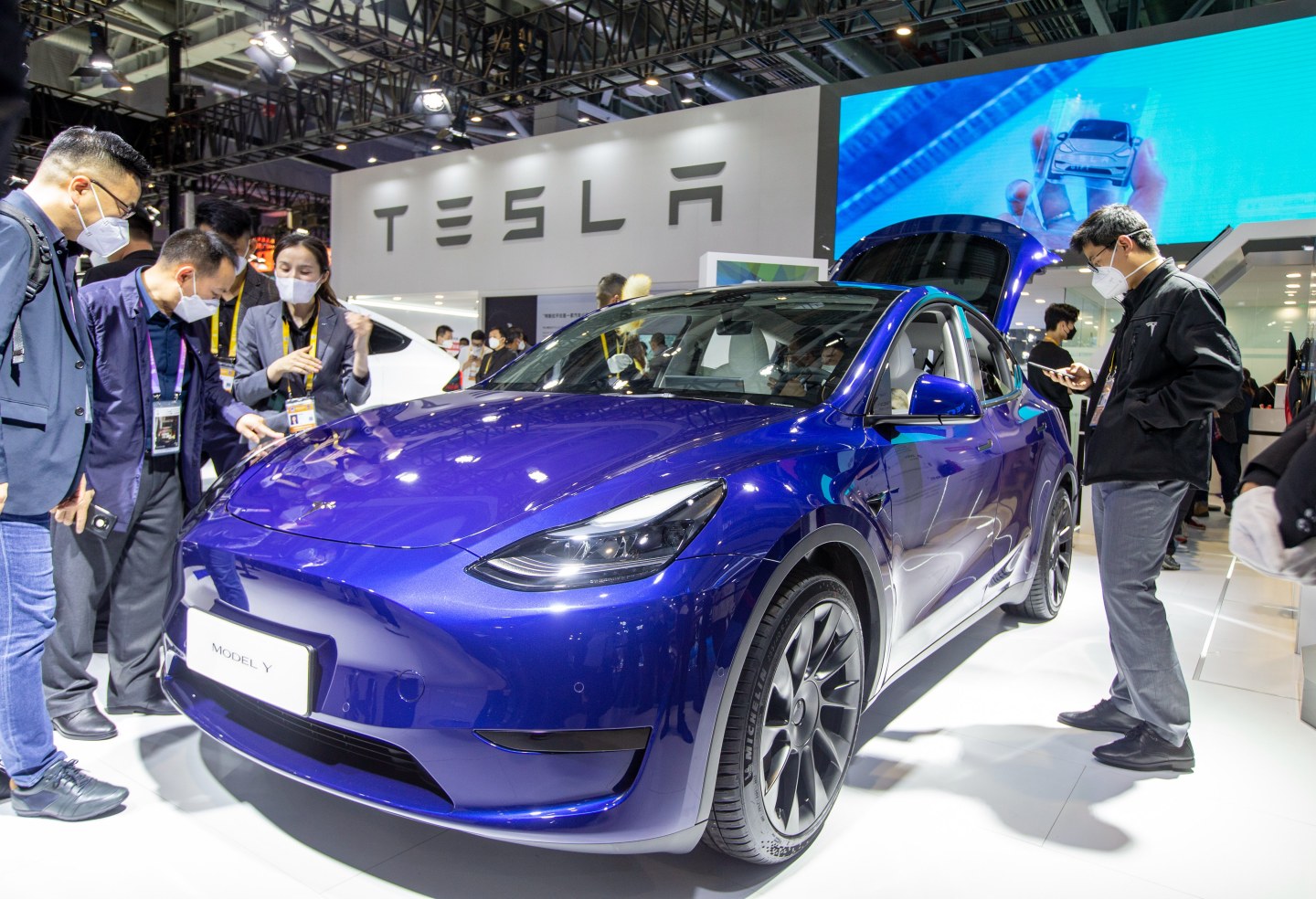 Tesla Inc. said it will assist a police investigation into a fatal crash involving a Model Y sports utility in China earlier this month, while suggesting the incident wasn’t caused by a malfunction.

Data taken from the car showed no proof the brake pedal had been applied before the crash, and video showed the brake lights remained off, the electric car maker said in a statement. Instead, the accelerator was heavily engaged in the lead up to the accident, which killed a motorcyclist and high-school student on a bicycle. Tesla said it will “actively provide any necessary aid” to the local police probe, which may involve a third-party investigator.

A verified user on the Chinese Twitter-like platform Weibo, posting under the title of “a family member of the driver,” claimed the driver lost control for the the last 2.6 kilometers (1.6 miles) and though he had tried to apply the brakes, a technical problem must have caused the accident.

In a protest that garnered international attention, a Model 3 owner climbed atop a display vehicle at last year’s Shanghai auto show and yelled that she almost died because her Tesla’s brakes failed. The US carmaker, which initially enjoyed a red carpet welcome in China, finally made a public apology after facing criticism from local authorities and state-run media, without acknowledging any defect to the car.