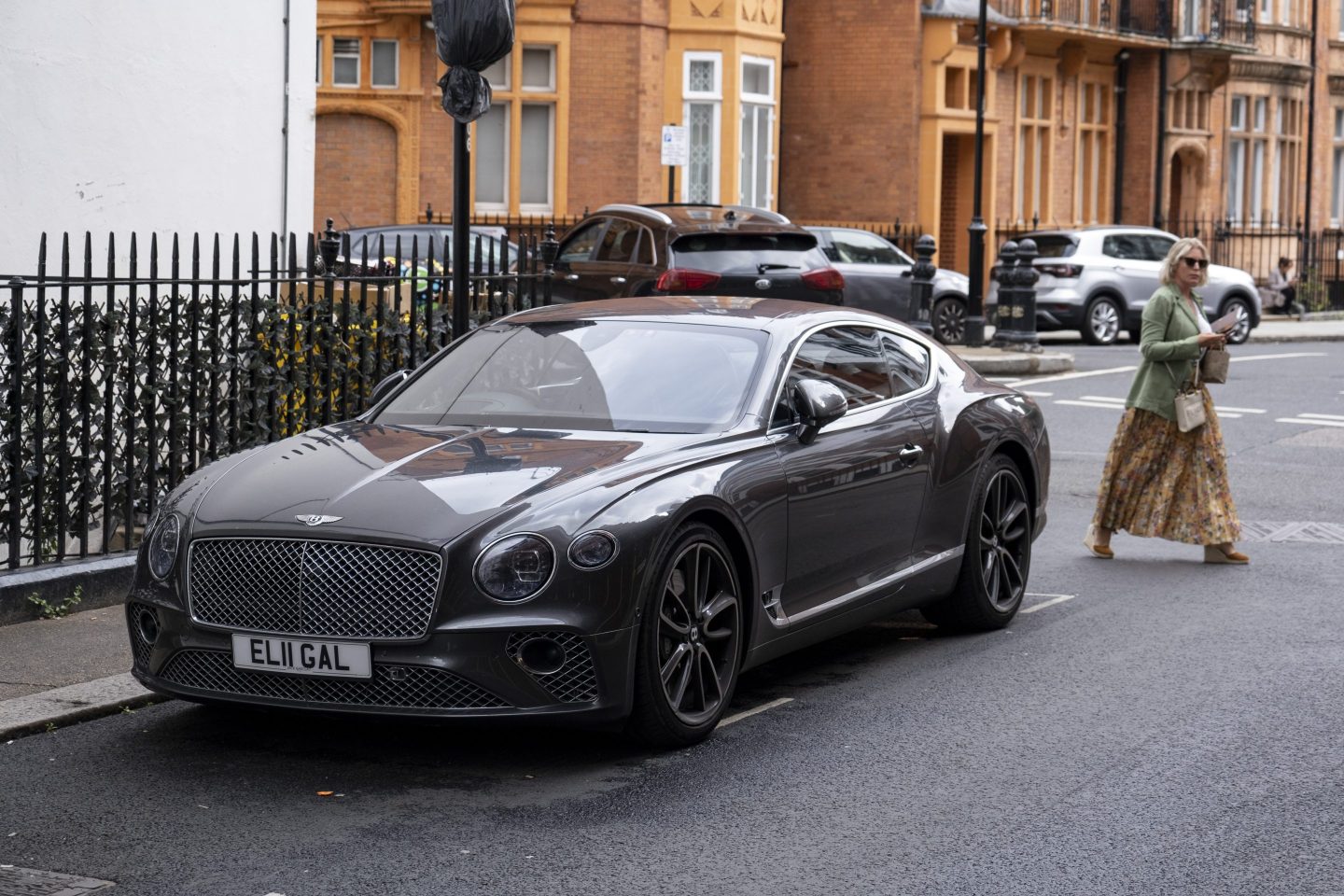 A Bentley parked on the street in London.
Mike Kemp/In Pictures—Getty Images

Despite a sluggish economy, British luxury car maker Bentley says its customers are spending like crazy.

In the first nine months of this year the company reported its revenue jumped 28% from the previous year to €2.49 billion. Meanwhile, operating profits more than doubled to €‎575 million.

The company’s growth was partly driven by an increased interest in customization, or “personalization options,” as the company called it.

Bentley chief executive Adrian Hallmark told Yahoo Finance that its shops are no longer filled with the typical gray, black, dark blue cars, with an occasional red—like they used to be a few years ago.

“If you walk through now, it’s like a circus,” he said. “The color, the diversity of what people are ordering, exterior and interior, has just fundamentally changed. So there’s more customers out there. And they’re way more interested now in self-expression and in personalization.”

Hallmark said that after being in the industry for nearly 28 years, he’s “never seen spending patterns like it.”

It’s possible this shift in spending behavior that Hallmark noted is fueled by consumers reveling in a post-pandemic world. After being unable to leave their homes and facing uncertainty in their personal and professional lives, people now want to splurge on self-expression that, in the luxury car market, has translated into customization.

Hallmark said the company’s research has shown that the number of high-net worth individuals has grown over four-fold the past 20 years—meaning there’s more customers in the luxury car market. Bentley, he said, has found a way to cater to them despite near record-high inflation and a faltering global economy.

“While Bentley continues to tackle the challenges it faces in the global market, this latest set of financial figures shows strong results in most regions,” Hallmark said in a release of the company’s quarterly earnings.

But in addition to customization, Hallmark said Bentley has also seen success in its range of products, in terms of what the company offers its customers.

“The product range is the strongest it’s ever been,” he said. “And it’s good compared [to the] competition. But then also, we have consciously, as we say, industrialized complexity. Rather than bringing the number of variables down, we’ve looked at it and said, right, we know if we can do more for customers, they [will] invest more in the product and we might make more money.”