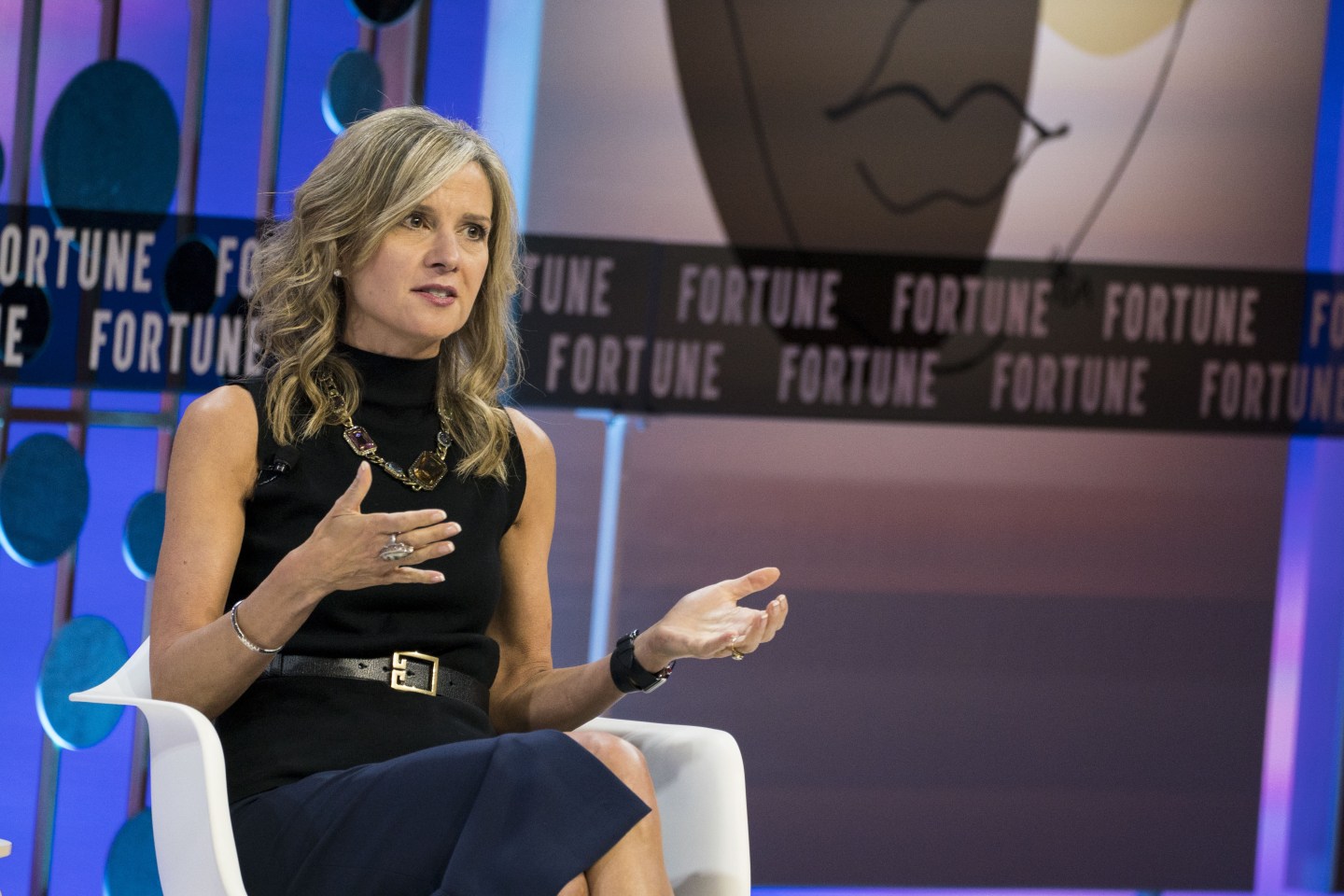 As the C-suite turnover continues across corporate America, one fewer Fortune 500 company will have a CEO and CFO who are both women.

Kohl’s announced on Tuesday that Michelle Gass will step down as CEO and a member of the board of directors on Dec. 2. Levi Strauss & Co. then announced that Gass will take on the role of president beginning on Jan. 2. She will succeed Chip Bergh as CEO within the next 18 months. Tom Kingsbury, a company director and the former CEO of Burlington Stores, was appointed the interim CEO at Kohl’s while the company looks for a permanent replacement for Gass.

CFO Jill Timm is staying with the company, a Kohl’s spokesperson told me. Timm, who joined Kohl’s in 1999, held several leadership roles across finance before becoming CFO in November 2019.

Gass’s tenure at Kohl’s is marked by “bold strategic moves such as adding Amazon return desks and Sephora shops at hundreds of Kohl’s stores,” but also “several bruising battles with activist investors over the last year,” my colleague Phil Wahba writes. In his piece, “Why Levi Strauss’s CEO thinks Michelle Gass is the right person to succeed him despite her trouble turning Kohl’s around,” he examines Gass’s tenure and what Bergh thinks of her leadership.

Wahba writes: “Kohl’s is one of Levi’s largest wholesale accounts, meaning Gass and Bergh have known each other for years. In a 2018 Fortune profile of Gass, Bergh praised her analytical rigor, saying, ‘she had dug into consumer data insights and really tried to understand what Levi’s needed from Kohl’s and was ‘a really quick study.’”

Under Gass’s watch, sales at Kohl’s typically hovered near $19 billion, “except for 2020, when COVID decimated sales,” Wahba writes. But the “lackluster numbers” were “despite Gass’s success building a niche for Kohl’s in activewear, now 25% of sales,” for example, and progress in e-commerce with “online sales now totaling $6 billion a year,” he writes. You can read more about why Bergh chose Gass to succeed him at Levi’s here.

Gass, a Starbucks veteran, joined Kohl’s in 2013 as chief merchandising and customer officer and was promoted to CEO in May 2018. For the past three years, Kohl’s was among the companies on the Fortune 500 with both a female CEO and CFO. Other such companies include, Insight Enterprises CEO Joyce Mullen and CFO Glynis Bryan; Jackson Financial CEO Laura Prieskorn and CFO Marcia Wadsten; and Bath & Body Works Executive Chair and Interim CEO Sarah Nash and CFO Wendy Arlin. On Dec. 1, former Unilever executive Gina Boswell will become CEO of Bath & Body Works.

Looking ahead, the objectives for data policy management will shift, according to a new report commissioned by Immuta, a data-security platform and conducted by S&P Global Market Intelligence’s 451 Research. Just over a third (39%) of data leaders surveyed said that today customer trust and engagement, including positive publicity, are top business objectives for data policy management, according to the report. But when asked how data policy management efforts may exist two years from now, 46% said customer trust and engagement would be a priority, making it the top incentive for the future noted by the respondents. The findings are based on a survey of 600 U.S. and European data leaders.

"The 2022 AFP FP&A Survey: Measuring Agility in FP&A," released by the Association for Financial Professionals, Inc. (AFP), and underwritten by Workday, finds agile finance leaders re-forecast faster and are more likely to use scenarios in the planning process. For example, agile finance leaders are more than 50% faster at re-forecasting than their peers, requiring an average of 9.4 days to re-forecast compared to 14.5 for others in their field, the research found. Almost all (94%) of agile leaders agreed or strongly agreed with the statement that “FP&A uses multiple scenarios.” However, the survey also found 54% of FP&A practitioners strongly agreed that their team is sufficiently staffed, and 65% reported working at or over 100 percent capacity. This indicates that "FP&A practitioners have normalized a level of customer support and ad hoc activity that is not sustainable without increased staffing," according to AFP.

Courtney E. Sacchetti was named EVP and CFO at Bankwell, effective Jan. 1, 2023. The commercial bank's parent company is Bankwell Financial Group (Nasdaq: BWFG). Sacchetti has served for the past six years as director of financial planning and analysis for the company. She began her career at GE Capital in the Financial Management Program and held various finance and regulatory positions of increasing responsibility over her 18-year career at that company.

"In U.S. history, over the last 60 years, there has never been an episode where inflation was above 5% and unemployment was below 5% [when] the Fed started raising rates and avoided a hard landing. So history suggests it’s going to be near mission impossible to avoid a hard landing."