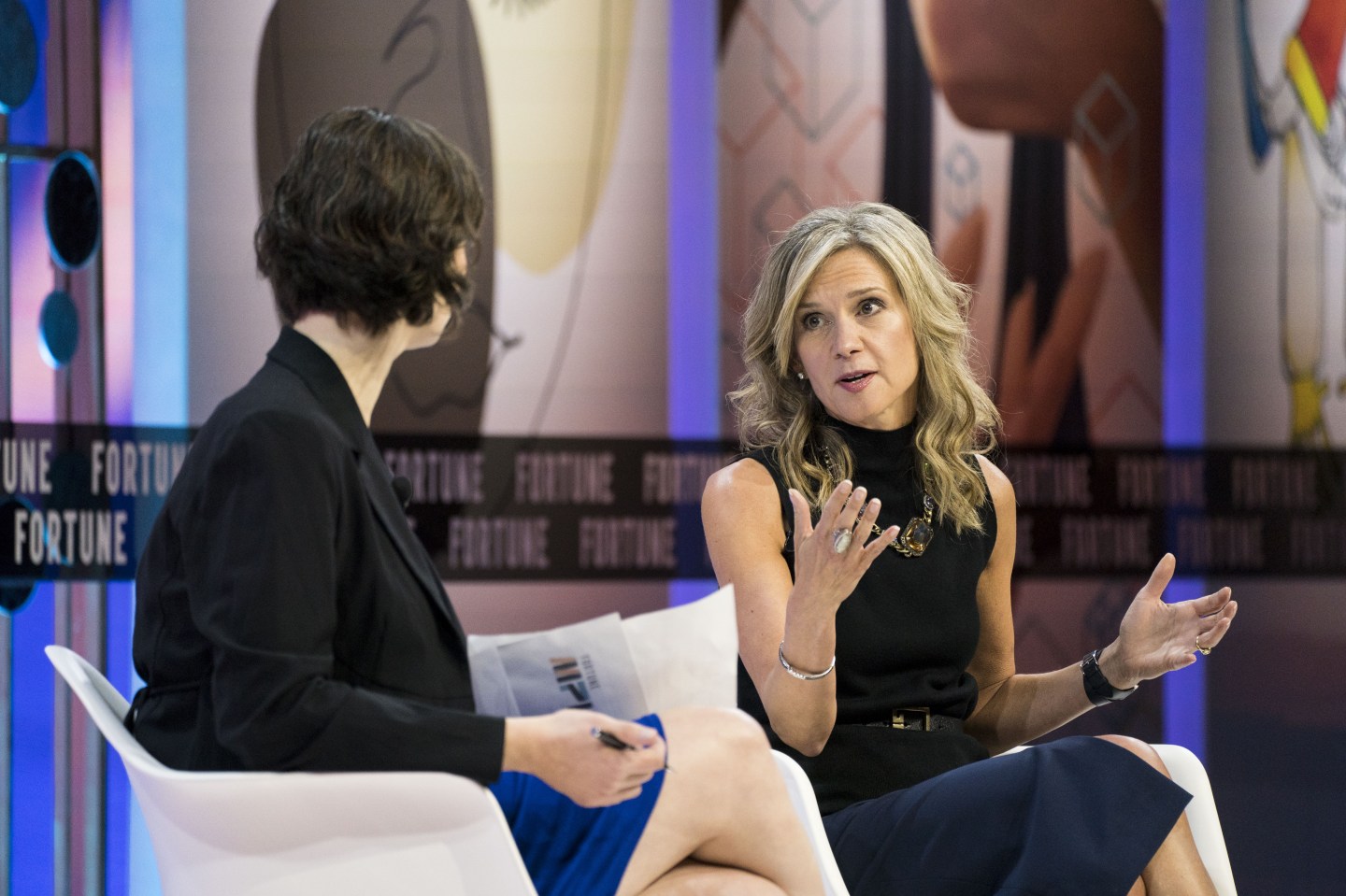 Kohl’s CEO Michelle Gass has struggled to get the retailer back to sustained growth since 2018. But Levi Strauss & Co. chief executive Chip Bergh isn’t bothered by the inability of his soon-to-be successor to turn the company around.

Gass, who joined Kohl’s in 2013, is leaving the department store chain on Dec. 2 to serve as LS&Co. president in early 2023, reporting to Bergh until he hands over the reins sometime in the 18 months after she starts. (Levi’s former brand president, Jennifer Sey, was seen as a likely successor to Bergh but quit earlier this year after she became increasingly outspoken on social media about school closings during the pandemic.)

For Gass, whose departure Kohl’s announced on Tuesday, the job switch ends a tenure marked by bold strategic moves such as adding Amazon return desks and Sephora shops at hundreds of Kohl’s stores. While daring, those feats failed to reverse the company’s downward spiral or help Gass dodge several bruising battles with activist investors over the past year. Kohl’s named Tom Kingsbury, a company director and the former CEO of Burlington Stores, as interim CEO while it looks for a permanent replacement for Gass.

Gass essentially trod water on Kohl’s watch, with sales typically hovering near $19 billion, except for 2020, when COVID decimated sales. The lackluster numbers were despite Gass’s success building a niche for Kohl’s in activewear, now 25% of sales; drawing in new brands for the retailer such as Under Armour, Cole Haan, and Lands’ End; and making progress in turning Kohl’s into an e-commerce leader, with online sales now totaling $6 billion a year.

For all her innovations and successes, Gass still struggled to rejuvenate Kohl’s private label brands and lost considerable business to rivals like Target in apparel and Ulta Beauty in beauty. Kohl’s stagnation ultimately put the company, and Gass, in the crosshairs of activist investors who agitated for her removal, though she enjoyed a few short-lived truces.

But Bergh hinted that if not for Gass, Kohl’s could have had an even tougher go of it. “Kohl’s is a very different company and better company than before she joined and the reason behind that is the innovation and strategic focus she brought there,” he told Fortune. “What if she hadn’t been there? The question is a legitimate one.”

Neil Saunders, managing director of research firm GlobalData, said Kohl’s would indeed have seen much bigger declines without Gass’s initiatives. “Although many of these things have been insufficient to move the dial, it is fair to say that Gass has saved Kohl’s from more serious decline.”

Kohl’s is one of Levi’s largest wholesale accounts, meaning Gass and Bergh have known each other for years. In a 2018 Fortune profile of Gass, Bergh praised her analytical rigor, saying, “She had dug into consumer data insights and really tried to understand what Levi’s needed from Kohl’s” and was “a really quick study.”

Both are alumni of Procter & Gamble, a company famed for producing top talent and equipping people with deep analytical tools and brand building. Though they did not cross paths when Gass was employed there in the early 1990s, Bergh says he recognizes in Gass many of the skills seen in other successful P&G alumni.

“There is P&G DNA that runs through people who have worked there, and she got that classic brand management training in the formative years of her career,” Bergh said, pointing to her success during her 17 years at Starbucks, a tenure that included the launch of the frappuccino and overseeing the coffee company’s Europe division.

Bergh, 65, will be a tough act to follow once Gass’s apprenticeship is over. When he became CEO 11 years ago, Levi Strauss was a debt-laden, static company coasting on nostalgia and its place in American lore. Now its namesake brand is growing, expanding into international markets like China, and looking to burnish its reputation as a sustainable brand.

By the time Bergh exits Levi Strauss, he’ll have been there for almost 12 years, making this the right time to set up a CEO succession, he said. “That’s a nice, long time as CEO, and at some point, a fresh set of eyes and a new way of thinking can be a positive thing for the company.”