With her back against the wall, Kohl’s CEO is trying to ward off a restless activist investor 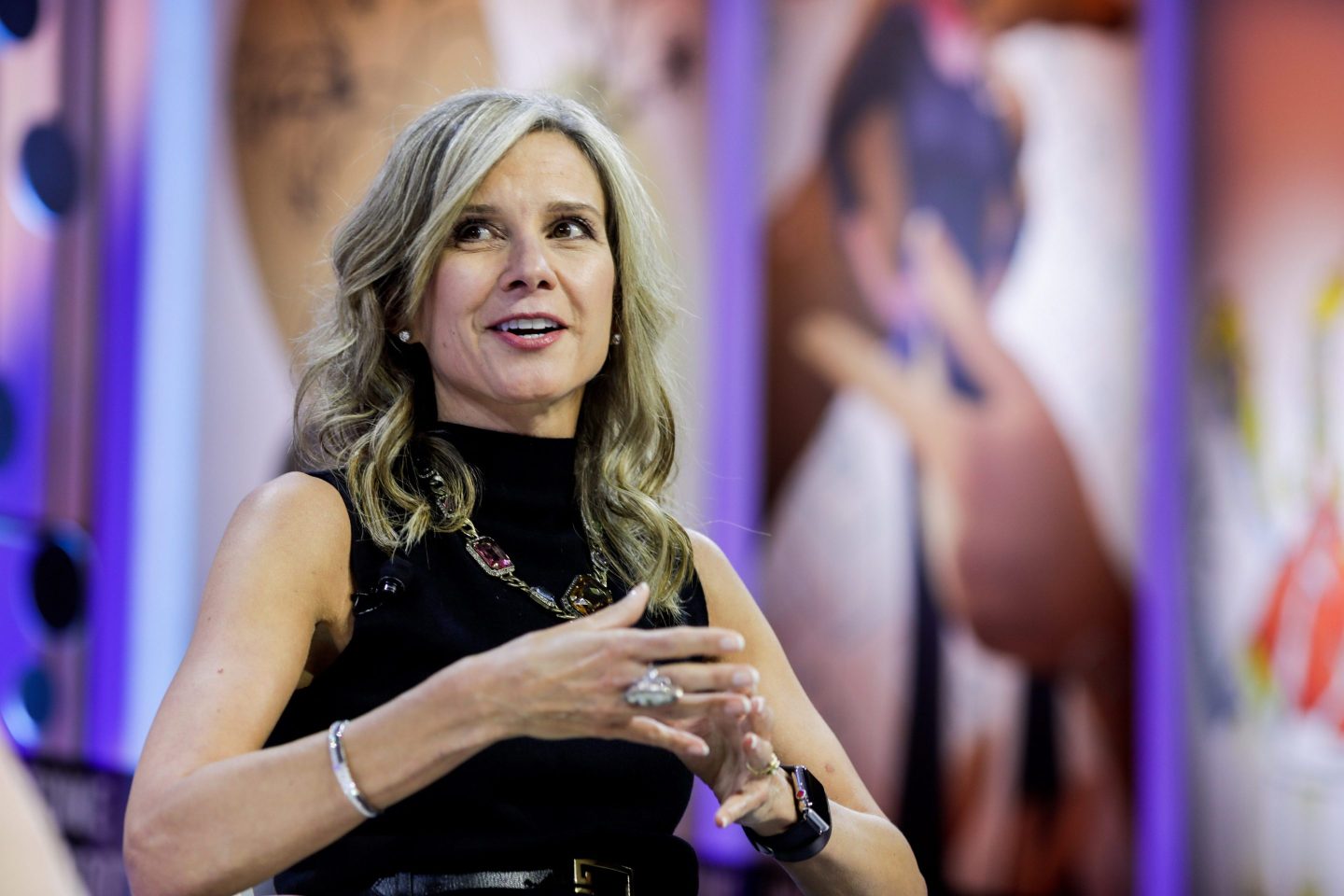 Kohl’s CEO Michelle Gass laid out her plan on Monday to finally shake the company’s stagnating sales and share performance. In a webcast presentation to investors, she argued that the company should continue investing in winning categories like activewear and pursue brand partnerships, despite a heightened push from an activist investor to overhaul the embattled retailer’s board and find potential buyers.

As part of her proposal, which is more of an update to Kohl’s late 2020 turnaround plan than anything radically new, Gass intends to open 100 stores, in the next four years, in markets traditionally too small for a Kohl’s. She also projected that Sephora shops, set to open at 850 Kohl’s stores, are on pace to become a $2 billion-a-year business by 2025, based on initial results from current stores.

Kohl’s announced last week some $18.5 billion in total net sales for 2021. That’s about 2% under its pre-pandemic net sales, marking a sizable recovery after the business was decimated by lockdowns in 2020. But the company has hovered around $19 billion in annual sales for about a decade and seems unable to surpass that figure despite Gass’ various growth initiatives. They include a major foray into activewear and a partnership with Amazon to handle the e-commerce giant’s returns at Kohl’s stores.

While Kohl’s has fared better than rivals like Macy’s, J.C. Penney and Sears in the last decade, its performance coming out of the pandemic has been well below that of competitors in or near strip malls where many of Kohl’s stores are located, particularly Target, Ulta Beauty, Dick’s Sporting Goods and even Walmart. Kohl’s stock has been on a roller coaster ride since the pandemic broke out. Before Monday’s investor presentation, it was about 15% below its 2018 share price when Gass became CEO. Kohl’s stock fell another 13% after the presentation, a deeper drop than the broad market selloff.

This kind of sales and stock performance inevitably attracts activist investors. Macellum Capital Management, which owns 5% of Kohl’s shares, recently proposed a slate of 10 new board members, and is pressing the company to consider a sale of the company.

But Gass insists the newer roadmap will finally do the trick.

“We have initiatives in our hand that we’ve never had before,” Gass told Fortune in an interview ahead of Kohl’s investor day. Many of those are customer-facing, such as the deal she struck with Sephora in late 2020 to set up beauty boutiques at about 73% of Kohl’s 1,160 stores, and a continued push into activewear, which now makes up 20% of sales.

Kohl’s gets a makeover

Kohl’s’ nicely maintained but low frills stores have lured shoppers, seeking brand names at a discount, for decades. But in the last five years or so, Kohl’s relevancy has declined as stores like Target, Ulta and Amazon have proven more adept at winning younger shoppers. It has also paid the price for lacking a sizable beauty business, crucial to getting customers to Kohl’s stores, despite several attempts.

Gass, a marketing wunderkind who worked at Starbucks before joining Kohl’s, calls the Sephora collaboration, which can be found in 250 stores nationwide, “transformational.” She says it’s drummed up store visits and, more crucially, brings in newer, younger shoppers that have long eluded Kohl’s and many of its rivals. Reaching a younger subset was also the premise for Gass’ lauded 2018 return service partnership with Amazon, which she says has brought Kohl’s about 2 million new customers.

Gass notes that the company has made progress on its cost structure. And indeed, in the fourth quarter of 2021, which includes the holiday season, Kohl’s reported its best operating income margin in years. She adds that Kohl’s uses brick-and-mortar stores to a greater degree to fill and deliver e-commerce orders, leading to higher profitability for its online business. “We have completely restructured our business for profitability,” she says.

Yet for all of Gass’ initiatives, Kohl’s is treading water. Target, Dick’s and Ulta are all well above pre-pandemic sales levels and have taken market share from rivals, including Kohl’s. The retailer’s big gains in some areas have been offset by weakness in others, such as women’s apparel, the top category at Kohl’s. Gass acknowledges this. “The single biggest opportunity that we have to improve is the women’s business,” she says.

The company has shed a number of weak store brands in women’s, going from 16 brands to six, but has beefed up the remaining six. Still, Kohl’s has not proven that it is able to create or refresh store brands that attract customers in the same way its competitors do. Gass promised investors on Monday that the company will begin to do so. “It’s a big bet for us,” she says.

Macellum’s managing partner Jon Duskin, who first pushed Kohl’s to make changes in 2021, argues that the company’s board and executives had years to show improvement. “This board and this management team together cannot get the stock above where it is now,” he told Fortune after Kohl’s investor presentation.

His submission of a board slate that would swap out most directors at Kohl’s upcoming spring shareholder meeting came just a few weeks after Acacia Research submitted an unsolicited offer of $64 per share, or $9 billion. Kohl’s rejected the offer and initiated a poison pill to prevent a future hostile takeover. But it also hired investment bankers to field bids.

Duskin says Kohl’s tactics are “anti-shareholder,” adding that his panel of potential board members includes directors with M&A experience as well as retail veterans. For its part, Kohl’s has refreshed its 14-director board, which now includes the former CEOs of Jones Apparel Group and Lululemon, and the COO of Walmart’s U.S. e-commerce business.

The activist hedge fund has taken exception to Kohl’s updated strategy, claiming, among other things, that Kohl’s is spending too much on the Sephora shops rollout—though Duskin concedes it’s a smart initiative—has failed to address the cause of product shortages over the holidays, and is doing little to monetize its real estate portfolio. Duskin also objects to Kohl’s $1 billion spend this year on stock buybacks, saying they goosed Kohl’s earnings per share without really improving the underlying business. “That’s not how you get good operational performance,” he says.

Gass acknowledges that Kohl’s board is fielding offers, but she holds steady that she has a sound path to growth. When asked if Kohl’s will return to its pre-2012 glory days, she emphatically says “yes.” “We’ve got to see this through,” Gass says.

It remains to be seen whether investors will give her and her team more time to do so.