Democrats hold on in midterm elections, with abortion rights on the ballot 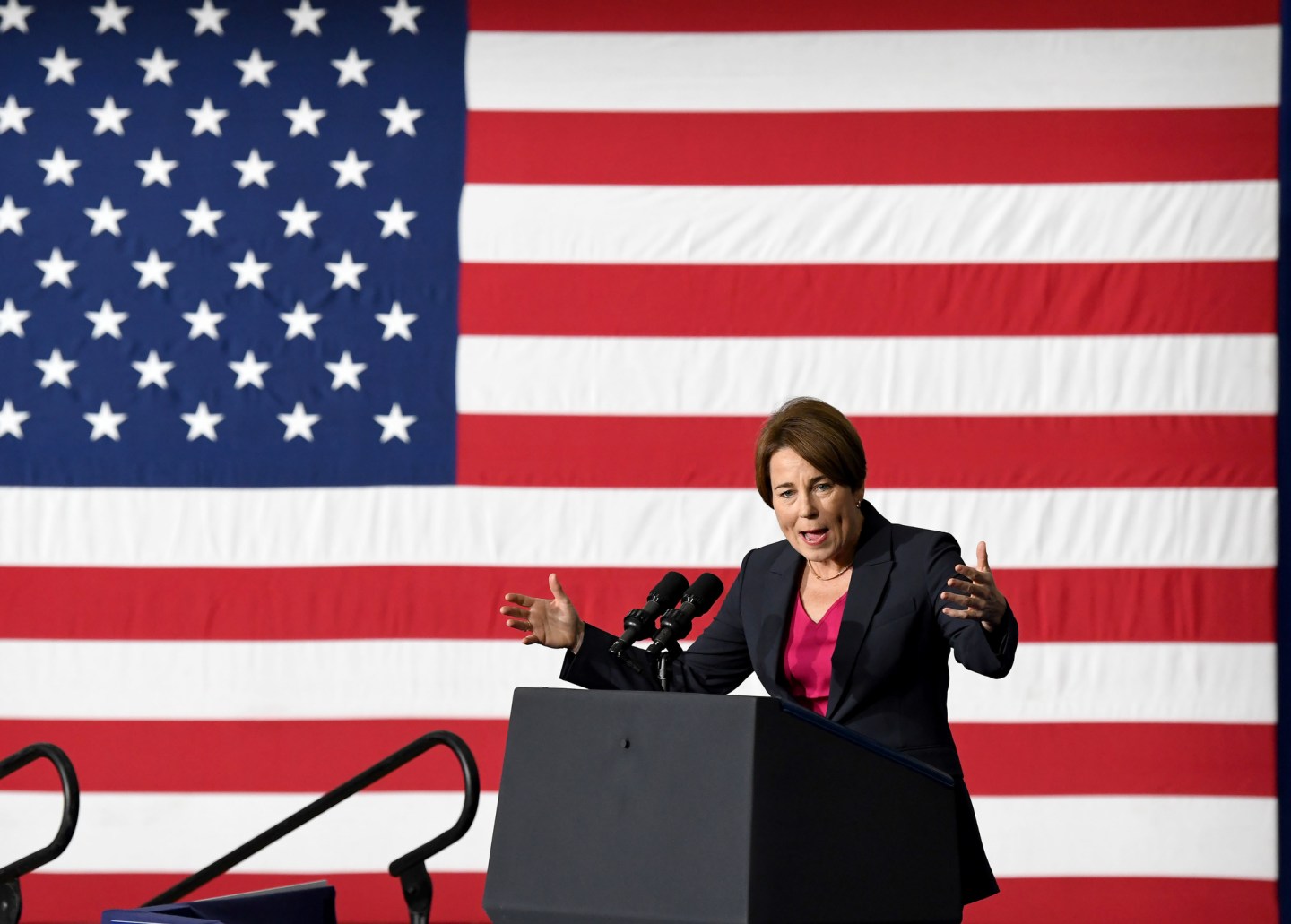 Democrats seemed poised to maintain control of the Senate as of Wednesday morning, though the final results will likely take a few weeks to tabulate. The Senate race between Raphael Warnock and Herschel Walker, for instance, the anti-abortion GOP candidate accused of pressuring multiple women into terminating pregnancies, is expected to head to a December runoff.

Republicans are likely to gain control of the House by a lesser margin than some predicted. Democratic incumbents in closely watched races—including Rep. Abigail Spanberger (D-Va.) and Rep. Marcy Kaptur (D-Ohio)—fended off GOP challengers. Rep. Elaine Luria (D-Va.) lost her seat to a Republican candidate Jen Kiggans, while Emilia Sykes, an Ohio state representative, picked up a new seat for Democrats in the state.

So far, nine women are set to serve as governors, and women will make up at least 27.5% of Congress, according to the Center for American Women and Politics. Both figures tie pre-existing records. Incoming governors include Maura Healey of Massachusetts, the first woman to lead the state and the first openly gay female governor in the U.S. Gov. Kathy Hochul won the election in New York, making her the first woman elected to the state’s governor’s seat (she was previously appointed to the role after the ouster of Andrew Cuomo.) Sarah Huckabee Sanders will become the GOP governor of Arkansas.

It’s too early to know exactly how many women turned out to vote on Nov. 8, but preliminary results suggest that abortion rights and other key issues embraced by Democrats helped get women to the polls.

Some other key races from last night:

– The Los Angeles mayoral race between Rep. Karen Bass and billionaire, celebrity-endorsed businessman Rick Caruso has yet to be called. Caruso has a slight lead.

– Rep. Val Demings fell short in her bid to claim the Senate seat held by Sen. Marco Rubio. Cheri Beasley was unsuccessful in her North Carolina Senate race. With those losses for Democrats, there are still no Black women in the Senate.

– Democrat Katie Hobbs is leading against Trump-endorsed candidate Kari Lake in the Arizona governor’s race. Lake has supported Trump’s false claims that he won the 2020 presidential election and has already expressed doubt about Tuesday’s electoral results.

- Right fit. Kohl's CEO Michelle Gass is leaving the retailer to join Levi Strauss as president in January 2023, with plans to succeed current CEO Chip Bergh in the next 18 months. Though Gass struggled to turn the department store chain around and faced multiple activist investor battles, Bergh is adamant she’s the right person for the job. Fortune

- Curiosity bias. Men aren’t expected to admit when they don't know the answer to a question, so when male managers show curiosity, they’re more likely to get props for it than female managers, according to a recent study. Wall Street Journal

- Childcare shortage. The childcare sector still struggles to recover from the pandemic’s early impact, even as demand grows. Providers are grappling with higher operating costs and staff shortages. In October, employment in the sector was down 8.4% from February 2020. Fortune

- No new blood. A federal judge denied Theranos founder Elizabeth Holmes's requests for a new trial on Monday, saying a new trial would likely not result in an acquittal. She now awaits sentencing on Nov. 18 and faces up to 20 years in prison. Wall Street Journal

- First opinion. Supreme Court Justice Ketanji Brown Jackson issued her first written opinion as a justice on Monday. Joined by Justice Sonia Sotomayor, Jackson dissented the court’s decision not to take up an appeal from an inmate who shot and killed a man during an armed robbery and claimed prosecutors withheld evidence about a key witness. CNN

- New record. Saturday’s World Rugby Cup between England and New Zealand is set to break attendance records for a women’s rugby match. More than 40,000 tickets have been sold, surpassing the 34,235 record set on the tournament’s opening day. BBC

'My job in this role is to not guess': Jen Psaki’s TV career is getting off the ground Vanity Fair

The boundless optimism of the Spice Girls New Yorker

“I’m very much in control of my own life and destiny and feel empowered as a woman and as a person.”

—Jennifer Lopez responding to criticism over her decision to take her husband Ben Affleck’s last name.