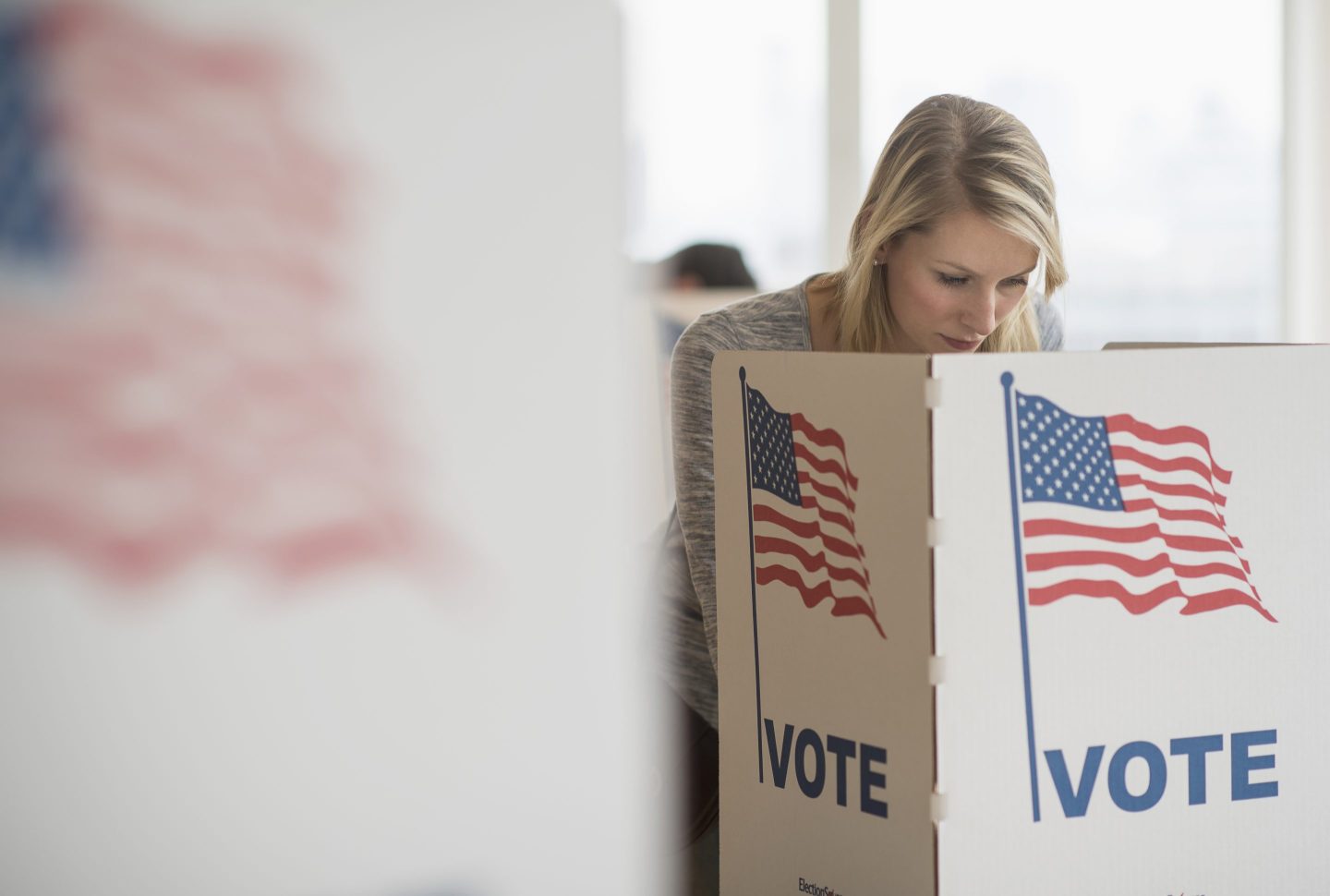 Women are expected to turn out in high numbers for Tuesday’s 2022 midterm elections.
Getty Images

Good morning, Broadsheet readers! Nancy Pelosi opens up about the attack on her husband; Kathy Griffin is suspended from Twitter for impersonating Elon Musk; and the issues that will influence women voters’ turnout in today’s election.

Today’s the day. Americans are voting in midterm elections today, and the results will be both eye-opening and politically transformative after a whirlwind legislative year.

Following the Supreme Court’s overturn of Roe v. Wade, which leaves abortion laws to states, voters in California, Vermont, Kentucky, Michigan, and Montana will decide on statewide abortion referendums on Tuesday. In August, Kansas, a conservative state, overwhelmingly rejected a ballot measure that would have removed abortion rights from the state’s constitution.

While Kansas’s vote to repudiate abortion bans indicates that some Republican-leaning states have a more middle-line view of reproductive rights, economic uncertainty has since become a greater focus for Americans burdened by rocketing prices for everyday essentials like gas and groceries.

The economy is now the top election issue for voters, according to an October Gallup poll, though abortion and crime follow closely behind.

The midterms may also illuminate some demographic shifts. White suburban women, who make up 20% of the electorate, now favor Republicans by 15 percentage points because of growing economic concerns, according to a Wall Street Journal poll released Thursday. White suburban women favored Democrats by 12 percentage points in the Journal’s August poll, suggesting the summer fervor over abortion rights has since waned.

“There was some expectation over the summer, right after the [Dobbs v. Jackson Women’s Health Organization] decision, that there was going to be this energy from women voters…and that it would motivate them to turn out to vote,” says Debbie Walsh, director of the Center for American Women and Politics at Rutgers University. But as women find it increasingly difficult to make ends meet, many are looking to support the party that isn’t in power.

Still, voters say abortion is their second priority issue. And for women, who are more politically motivated by abortion issues than men, it could prompt a higher poll turnout.

“Women are always registered at higher numbers than men. They outvote men,” Walsh says. In the last presidential election, 9.7 million more women voted than men. “The question is, will that be even greater this time?” she wonders.

Their turnout could also spell the fate of the record number of women running for state and gubernatorial office.

Twenty-five women are running for governor across 20 states, and this election will likely break the record of nine female governors serving at once, first set in 2004.

“There is still that hurdle voters have about women as chief executives. It doesn’t fit the stereotype of who leads at the very, very top,” says Walsh. “Women are disrupting those stereotypes when they serve in those positions and when they vie for those positions.”

Outcomes for women in Congress look less strong. Fewer women are running than in past years, and some of the candidates most vulnerable to losses this year are women who flipped their seats in 2018. But there are still several notable races. No Black woman has served in the Senate since Kamala Harris’s VP appointment. This election, four Black women are running for a U.S. Senate seat, including Democrat Cheri Beasley, who trails Republican Ted Budd in North Carolina by just 5%. In Florida, Democrat Val Demings is facing off against incumbent Republican Marco Rubio, though Rubio leads by an average of 9.2%.

Tomorrow, The Broadsheet will hit your inboxes with updates on election results.

Breaking her silence House Speaker Nancy Pelosi spoke about the assault on her husband at their San Francisco home in late October. “I was very scared,” Pelosi told CNN on Monday. “I’m thinking, my children, my grandchildren. I never thought it would be Paul.” Fortune

Investing in diversity Department store giant Macy’s will invest $30 million over the next five years into supporting businesses run by people from underrepresented groups in the retail industry. The retailer is working with the nonprofit Momentus Capital, which will oversee the fund. New York Times

Twitter impersonators Twitter suspended comedian Kathy Griffin’s account for impersonating the platform’s new owner, Elon Musk. On Sunday, Musk tweeted that accounts engaging in impersonation without “clearly specifying” that they are parodies would be suspended. CNN

Late confession A French cardinal on Monday admitted to abusing a 14-year-old girl in the 1980s, making him the first Catholic clergy member of his rank to admit to abusing a minor. The cardinal will take leave and put himself “at the disposal of justice,” according to Archbishop Éric de Moulins-Beaufort of Reims, who read the cardinal’s statement. Wall Street Journal

Ditching the straightener Concerns over health risks and a growing preference for natural hairstyles are shrinking the U.S. market for hair straighteners and relaxers. Sales declined from $71 million in 2011 to $30 million in 2021, according to market research firm Kline & Co. Year-over-year sales fell 25% in 2020 alone. Forbes

One year ago, Britney Spears was freed from a notorious conservatorship. What possessed her father to seize control of her life? Vulture

Women are big losers in the politics of pockets Financial Times