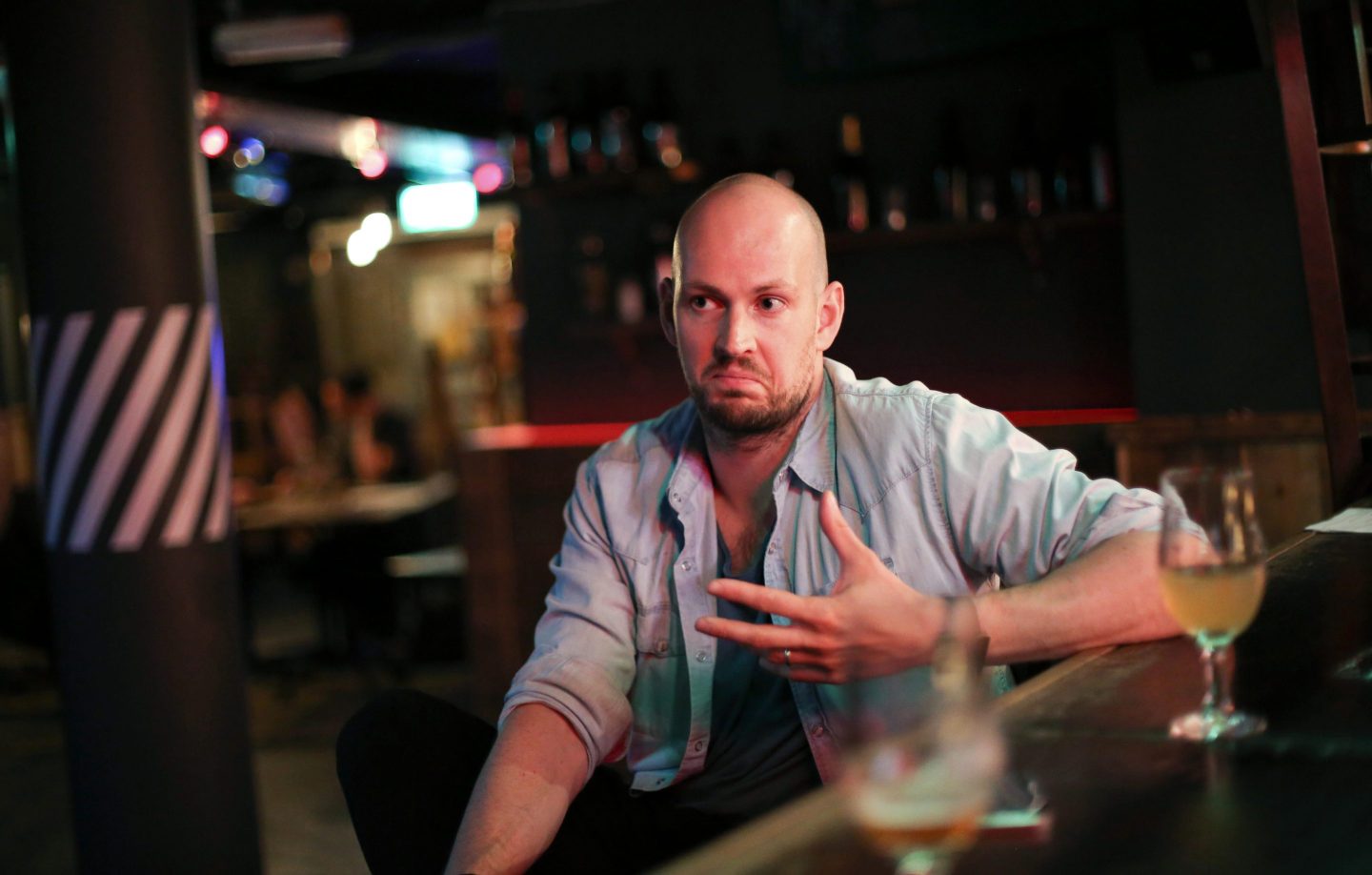 James Watt, chief executive officer of BrewDog, has attracted a slew of attention for his latest stunt.
Chris Ratcliffe—Bloomberg/Getty Images

A widely circulated image on social media revealed that the brewery is still selling its beers in Qatar, despite its grandstand against the Arab nation.

A spokesperson for the firm confirmed to Fortune on Wednesday that BrewDog beers were being sold in Qatar, but said the company did not sell directly into the Qatari market.

“We do have a relationship with a distributor that sells into multiple Middle Eastern markets, primarily into Dubai but including Qatar,” they said.

Beer brand kicks off against Qatar

On Monday, the self-styled “punk” brewery from Scotland launched its “anti–World Cup” campaign with a slew of posters highlighting Qatar’s problematic human rights record, stance on homosexuality, and corruption allegations.

BrewDog also promised to donate the profits from one of its beers, Lost Lager, to human rights organizations for the duration of the tournament.

However, company CEO James Watt was quickly accused of hypocrisy as he was previously the subject of an open letter from present and former staff in June 2021 detailing a “culture of fear” within BrewDog, with workers demanding an apology for “harassing, assaulting, belittling, insulting, and gaslighting.”

BrewDog has since apologized and claims, “We’re a different business today and totally focused on becoming the best employer in our sector.”

The decision to screen World Cup matches at its chain of bars around the world was also criticized, although BrewDog argued the move would lead to increased sales of Lost Lager, thereby providing more money for charity.

However, total sales of its more popular offerings would also likely increase, meaning a higher profit for the brewery across the board, and BrewDog confirmed to Fortune that Lost Lager was only its third-highest seller.

On Wednesday, the company lashed out at the campaign’s critics when images of BrewDog beers being sold in Qatar began to surface across social media.

In a statement to Fortune, the Scottish brand drew comparisons with tech giant Apple for its position on sales in Qatar.

“Neither do we. We are doing our bit to raise awareness of these scandals and injustices and will keep doing so.”

Apple has made no public stand against Qatar or the World Cup, nor has it launched any campaign that is likely to boost its profits.

The beer brand then went on to point the finger at other major companies, who it felt were more deserving of criticism.

In a separate statement to British trade publication Just Drinks, BrewDog said: “If people want to attack brands, maybe they’d be better off turning their attention to the likes of Adidas, Kia, and Visa who are all official partners of [international soccer governing body] FIFA.”

Representatives for Adidas, Kia, and Visa were not immediately available for comment when contacted by Fortune.

BrewDog—which scaled rapidly thanks to crowdfunding—isn’t alone in its criticism of the event, with protests against the Qatar World Cup gaining traction, but many have taken to social media to slam what they are calling a massive PR own goal.