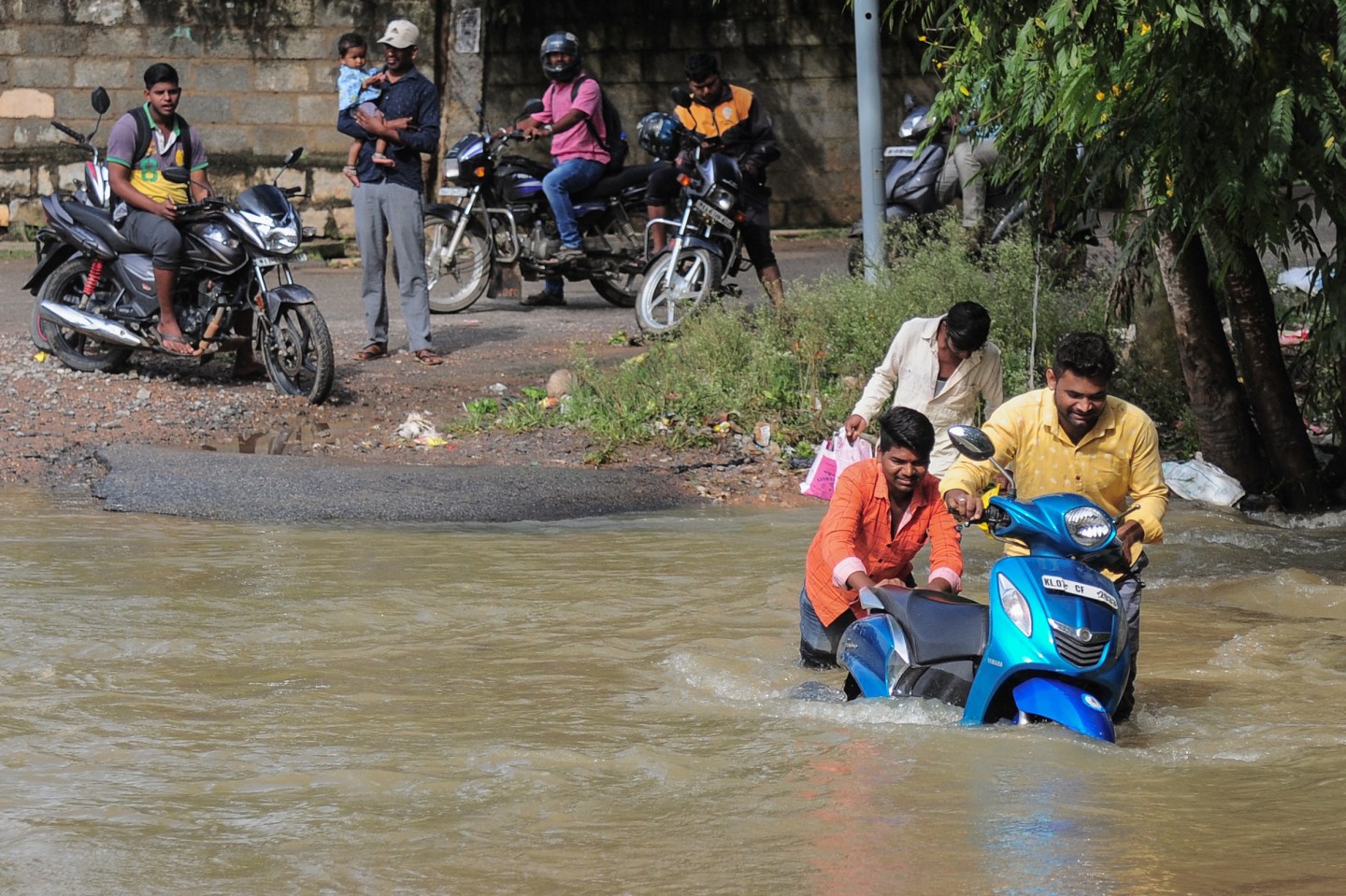 Google says its A.I.-powered flood prediction program, the Flood Forecasting Initiative it first rolled out in 2018, can now issue life-saving forecasts seven days in advance, up from 48 hours.

“Considering the importance and harms of flooding now, with tens of thousands of fatalities a year and hundreds of millions of people affected, there has been a really major gap in the availability of reliable and actionable flood forecasting systems,” says Sella Nevo, the lead engineer on Google’s flood forecasting initiative.

River gauges only show when a river is already swelling, indicting an imminent flood, but analysing weather pattens allows Google to pre-empt the river swelling and issue earlier warnings. Focusing on broader, public data also makes the flood prediction system scalable to a global level, since the machine learning model is able to use data from river basins with a history of inundation to predict floods in basins that the model has no historic data on.

But, once a prediction is made, warning people on the ground is the second part of the puzzle that Google is solving, mostly through its Global Flood Hub site—the interactive user-facing side of the initiative.

“Flood Hub has been through a total revamp,” Nevo says. The Google Maps-like Flood Hub site displays flood alerts as red markers pinned to the area in danger. Clicking the marker brings up a chart that shows the water level in the flood relative to a normal and dangerous amount.

Google does all of this—parsing data, predicting floods, and sharing that information with NGOs and governments to improve their disaster mitigation services—for free. Flood Hub is part of the company’s AI for Social Good platform and Nevo says he doubts Google will ever charge for the life-saving service Flood Hub was built to provide.

Whether Google one day reconfigures Flood Hub tools to build commercial products, such as flood prediction services for agriculture, is another matter. Although Nevo notes the data that farmers would be interested in—such as the duration of a flood—is much more nuanced than the general disaster warning Flood Hub is currently capable of.

“We genuinely can provide everything for free quite sustainably” Nevo says, referring to Flood Hub in its current iteration. “So the type of work that we do today, I don’t think we’ll ever ask for money.”

The COP 27 summit on climate change is underway in Egypt and opened with an uncontested agreement, struck by attending leaders, to include negotiations on climate reparations within the summit’s agenda. The inclusion marks the first time diplomats will discuss climate related “loss and damage” payments since the COP meetings began in the 1990s. At stake is how and whether wealthy economies with high level of historic pollution should compensate developing economies for damage caused by climate change. Bloomberg

Last year, at COP 26, a foursome of wealthy nations agreed to provide South Africa with $8.5 billion in funding to help the county transition off of coal. Coal provides 85% of South Africa’s electricity needs, making the country the world’s 13th largest carbon emitter. Forecasters predict wind power could provide triple the country’s current electricity needs, making a transition to renewables an obvious net-benefit. But some in South Africa believe wealthy Northern countries should be paying more for the Global South’s transition, and that $8.5 billion barely begins to cover the country’s costs. FT

Kuwait announced during the opening gambit of the COP 27 forum in Egypt this week that the small, oil rich country would achieve carbon neutrality in its oil and gas industry by 2050, joining a chorus of oil producing nations pledging to reduce emissions. Saudi Arabia said its sovereign wealth fund, which is financed by oil sales, also would hold a net-zero portfolio by 2050. Reuters

“The things Americans value most are at risk,” says a draft report of the National Climate Assessment, the U.S. government’s leading contribution to assessing the impact of climate change on American shores. Safe homes, healthy families, reliable public services and a sustainable economy are among the “things” the draft report highlights as at risk from climate change in the U.S., noting the fallout of global warming is already “far reaching and worsening.” NYT

ReNew Power’s Sumant Sinha: ‘It’s time for the U.S. and India to lead on climate action’ by Sumant Sinha

‘The most vulnerable people and communities are paying the price’: Adapting to climate change could cost developing countries $340 billion by the end of the decade by Alena Botros

Remove carbon–but do it equitably. Carbon removal mustn’t become a new frontier for injustice by Fletcher Harper And Cynthia Scharf

All of the G20 countries, representing the world’s wealthiest economies, have set long-term targets to reduce national greenhouse gas emissions (Mexico is the only member not targeting net-zero emissions.) But, according to a new report from FTSE Russell, a subsidiary of the London Stock Exchange Group, only seven of those member states have set targets that align with the Paris Agreement goal of limiting global warming to just 2°C. As a collective, the G20 has set out policies that would result in a 2.7°C temperature increase by the end of the century.