ReNew Power’s Sumant Sinha: ‘It’s time for the U.S. and India to lead on climate action’ 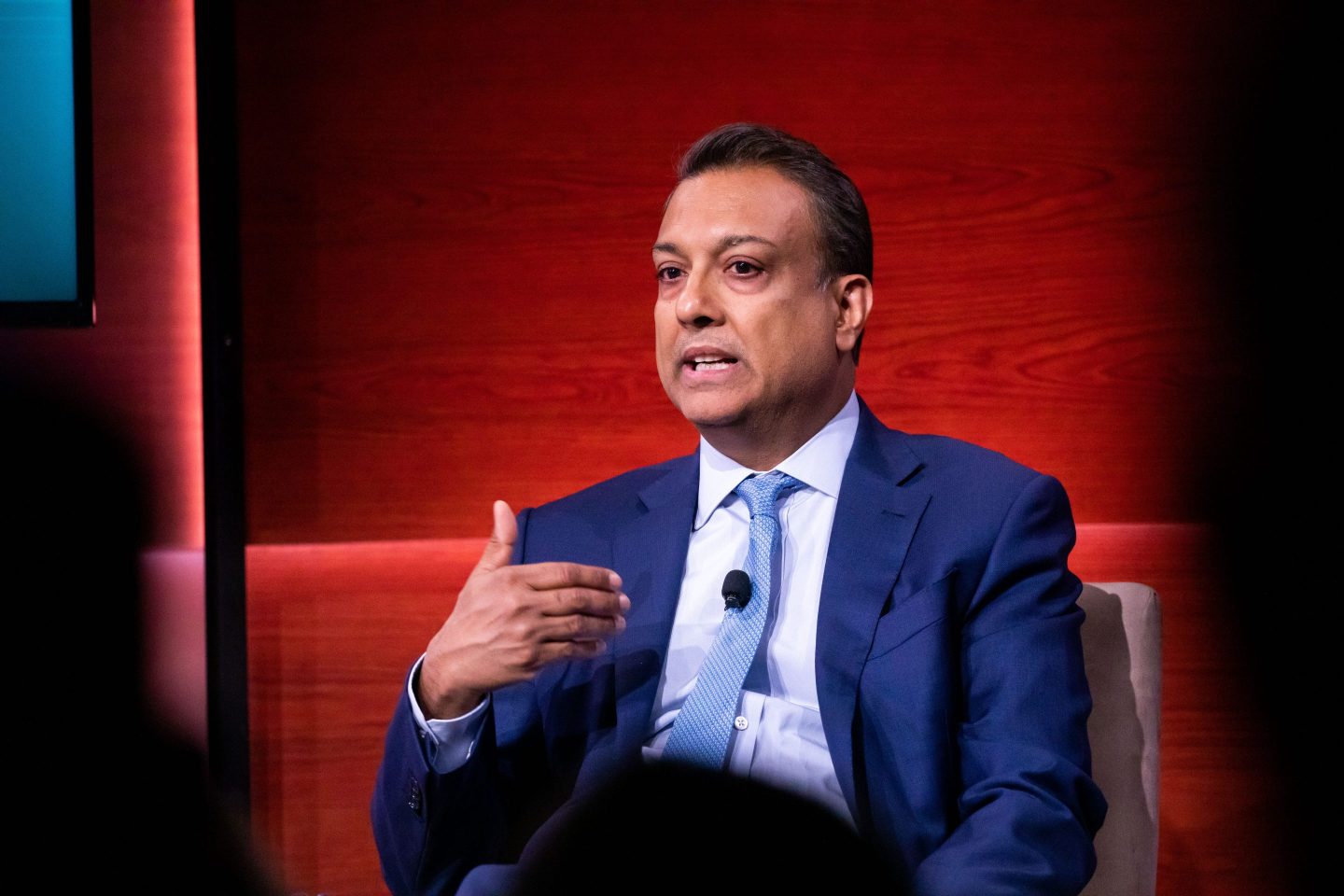 Sumant Sinha, the chairman and CEO of ReNew Power, speaks during a United Nations Climate Action panel in New York ahead of COP27.
Michael Nagle—Bloomberg/Getty Images

The U.S. and India will come under close scrutiny as world leaders head into crucial climate policy meetings leading up to the crucial COP27 summit. For both countries, the question is: How will they respond to the need for more vigorous leadership on climate?

For the U.S., the passage of the Inflation Reduction Act (IRA)–the largest-ever U.S. investment in the fight against climate change at $369 billion–is a major step. If current estimates hold, the IRA will slash greenhouse gas emissions by about 40% from 2005 levels by 2030.

However, it will not be enough. The IRA alone cannot solve the climate crisis or even keep warming under the critical two degrees Celsius threshold. More importantly, the new act will not be enough to claim U.S. leadership in the fight against climate change.

Especially worrisome is the lack of a political consensus in the U.S. on climate issues. Global policymakers took note that not a single Republican in the Senate or House voted for the IRA.

At the same time, given how crucial the U.S. is for climate mitigation globally, it is concerning that some U.S. states have taken steps to penalize financial firms that they say will reduce their investments in fossil fuels. The world will be looking closely at the U.S. midterm elections–and what impact will the composition of The House and Senate have on Washington’s mitigation policies, including the IRA.

Further complicating the picture is the looming energy shortage in Europe, as it faces winter without the supply of Russian natural gas critical to its economies. Unsurprisingly, leaders in some European countries–after years of lecturing the developing world about coal dependence–are counting, in varying degrees, on coal-powered generation to get them through the forthcoming crisis as they further build renewable energy capacity.

In this period of fractious U.S. politics and European energy shortages, it is up to the developing world and a handful of other economies to step up.

In India, there is a strong political consensus around the government’s ambitious climate targets and actions. India is the world’s third-largest renewable energy producer and the third-biggest emitter of greenhouse gases. In recent years, the country has driven substantial expansion in capacity across wind and solar power. My company ReNew provided more electricity in 2021 than Delaware’s annual consumption–and grew its renewable energy portfolio by 30% in the April-June quarter year-on-year.

India’s next move is in green hydrogen. The first phase of a planned push into this new energy source that was launched by the government in February set a target of five million tons per year of green hydrogen production by 2030. This goal is supported by subsidies and incentives for renewable energy project.

One bill could never have fixed U.S. climate policy. Key risks to global climate action remain, including backsliding on commitments, reduced flows of capital to developing nations for climate action, disrupted supply chains, and food and energy crises in the developing world. China’s recent recalcitrance on climate issues stemming from tensions with the U.S. over Taiwan has added to the challenge.

Given this difficult backdrop, the U.S. (the world’s largest economy) and India (the fastest growing major economy) must take the lead in addressing these challenges.

We must work together, through UNFCCC COP 27 and India’s Presidency of the G20, to ensure that strong momentum on climate action continues globally, despite the energy crisis. We must ensure that commitments on both net zero and climate finance are not scaled down.

Along with others, New Delhi and Washington must launch joint initiatives to lower borrowing costs for clean energy projects in developing countries. The aim is to eliminate the likelihood of reduced private flows of climate finance, due to surging interest rates in developed countries and depreciating currencies of developing nations.

We must also enhance collaboration between companies in the U.S. and India to improve effectiveness and ensure existing business-led initiatives actually deliver. By amplifying voices from more geographies, we can shape potential solutions–together.

Listen to the Global South. In many cases, the world’s poorest and most debt-laden nations are also the most vulnerable to climate shocks. Their needs must be a priority–and their ideas and experiences will help build new solutions.