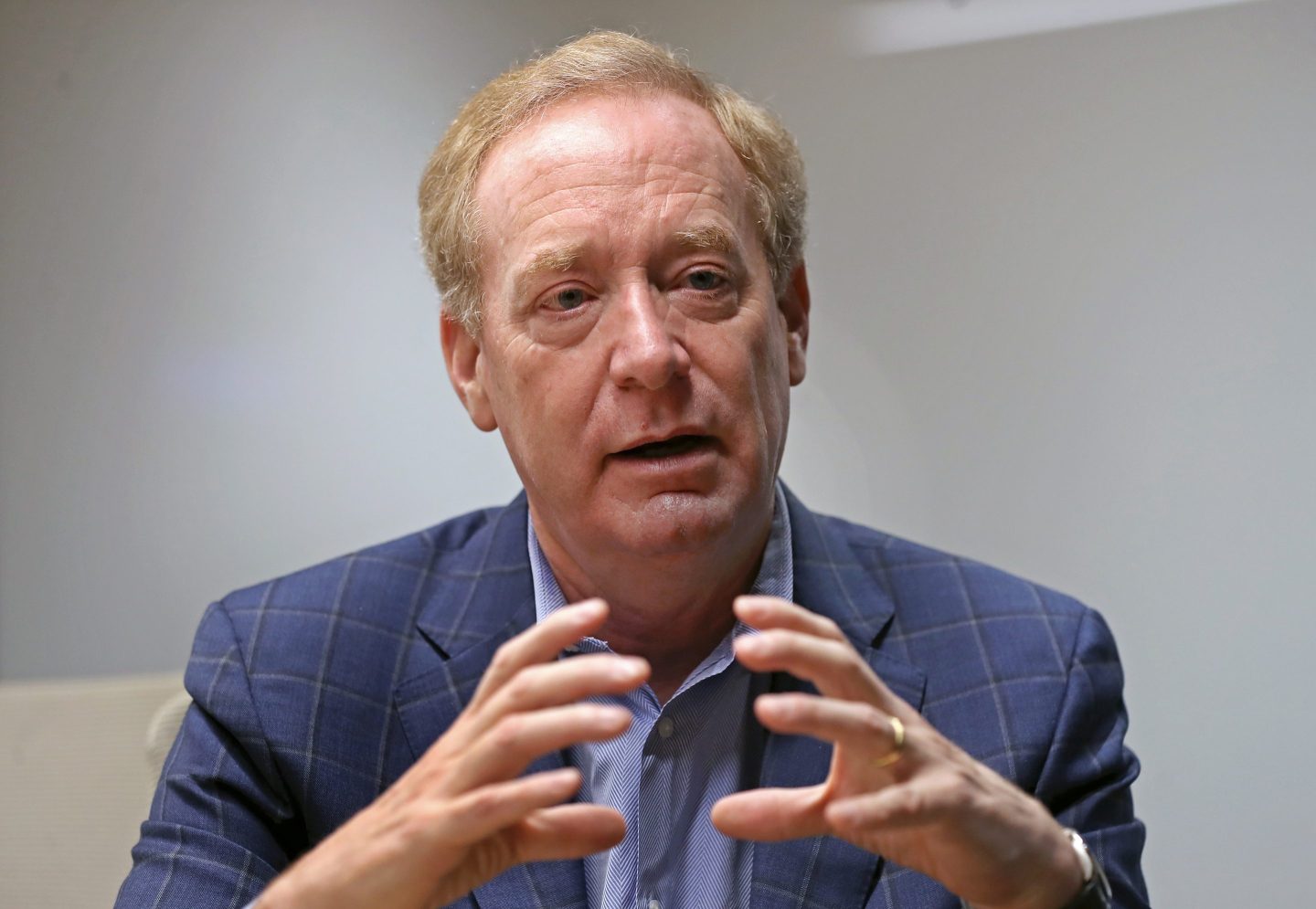 Climate change activists are fighting to bring down carbon emissions by telling people across the world to drive less, turn off lights, and avoid fast fashion. One of the world’s most famous climate activists, Greta Thunberg, went as far as urging people to stop traveling via airplanes to reduce carbon emissions—popularizing “flight shaming.”

Bizarrely, she’s inspired activists from her generation to adopt more and more outlandish protests, such as dumping cans of tomato soup on a Van Gogh or gluing their head to a Vermeer.

But what if the answer isn’t changing people’s behavior but a new type of tech bro? A Microsoft executive says the biggest single problem is there aren’t enough qualified workers to combat climate change.

“We have to move very quickly to start to bring our emissions down, and the ultimate bottleneck is the supply of skilled people,” Microsoft President Brad Smith told Reuters ahead of the company’s report on sustainability skills published on Wednesday.

The report, titled “Closing the Sustainability Skills Gap,” highlights a challenge businesses across the world are facing in their efforts to combat climate change because they do not have enough sustainability-skilled workers to drive the change. Microsoft and Boston Consulting Group interviewed and surveyed 250 employees at 15 companies (including Microsoft) that are at the forefront of sustainability innovation and change.

Over the summer, parts of the world experienced historic droughts and record high temperatures. Meanwhile, Pakistan is still recovering from floods that killed more than a thousand people. These devastating events are all believed to be “fueled by climate change,” Smith said in a foreword to the report. The growing climate crisis has led 3,900 companies to announce pledges to combat climate change, he said.

Companies are working to fill roles focused on sustainability efforts, but there’s a skills gap. Employers need people who have specialized sustainability knowledge and skills needed to address issues through climate-specific digital tools, he said. Some businesses are not yet equipped to handle these challenges, and they’re also facing increasing economic pressures that could lead them to postpone efforts altogether.

The International Labor Organization estimated that 18 million new jobs would be created by 2030 to meet the goals of the Paris Agreement (an international treaty on climate change). But LinkedIn’s Global Green Skills report showed that green jobs grew at an annual rate of 8% between 2015 and 2022—and the talent pool grew by only 6%, according to the report.

“These major companies have relied upon talented insiders with the core transformational and functional skill sets needed to evolve their roles and create change, despite a general lack of formal sustainability training,” the report said.

But there are ways for these companies to fill the skills gap, and the report suggests three recommendations to make progress. First, create a better shared understanding of what the workforce needs by using data. In partnering with other organizations like the International Labor Organization, employers can work to map out sustainability skills and jobs as they evolve, which will improve the data available.

Next, employers should work to upskill their workforce through sustainability training and learning initiatives, which can be done by partnering with educational institutions, the report said.

The last recommendation moves beyond just employers, and rather asks that the next generation of workers are taught sustainability fluency and science in primary and secondary schools. Adding that, higher education institutions should also strengthen and expand their undergraduate and graduate sustainability programs.

“Like the space age and digital era, the world’s sustainability transformation calls not only for a new generation of technology but a new generation of knowledge and skills,” Smith said. “Clearly, no single entity can meet this challenge alone. The key will be to partner broadly and effectively with others to move the world’s workforce into the future.”