Don’t get lost in the cloud: How to manage multiple providers 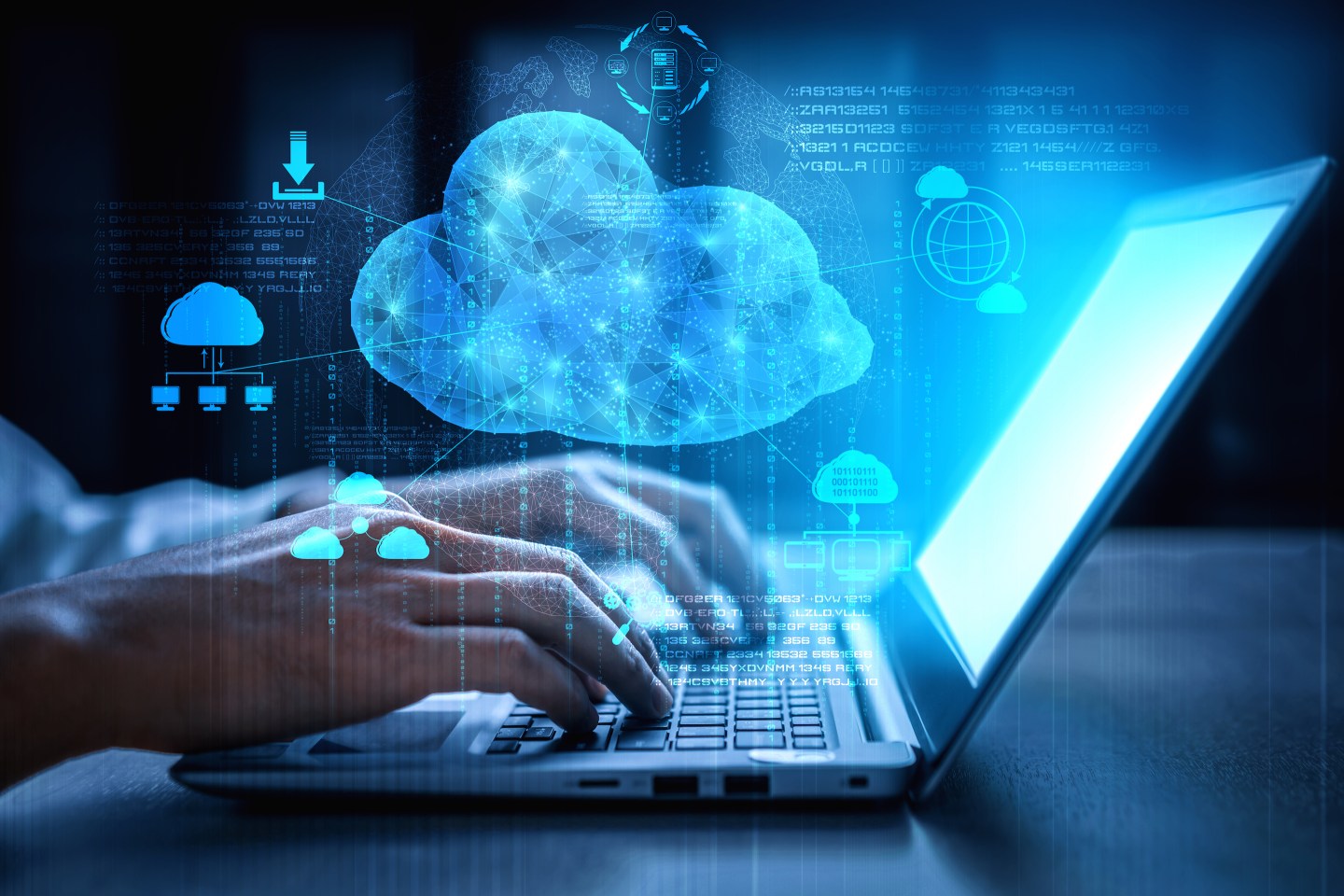 What are the potential benefits and pitfalls of a multi-cloud approach, and how can organizations get the most out of multiple vendors?
Getty Images

For Trintech, working with several cloud service providers turned out be a smart move.

“You can definitely enter new markets at a lower price point or scale at a better price point by picking the best of breed,” says Michael Ross, chief product and technology officer of the software-as-a-service (SaaS) provider, which helps enterprise and mid-market companies to automate and improve the efficiency of their financial close. “The public clouds will give you a much better entry point, but then your private cloud can give you a better scale price point.”

Trintech is one of a growing number of organizations that have gone the multi-cloud route. Although using several providers can deliver substantial benefits, companies need a clear business purpose—and a centralized cloud management system to avoid cost overruns, security breaches, and other potential risks.

If Deloitte’s recent U.S. Future of Cloud Survey Report is any sign, multi-cloud is now the norm. Of the 500 senior cloud decision-makers surveyed, 79% said they work with more than one provider. Among leaders, the most common number was three or four, versus one or two for others polled. Meanwhile, most respondents have minimized on-premises cloud use. Across the board for those surveyed, the top benefits of a multi-cloud approach: more choice of services, application and data processing scalability, and more flexibility and negotiating leverage.

Multi-cloud emerged over the past five years from organizations’ need to take advantage of best-of-breed technology, says David Linthicum, chief cloud strategy officer with Deloitte. An enterprise often begins by signing up with a primary cloud provider before looking elsewhere, too. “When they start building other projects and other divisions start getting involved in it, they say, ‘Well, we can’t find the particular database or A.I. system or development system that we really think we need on this particular provider.’”

As the company turns to other vendors—typically doing 80% of its work with the primary provider and 20% with the rest—a common result is what Linthicum calls multi-cloud by accident. In many cases, an enterprise may not even know about this “shadow IT movement,” he says. “Other divisions are leveraging it and building systems on top of it.”

Linthicum has seen a variety of approaches to multi-cloud: “Either IT is proactive, and they’re trying to do some planning around it and bring it together and make it run better, managing them better, or they’re just managing them separately in an ad hoc way.”

Companies should know what they’re trying to achieve in the cloud, counsels Howard Boville, head of the IBM Cloud platform. “The early adopters were simply moving to a new technology, which is called cloud, and that serves no business purpose whatsoever,” says Boville, whose hybrid cloud practice specializes in regulated industries such as banking and health care. “Unless you actually think through what you’re going to use that new, innovative tool for, you’re not going to get any benefit.”

But the ad hoc approach predominates, according to Matt Wallace, chief technology officer of Faction, a multi-cloud data service whose clients include Trintech. “The number of organizations who intentionally go, ‘We’re going to the cloud, we’re going to be multi-cloud, let’s do this intelligently,’ is definitely dwarfed by the number of, like, ‘Oh, my God, we’re multi-cloud. What happened?’”

Companies often arrived there thanks to acquisitions or their own permissiveness, says Wallace, who also notes the distinction between cloud infrastructure and SaaS. “Organizations were giving people freedom to go and deploy whatever cloud they wanted, or they were ending up with multiple clouds through M&A.”

Boville can relate, having recently met with three banks that had each bought other businesses. “They were talking to us because they couldn’t run the complexity of having these cloud providers through acquisition,” he says. “Our [Satellite] capability could simplify it for them and give them uniformity as to how they run from a security and a compliance perspective.”

In some quarters, at least, businesses are focusing their multi-cloud efforts. “The thing that I see happening now in the biggest organizations is an awareness that leveraging multiple clouds at the same time for their strengths is valuable,” Wallace says.

Trintech, which uses multiple cloud providers in a number of ways, offers customers two different solutions, Ross says. The Dallas-headquartered firm’s Cadency product for enterprise is used by more than half of Fortune 100 companies, while its Adra platform targets the commercial space. Cadency is a single-tenant, private cloud offering that draws on Amazon Web Services (AWS) infrastructure; built for public cloud, multi-tenant Adra is based on Microsoft Azure.

That mix of cloud services has two major advantages. “First, it provides different geographic coverage models that we wouldn’t get in a private cloud model with the same cost profile,” Ross says. “So it allowed us to expand geographically and serve the needs of our customers more rapidly by virtue of leveraging the public clouds that were in geographies where we were trying to enter.” On the enterprise side, the cost of a dedicated private cloud would have been too prohibitive, Ross adds.

The second advantage: “On the public cloud side with Adra, it allowed us to bring that solution to market much more quickly, because it was written in the last few years.”

Trintech became a client of Faction in early 2022. The Denver-based company runs gear that stores data in centers cross-connected with all the major cloud providers. “We let our customers use our physical connections to ride this high-speed, low-latency, optimized network…we build, which is where we store the data in those clouds,” Wallace says. “It ends up creating this scenario where you can then access the same copy of the data with the same metadata, all the same attributes, from every cloud at once.”

Trintech, which had been using an in-house backup solution that didn’t meet its needs, wanted to prepare for two things, Ross says. “One was a better quality of service from the solution, especially as we scale as a business.”

Second, Trintech wanted the flexibility to move data center providers more easily without disrupting its backup operations. “By separating the backup service from the data center or cloud provider, [Faction] gave us the segmentation where we felt like we had better resiliency and better flexibility to change those primary cloud providers if we wanted to in the future.”

Wallace gives another example of how Faction helps clients use several clouds. For one customer, a life sciences company, it built a “multi-cloud supercomputer” for processing all of the genomes in the 1000 Genomes Project, he says.

“We use spot instances across all the clouds,” Wallace explains, referring to spare capacity available at a discount. As a result, the computing power costs a fraction of its regular price. “But we have much more scale and reliability because we’re able to draw upon those instances across every cloud at once,” using the same data set, Wallace adds. “Every single instance, regardless of which cloud it’s in, is accessing the exact same data at the same time.”

For organizations that take an ad hoc approach to multi-cloud, the risks include cost overruns from engaging several different services, Linthicum warns. “They don’t have a good handle on how the money’s being spent in a particular cloud provider, even within the primary provider,” he says. “And they’re getting huge cloud bills they didn’t expect, to the point that the boards of directors and CIOs and C-suites are starting to notice.”

Security concerns are another reason to centralize cloud management. Organizations with three or four providers should have a security system that spans all of them so they can avoid juggling several separate dashboards, Linthicum suggests. “That’s where people get confused, and that’s how breaches occur.”

Besides a plan for how the various providers work together, Linthicum says, it’s crucial to have a financial operations (FinOps) program that monitors and manages usage and costs. “Many enterprises don’t have that right now,” he notes. “They wait for their bill to show up and then figure out what went on, and they’re just running it on a spreadsheet where they’re not getting a true FinOps program in place.”

To that end, Linthicum recommends using a cloud business office (CBO). “Everybody doesn’t know what each other’s doing when they’re communicating with a cloud provider,” he says. “So this means you’re going through one unified voice, and therefore you should be able to get the best deal through economies of scale.”

Working with several providers could put you in a stronger bargaining position, but it isn’t as effective a tactic as it might appear, Linthicum reckons. “My advice to clients is to use any kind of leverage that they can to negotiate the best price and the best terms,” he says. “It may work some of the time, not all of the time.”

Ross suggests that companies ask whether integration with a cloud provider creates any lock-in—and if so, how well that works for them. “Let’s say you build for AWS native services or Azure native services; that means you’re going to be tied to that vendor.”

Not comfortable with lower upfront costs in exchange for less flexibility? Design your application so it can switch to another provider, Ross advises. “But if you don’t have the time or the budget, just make sure you’re comfortable that you’ve got a vendor and a financial model with that vendor that you feel strongly about for the foreseeable future.”

Using Red Hat’s OpenShift platform, IBM Cloud lets clients develop and run applications in any cloud or on-premises environment. “We don’t believe that we should lock our customers out of innovation from what AWS is doing, Azure is doing,” Boville says.

What’s next for multi-cloud?

For Ross, the proliferation of cloud services means that operations teams will have to focus on integrating them, while application development teams must ensure that they’re designing for portability if needed. “So I do think it drives complexity over time,” he says. “But you get the benefit of the cost profile and the flexibility profile that you get with these new cloud service offerings that you just can’t re-create.”

With SaaS and development systems in play in a multi-cloud environment, a company could be managing 10 or 15 different providers, Linthicum says. Of course, there’s always the option to cap the number. But that could thwart productivity, creativity, and innovation, Linthicum warns.

“If [you’re] able to get to a much more efficient architecture and solution using somebody else’s tools and technology, just because you’re putting governance on limiting the use of cloud computing to limit complexity and cost, then you’re missing that business opportunity,” he says. “Companies are wrestling with this right now.”