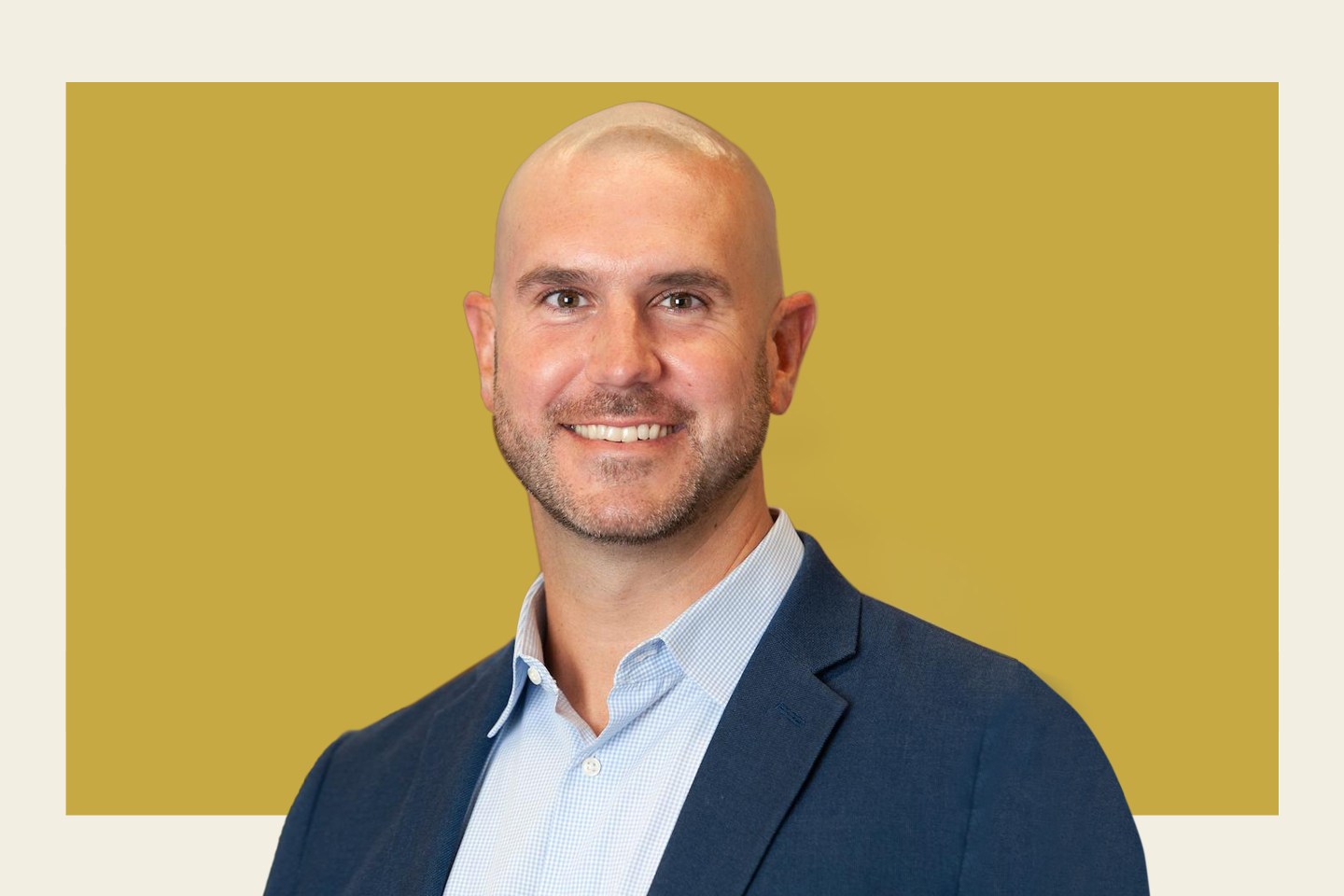 Schneider Electric was founded in 1836 in France, and in the 21st century it’s one of the world’s most sustainable companies, now helping Walmart decarbonize its scope 3 emissions.

Over the past 15 years, under CEO Jean-Pascal Tricoire, Schneider acquired automation, energy-efficiency, and electricity brands including Invensys, ASCO, and Andover Controls. The company has been reinventing itself from selling electrical products to digitizing and automating the infrastructure of everything from humongous factories to a house on your block.

At a time when sustainability is top of mind, Schneider positioned itself around energy management. For example, the company acquired start-up climate-tech platform Zeigo in January. And to support its software solutions, in September, it announced its intent for a full takeover of the British software company Aveva PLC for $11 billion. Schneider reported Q3 2022 revenues of €8.8 billion (about $8.57 billion), up 12% year over year, energy management was up 12.1%, and industrial automation up 12%.

Forty-one-year-old Joshua Dickinson is the new SVP and CFO for Schneider Electric North America (NAM). Dickinson, based in Dallas, began his career at the company in 2015 and was most recently VP and deputy CFO of NAM operations. He’s now responsible for all financial operations of the approximately 8.2 billion euro (FY ’21) ($7.9 billion) region. I sat down with Dickinson to talk about cost savings, upcoming projects, grappling with digital transformation in finance operations, and his leadership style.

Fortune: What are some of the cost savings related to the digitization process?

One of the things I get asked as a CFO in this space is, how do you reconcile the cost to become more sustainable with managing your P&L? When you look at our sustainability business, a lot of the engagements that we take on in our performance contracting business are targeting about 30% energy savings every year for that company’s operation. Once we digitize the facility, we can show people how they’re losing money, and how their operation is inefficient. And when you present that to a CFO or anyone who understands profitability, it can be a very powerful tool to incentivize them to change.

Schneider Electric has plans to invest about $46 million in your Lexington, Ky., and Lincoln, Neb., manufacturing plants to digitize operations. Both plants are more than 50 years old. Why is the company choosing to undertake this effort?

It’s to ensure that we’re living out our own story to have an electrified and digitized operation both in North America and globally. But then also, we use facilities like that as a showcase to customers who don’t understand the value of electrification and digitization, especially to operations. During a recent trip to Mexico, I visited our Rojo Gomez plant which was built in 1967. I was surprised to see another great example of one of our older operations that has been on a journey of electrification and digitization, and the tangible value they were experiencing in their efficiency and overall quality of operations.

Now that you’re CFO, and Schneider will have increased large-scale projects in the U.S., what will your role be in the process?

I would say more of my role as a CFO at Schneider isn’t necessarily being a cheerleader but making sure that the decisions that I’m making on real estate and our facilities are enabling progress. Upstream supply is a huge part of this. As a large company, a lot of our carbon footprint is with our suppliers. My job as a CFO is to make sure that ESG remains at the forefront, leveraging it, and keeping it involved in the decision-making process.

Speaking of ESG, as public companies await the passage of the U.S. Securities and Exchange Commission’s proposed mandatory climate-risk disclosure rule, CFOs will most likely be at the center of enhanced reporting. What’s your perspective?

Even if the SEC’s ESG reporting rules don’t go into effect, I think we’re seeing a cultural change in the interest level and the importance of this to people. I think it’s critical that both the CFO and the CEO are fully aligned on the commitments that they’re making. Greenwashing is having a negative effect within financial institutions, but also with shareholders. People are having more and more interest in what a company is really doing about their commitments.

As a large global company, how is your digital transformation in finance going?

There are times we struggle with the siloed effect. When you think about the digitization journey within finance, we’re really now in a process of taking the best practices from each zone. Internally, we have the tag phrase “One Finance.” When I was recently in Las Vegas at our Innovation Summit, a few mornings I had the privilege of getting on some 3 a.m. calls, being on Pacific time, and talking with some of my European counterparts. It was an opportunity to share best practices and make decisions on what we’re going to keep from the different pieces, but then we’re going to put it on a single digital platform, a single operating structure where we’re standardizing whatever we can.

If you think about it, if I explain my financial performance, say to Hilary Maxson [EVP and group CFO], using different tools and different KPIs [than my counterparts], when she’s hearing my explanation versus hearing from China or from France, that can be very confusing. And we might not be comparing apples to apples, right? I think for a while, we really held off and we were playing defense. But the leadership team right now assembled by Hilary is such a great group of people. We’re very like-minded.

What is your leadership style?

I’ve got a great team and I would say that’s one of my strengths because I’m not an expert in every element of the finance function. My ability to attract talent and manage a team effectively, I think is part of my success story. It’s only been three months since I was a peer of a lot of the people that I’m leading. When you think about going from a peer and a friend to a boss, at least for me, it was a little intimidating. But that’s been one of the most rewarding parts of the last three months, just seeing the closeness and the level of talent that’s on my team.

I hope you enjoy your weekend.

PwC's latest pulse survey, "Cautious to Confident," finds business leaders continue to show optimism amid economic pressures. Ninety percent of executives surveyed are concerned about macroeconomic conditions. They're also very concerned about the Federal Reserve's tightening cycle, and the higher cost of capital (both at 86%). However, the findings also showed that executives are focused on the future. Seventy-seven percent of executives are confident that they can hit near-term growth goals, and 82% are confident that their company can execute overall business transformation initiatives. The survey was conducted from Oct. 12-18 and had a total of 657 executives from both public and private companies.

"Four ways to adjust to Daylight Saving Time ending, according to a sleep expert" by L'Oreal Thompson Payton

Eliane Okamura was named CFO at Ford Motor Credit Company. Okamura will succeed Brian Schaaf, CFO, treasurer and EVP of strategy, since 2018, who will retire, effective Dec. 1. Okamura has been director of automotive strategy, risk, and agile finance on Ford’s treasury team, since March 2021. She joined the company in 1995 in Brazil as an analyst and held positions including treasurer of Ford South America.

Jim Benson was named CFO at Dynatrace (NYSE: DT), a software intelligence company, effective Nov. 15. Benson will succeed Kevin Burns, who announced in May his intention to transition out of Dynatrace by the end of the year. Benson most recently served as EVP and CFO at Akamai Technologies, a global cloud services, and cybersecurity leader. Before joining Akamai, he spent 20 years at Hewlett Packard Company.

Cecilia Situ was named EVP and CFO at Santa Cruz County Bank (OTCQX: SCZC). Most recently, she was SVP and treasurer at Bank of Marin, and previously controller and principal accounting officer. She had a 14-year tenure with the company. Situ started her career in public accounting at Deloitte & Touche with a specialty in auditing community banks, real estate firms, not-for-profit organizations, and other financial service companies.

Jeff Stafeil was named EVP and CFO at Tenneco Inc. (NYSE: TEN). Stafeil will replace Matti Masanovich, upon Tenneco's acquisition by Apollo Funds. Stafeil will join Tenneco from Adient PLC, where he served as EVP and CFO since 2016. Before that, he worked at global automotive electronics supplier Visteon, where he was EVP and CFO.

Andrew Lazarus was named CFO at Validity, a provider of data management and email marketing success solutions. Lazarus will leverage his experience in finance and investor relations to scale the company for its next stage of growth. Previously, he has served as CFO at several companies, including Electric, Pilot Freight Services, and BAE Systems Applied Intelligence.

“I heard about the blue tick for a while, but I learned about the $8 thing at the same time you did. Anything that can reduce the bots on Twitter is fantastic.”