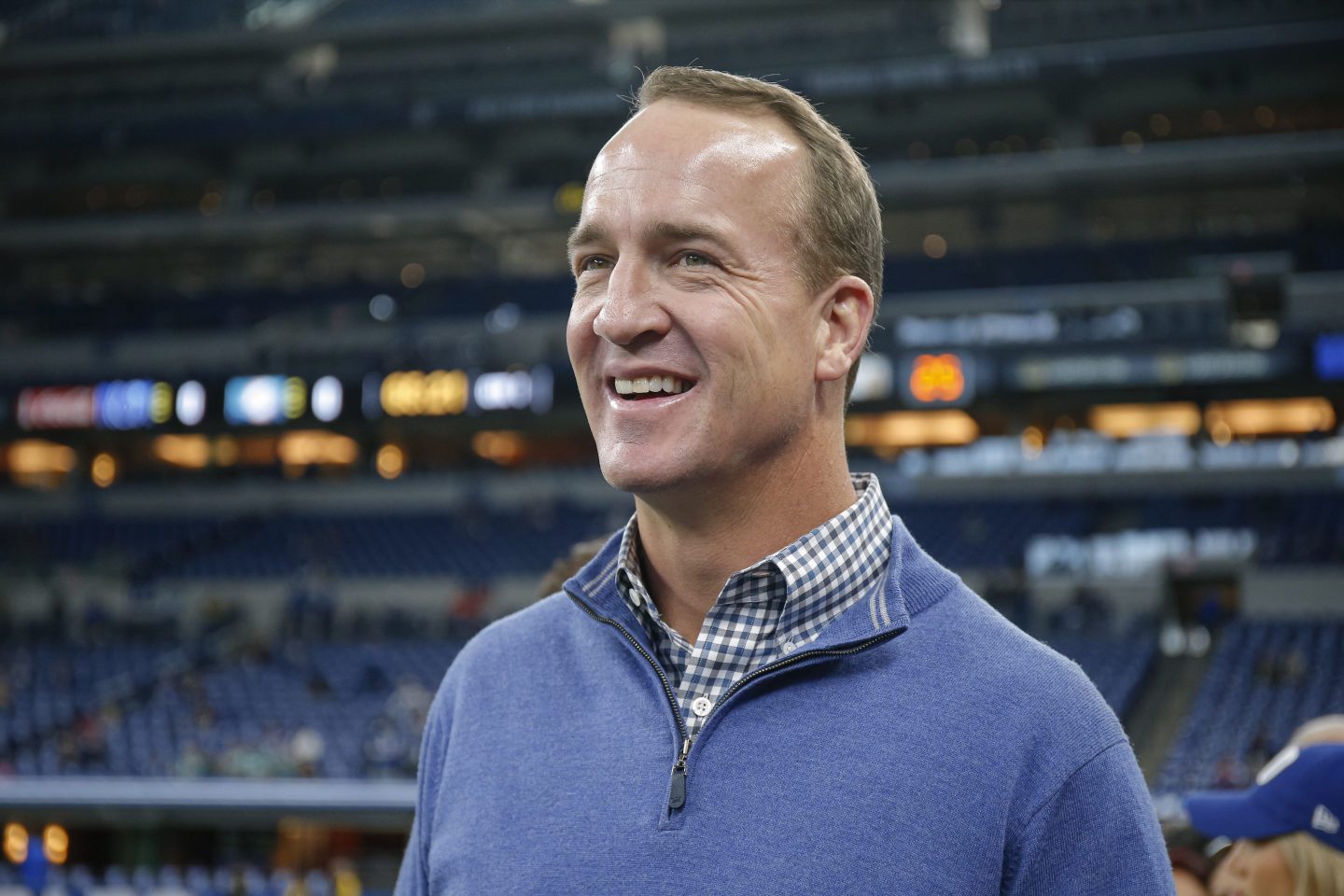 You know you’ve made it in media when, after one year on air, your TV show is parodied in the cold open of the Saturday Night Live season premiere. But Peyton Manning, the producer and costar of the show in question, is no stranger to winning.

The number one overall NFL ’98 draft pick turned five-time MVP and two-time Super Bowl champion, Manning retired from the NFL in 2016 after 18 seasons as quarterback, first for the Indianapolis Colts and then the Denver Broncos. As a player, according to Spotrac, he earned just under $250 million. But Omaha Productions, the sportscasting media brand Manning launched last year after turning down several network broadcasting offers, could be his most lucrative move yet.

“This is a second chapter for me,” Manning told Axios on Tuesday. “I never had a plan for what I wanted to do after I finished playing because I never had time to think about it. I was just thinking about football.”

Lack of a plan has worked well for Manning, who has spun Omaha into a multi-faceted company in just over a year. That includes a fleet of shows for ESPN+, including Monday Night Football with Peyton and Eli, which won an Emmy, inspired the SNL skit, and featured former President Barack Obama last month. The program, lovingly dubbed the Manningcast, is so successful that it’s already become a franchise series. So too, is Omaha’s Emmy-nominated Places franchise, a docuseries offering inside looks at various sports, including baseball, college football, MMA, and basketball. The original, Peyton’s Places, just premiered its third season this week.

While many NFL players pivot to broadcasting after retiring, Manning’s decision to launch a production company from the ground up sets him apart from his peers, who typically head for a broadcast booth to provide color commentary. Perhaps it’s no surprise that he would rather kick back on the couch and chat with brother Eli Manning than seek a suite of corporate executives’ approval on every piece of content.

“What is unique about Peyton is that instead of doing what everyone has done and what you are supposed to do as a great quarterback when you retire, he has been an individual and has done what is fun for him and makes him happy,” Neil Zender, showrunner of Peyton’s Places, told the New York Post.

Leaving football, Manning had the connections—and the cash—to be exceedingly picky about where and how he devoted his energy, but this can make the decision harder. “He has to be all in,” Manning’s father Archie told the Post. “That’s the way he’s always been.”

Eli has said how committed his older brother is to Omaha Productions. “He’s done a great job building a lot of new content through it,” he said, according to Market Watch. “I think he’s having fun along the way.”

That fun is front and center for Manning, too, particularly in his and Eli’s popular so-called Manningcast. “The second-and-one running play that nobody really cares about, let’s not analyze that,” Manning told Axios. “Let’s talk to [our guest] instead. I mean, that’s how I watch football with friends and family…just sort of having conversations.”

Much has been debated about the importance of finding a job you love or following your passion, but it seems to be the secret to Manning’s success. In that way, he isn’t approaching his second act much differently than a regular joe. Robert Dilenschneider, author of 50 Plus!: Critical Career Decisions for the Rest of Your Life, encourages new retirees to stretch their imaginations. “Don’t pigeonhole yourself as a ‘marketing person’ or a ‘finance person,’” he told Fortune. “Instead, think hard about what really matters to you. What makes you get out of bed in the morning?”

As Manning has long maintained, and Omaha reemphasizes, his answer is his big four: faith, family, friends, and football.