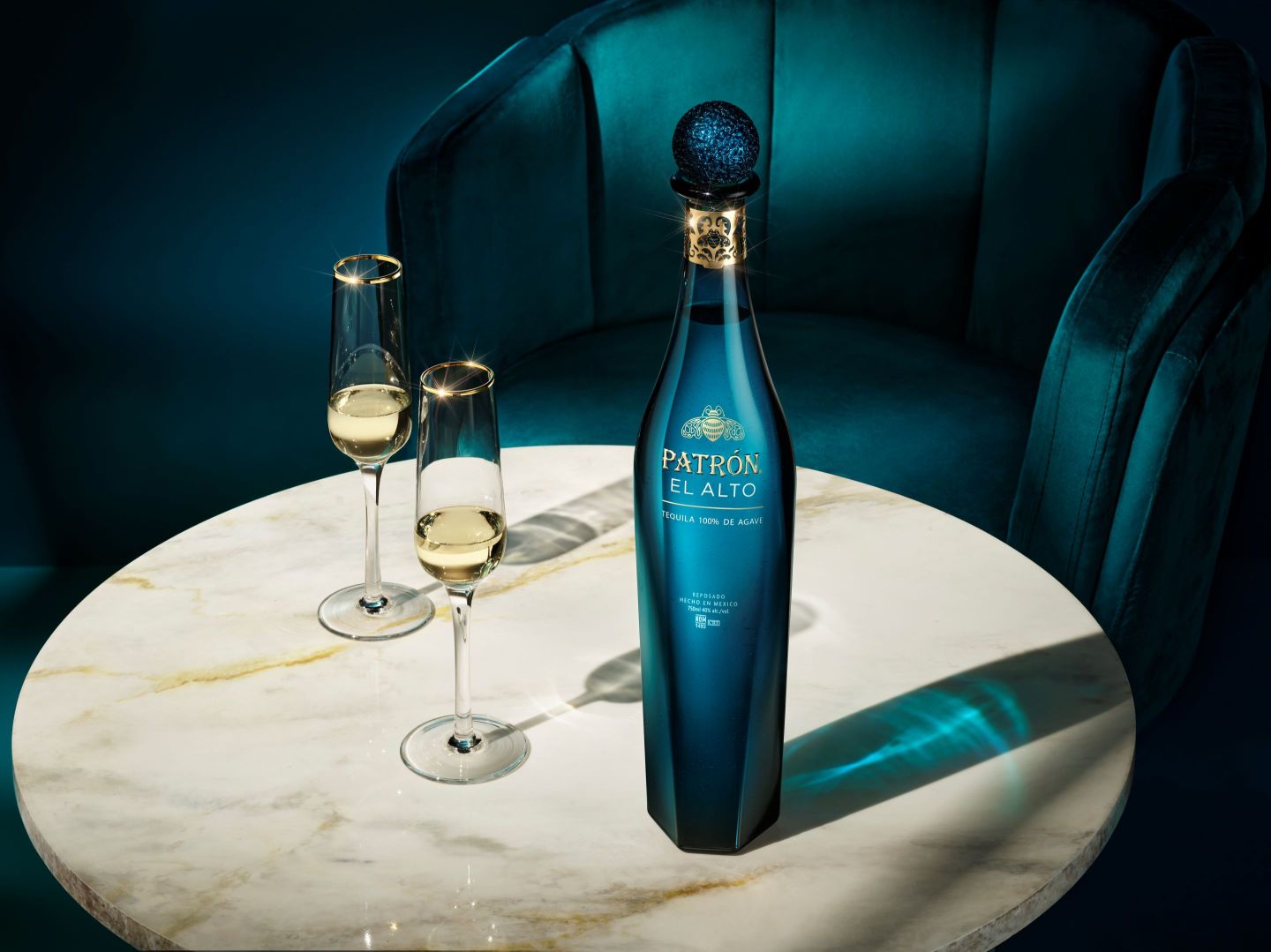 Patron El Alto will be the company's first entry in the prestige tequila space.
Patron

Patron Tequila is ready to take a spot on the top shelf.

The company, on Monday, will debut Patron El Alto, a prestige new tequila expression that will be the company’s first foray into the super-premium space.

“We’ve been bold innovators when it comes to tequila,” D-J Hageman, vice president of marketing at Patron, tells Fortune. “This is us making a statement again.”

The new expression is made from agave grown in the highest parts of Jalisco, Mexico, which the company says yields the sweetest flavors. It combines Reposado, Añejo, and Extra Añejo tequilas aged in 11 types of barrels, resulting in a complex drink that is incredibly smooth with hints of vanilla, caramel, and fruit.

It has been a four-year development process for the company to launch El Alto, with more than 300 tastings internally to ensure master distiller David Rodriguez and his team got precisely the flavor they were striving for. Despite that time frame, quantities of the tequila are limited.

El Alto will sell for a suggested retail price of $179 and will initially only be available in New York, Miami, Las Vegas, and Los Angeles. As you might expect with the price tag, this isn’t the tequila you want to grab when mixing a margarita. It’s best enjoyed neat, though on the rocks is acceptable.

Tequila has been having a moment over the past few years. A report from CGA Strategy, published in September, found that people are increasingly opting for the agave-based beverage over brown liquors. It is, in fact, the only major spirit to show share growth this year.

A big part of that is coming from premium and super-premium offerings (the categorization comes down to the aging process and the use of 100% blue agave in the creation of the beverage). The Distilled Spirits Council of the US says sales of luxury spirits grew 43% in the last year, with tequila and American whiskey leading the charge. Tequila saw a 75% annual growth rate in that time.

“This is the pinnacle of what Patron thinks prestige tequila should be,” says Hageman.