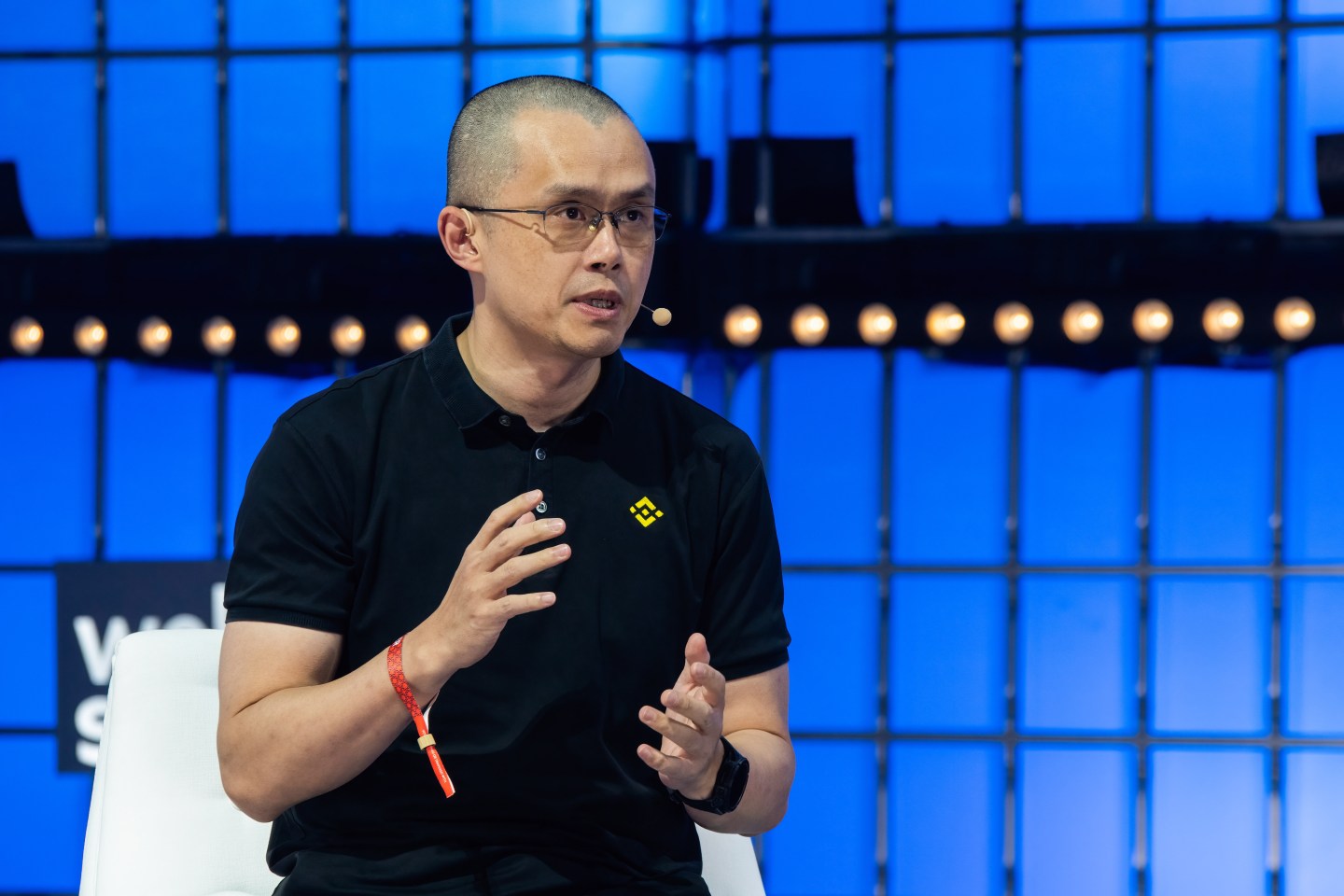 Binance CEO Changpeng "CZ" Zhao backed Musk to turbocharge a sleepy Twitter, which he claims has been slow on developing new features to attract and engage a wider user base.
Hugo Amaral—SOPA Images/LightRocket via Getty Images

Changpeng “CZ” Zhao offered wholehearted backing to Elon Musk’s Twitter takeover, despite the billionaire’s attempts to wriggle out of the $44 billion deal.

The Binance boss, who pumped $500 million into Musk’s vision for the social network, insisted he wasn’t worried by the world’s richest man trying to torpedo the investment as he was ready for either outcome.

CZ, the founder and CEO of the world’s largest cryptocurrency platform, told an audience at Web Summit: “I was a little bit surprised [the deal went through].

CZ also backed Musk to turbocharge a sleepy Twitter, which he claims has been slow on developing new features to attract and engage a wider user base.

“You can see the speed of change in Twitter is much faster now,” he said.

“Last year, I don’t know how many new features [the company rolled out]; I didn’t see that many.

“But I fully expect that with Elon now in charge, the speed of new features rolling out will be much faster.”

Musk has wasted no time in diving into his new acquisition, setting up weekend war rooms with his top lieutenants and recently announcing new subscription charges for users who want to be “verified” with a blue check mark.

CZ expects this rapid acceleration to continue and warned that although 90% of ideas will likely miss the mark, he’s confident the mercurial Musk will eventually land knockout ideas.

“Not all [new features] will stick. I would actually say probably the majority of them will not stick,” he said.

“But that’s how you figure out the rest of the 10% of the features that will stick: by defining a lot of new features.”

Musk, though, is seemingly not looping his main investors into his master plan, and CZ says he trusts the Tesla CEO to make the right calls.

“Musk is a hard guy to predict,” he added.

“I heard about the blue tick for a while, but I learned about the $8 thing at the same time you did. Anything that can reduce the bots on Twitter is fantastic.”

Pressed on when he was expecting a return on his significant investment, CZ insists he’s in for the long game and is more concerned with what Twitter offers as a “free speech” platform to the “crypto guys” and “politicians” who use it as a “global town square.”

“We’re very long-term investors so we anticipate to be involved in the next 10 to 50 to 100 years. We’re not bothered by short term; we don’t care about that.

“Twitter plus Elon? Independently, they have a lot of potential, but combined, there is such high potential.

“Musk is a strong entrepreneur and we love to support him. We’re both heavy Twitter users, although he’s a bit heavier than I am.

“Ten to 20 years from now, we’re very confident that this will be a much stronger platform than Twitter yesterday.”