Johnson & Johnson is paying $17.3 billion to buy a company that helps your heart pump blood 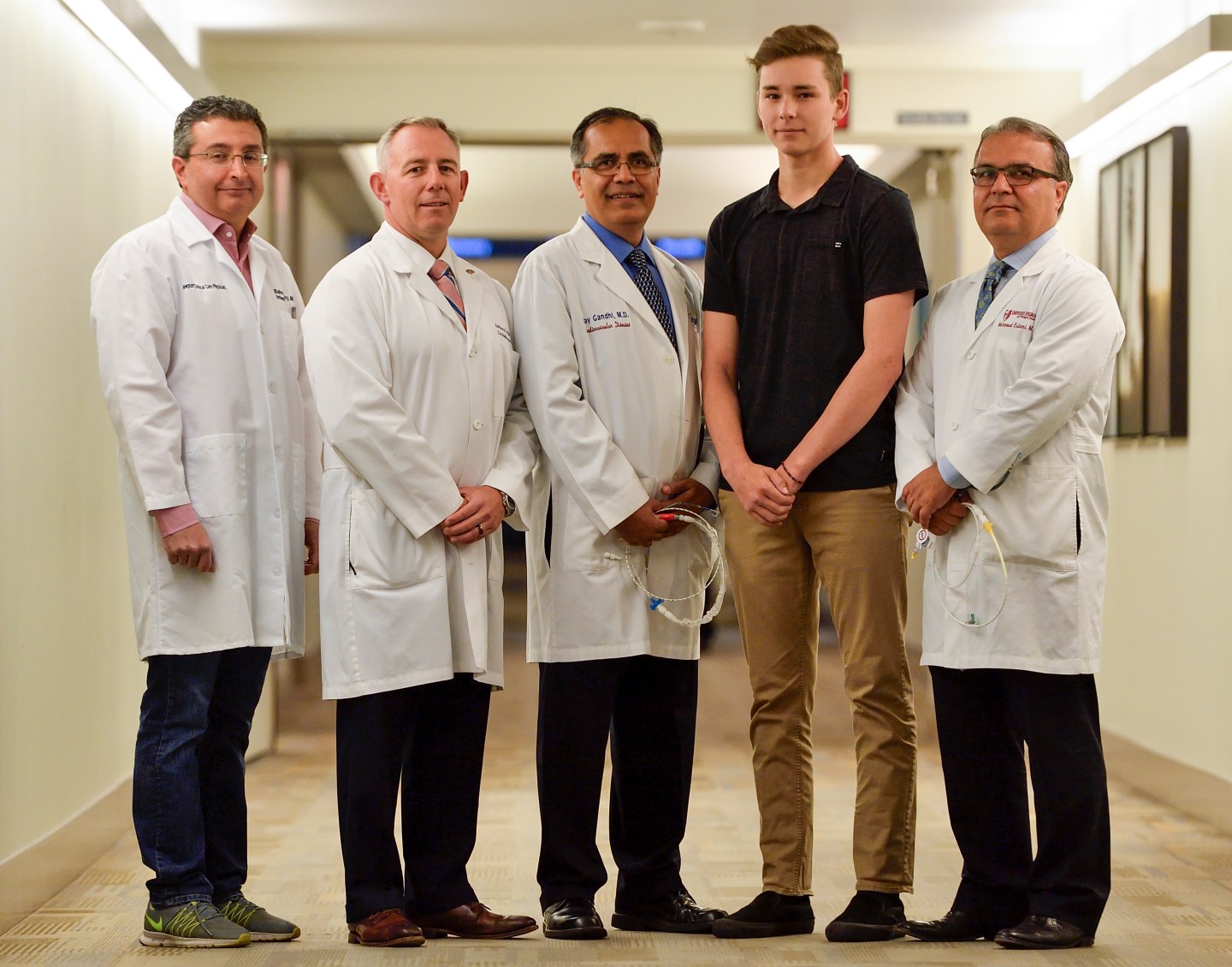 Tim Deits, with his doctors at Hoag Memorial Hospital Presbyterian in Newport Beach, California, on Tuesday, May 30, 2017; the right side of his heart imploded due to Arrhythmogenic Right Ventricular Cardiomyopathy and the Impella helped save his life.
Jeff Gritchen—Digital First Media/Orange County Register/Getty Images

Johnson & Johnson, one of the world’s biggest makers of medical devices, said it will purchase Abiomed Inc. for about $17.3 billion, building on its portfolio of technology to assist heart function.

J&J will pay $380 a share in cash, according to a statement Tuesday. That represents a premium of about 50% over Abiomed’s closing price on Monday and is close to the stock’s 52-week high in November 2021. Abiomed shareholders will also receive as much as $35 a share in additional cash if certain goals are achieved, the companies said.

J&J is planning to spin off its consumer unit next year and is looking to focus on higher returns from its pharmaceutical and medical technology divisions. Abiomed makes almost all of its money through the sale of Impella heart pumps — small devices that are threaded through arteries into the heart to help it move blood through the body.

In general, Impella devices are used when a patient’s heart isn’t pumping enough blood to oxygenate the body, to increase the rate of blood flow, or for a patient undergoing a high-risk heart surgery, to help the heart function during the procedure.

Abiomed has a “monopoly position in mechanical circulatory support, an extensive product pipeline, and was expected to return to mid-teens revenue growth in the outyears” as a stand-alone company, said Marie Thibault, an analyst at BTIG LLC, in a note Tuesday.

The company was founded as Applied Biomedical Corp. in 1981 by David Lederman with the goal of creating the first artificial heart. He took it public in 1987 and stepped down in 2004 to make way for current Chief Executive Officer Michael Minogue, a former General Electric Co. executive and Desert Storm veteran. Minogue plans to retire after the deal with J&J closes, at which time Chief Commercial Officer Andrew Greenfield will take the helm as Abiomed’s president.

The Abiomed purchase is the first big deal for J&J’s Joaquin Duato, who took over as the company’s CEO in January. He’s been at the company for roughly three decades and was the architect behind the company’s breakup. In an interview with Bloomberg earlier this year, Duato said that J&J must put more resources into developing medical technologies of the future.

“This is a unique moment deeply rooted in the commitment to our credo that has set Johnson & Johnson apart for well over a century,” Duato told investors on an earnings call. Duato said that the deal between the two companies will “complement Abiomed’s capabilities” and move J&J into higher-growth markets, while accelerating near and long term sales and earnings growth.

Abiomed had $937 million in cash and zero debt as of the end of September. Its sale price to J&J corresponds to an enterprise cash value of about $16.6 billion, the companies said. The transaction will take place through a tender offer and is expected to be completed by the end of March.

J&J Chief Financial Officer Joseph Wolk told investors that the deal would be neutral or slightly negative for earnings in the first year, then add 5 cents a share to income starting in 2024 and more after that.

If Abiomed accepts a superior offer or the merger agreement is terminated, the company would need to pay J&J $550 million, according to a filing. It’s unlikely another acquirer will surface given the premium J&J is paying, Thibault said.

Danvers, Massachusetts-based Abiomed said Tuesday its second-quarter revenue rose 11% on a constant-currency basis to $266 million, with some of its biggest sales gains coming in the Japanese market.

–With assistance from Ike Swetlitz.