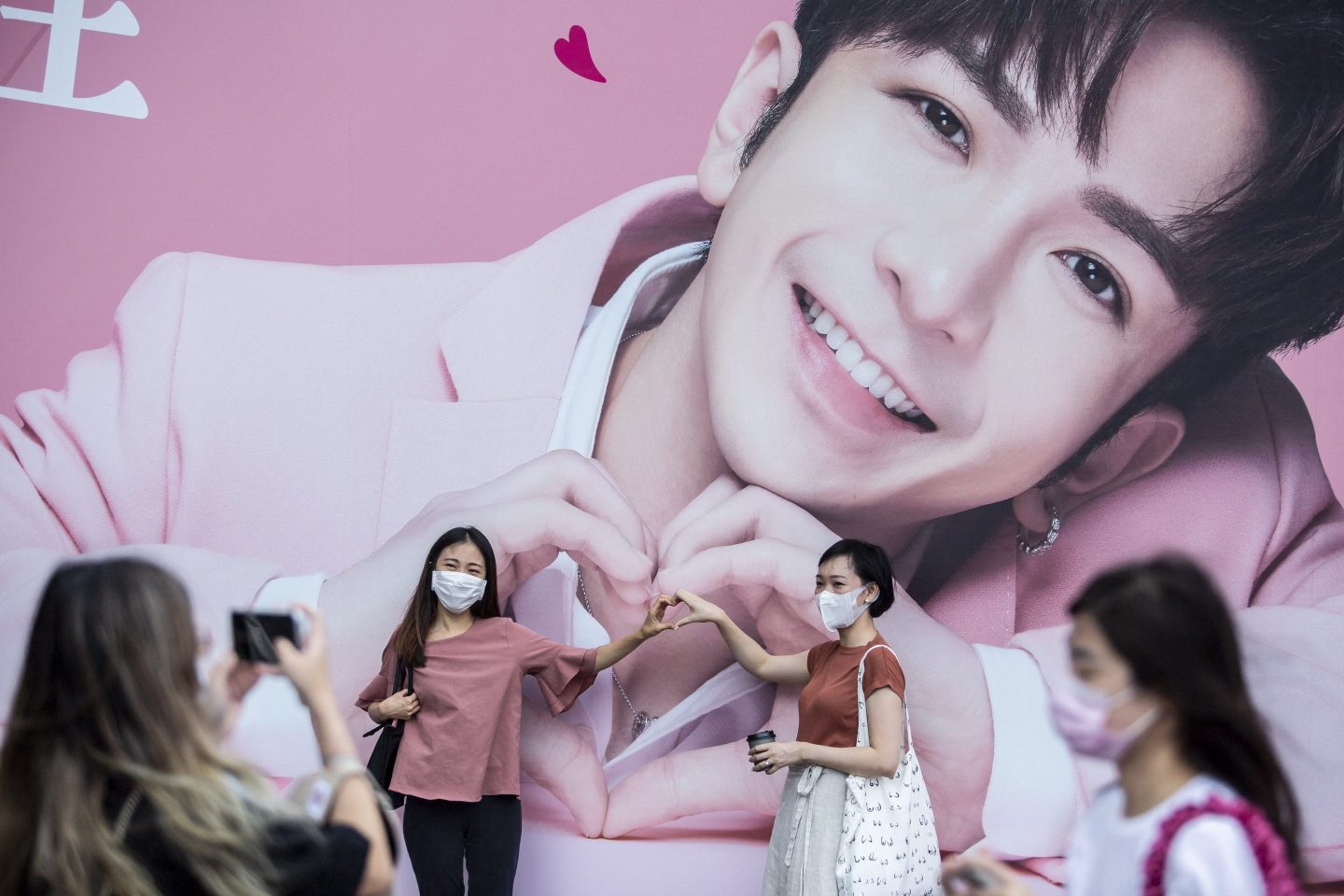 Stars in China are being urged to "consciously practice socialist core values" ​​in their advertising endorsement activities.
Isaac Lawrence—AFP/Getty Images

China is rolling out tighter celebrity endorsement guidelines and barring entertainers and celebrities from promoting products online that don’t align with the country’s “socialist core values.”

Private tutoring, health foods, tobacco products, as well as health care and medical equipment, are among the list of industries the Chinese Communist Party no longer wants celebrities advertising, according to a notice issued by the State Administration for Market Regulation, the Ministry of Culture and Tourism, the National Radio and Television Administration, and three other governmental organizations.

The Global Times—which operates under the auspices of the Chinese Communist Party’s flagship newspaper, the People’s Daily—reports that the new guidelines come after chaos in the celebrity endorsement market, “with some celebrities having conducted illegal or false endorsement and individual companies using performers who lack moral discipline to endorse their products in pursuit of profit.”

The move to overhaul the influencer and celebrity endorsement market comes just a week and a half after the Chinese Communist party’s regular five-year congress in Beijing and signals a new phase in President Xi Jinping’s campaign to reform the country’s moral values and youth culture under the banner of “common prosperity.”

“Celebrities should consciously practice socialist core values ​​in their advertising endorsement activities,” the rules stated, according to the Financial Times, and “should conform to social morals and traditional virtues.”

Much like the West, China is grappling with misbehaving celebrities and nationwide scandals—and corporate clients and advertisers often find themselves stuck in the middle.

After his conviction, Wu was embroiled in a contract dispute with Chinese kitchen appliances brand Vatti, which went viral on Sina Weibo in November 2021 with a hashtag on the contract dispute reaching 590 million views.

Another example is stand-up comedian Li Dan, who was fined more than 870,000 yuan ($134,347) for an ad for Beijing-based lingerie company Ubras that was deemed sexist for women. Dan called the underwear a “career life jacket” for women. Beijing authorities fined Dan for endorsing a product he had not used himself.

“The guidelines are a public warning about the incidents involving celebrity endorsements in recent years. This will help to rectify the endorsement chaos as well as making celebrities realize that their cultural image is linked to public perception,” Tan Fei, one of the most important film critics and public opinion leaders in China, told Global Times.

Tan said celebrity endorsements are not just about product promotion, they also export culture and value. “Companies and celebrities must not only pay attention to economic benefits but also to social benefits and social responsibility,” he said.

The latest guidelines scrutinizing the moral character of celebrities also come amid a wider push to discourage the anti-work “lying flat” youth culture in China.

“We need to educate people, especially the youths, with the Hongqi canal spirit that China’s socialism is won by hard work, struggles, and even sacrifice of lives. This was not only true in the past but [is] also true in the new era,” Xi said, according to Chinese state media.