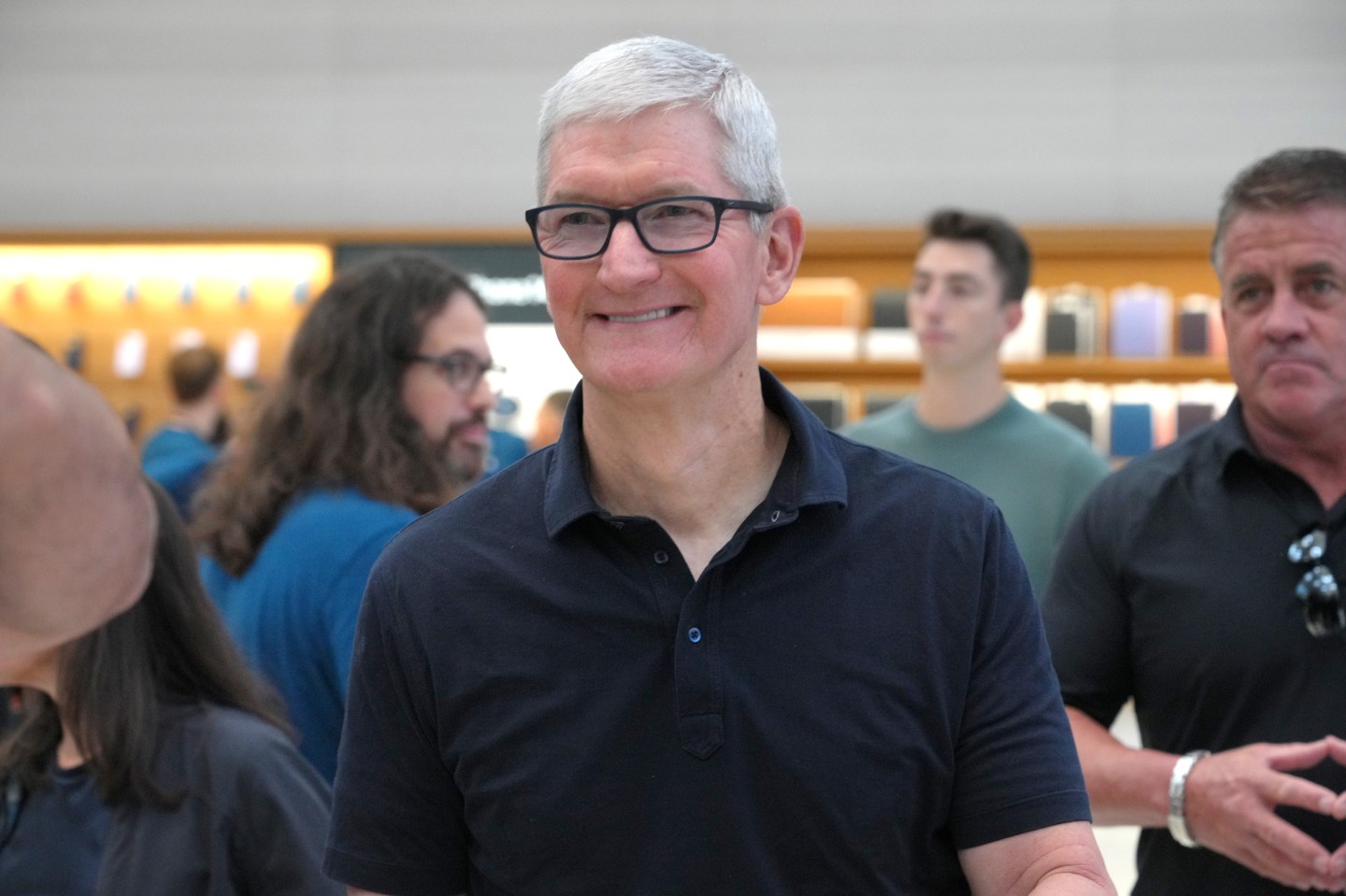 Longtime Apple customers probably remember the day in 2014 when a new album by Irish rock band U2 appeared unsolicited in their iTunes accounts.

The band’s album, Songs of Innocence, exclusively debuted on iTunes after Apple CEO Tim Cook launched the new iPhone 6 on Sept. 9, 2014. For a month after that, the album was only available on the platform as part of a marketing partnership between U2 and Apple.

It was a novel approach to distributing music for both U2 and Apple, and it took some persuasion to get Cook on board, according to U2 frontman Bono.

“There’s something not right about giving your art away for free,” Cook reportedly told Bono at the time, the Irish singer writes in his new memoir, to be released next week, an extract of which was obtained by the Guardian.

“You want to give this music away free? But the whole point of what we’re trying to do at Apple is to not give away music free. The point is to make sure musicians get paid,” Cook reportedly said, also asking whether Bono only wanted U2 fans to receive the album.

Bono countered that Apple should release the album to all iTunes users, who could then decide “whether they want to listen to it.” Bono added that he envisioned the iTunes release of Songs of Innocence and U2’s partnership as the start of a new type of subscription service for users to have exclusive early access to their music.

But by Bono’s own admission, he was dead wrong.

‘A gift to the people’

The album reached as many as 500 million Apple customers upon launch, but as U2 would soon find out, not all of those people wanted it. The band was inundated by online complaints criticizing the move as a marketing ploy and an invasion of privacy. Wired called the giveaway the “U2 album no one asked for” that was “even worse than spam.” Salon went even further, writing that the album had made U2 into an “internet punchline” and “the most hated band in America.”

The fallout forced Apple to create a site a week after sharing the album that was dedicated to explaining how users could delete the album. In October 2014, Bono issued a public apology for the album giveaway, and the frontman still says it was a bad idea in retrospect.

“I take full responsibility,” Bono writes in his memoir. “I’d thought if we could just put our music within reach of people, they might choose to reach out toward it. Not quite.”

Bono writes that while he wanted the giveaway to be “subversive,” it instead helped prompt a “serious discussion about the access of big tech to our lives.” He also called the fallout a public relations “land mine” that the band would have to navigate for years to come, although for all the backlash, U2 did not come out of the debacle empty-handed.

As part of the band’s partnership with Apple, the iPhone maker picked up the tab for the giveaway. To release U2’s album on iTunes for free, Apple reportedly paid the band an undisclosed royalty as well as committing to a marketing campaign for U2 worth $100 million, the New York Times reported at the time citing internal sources.