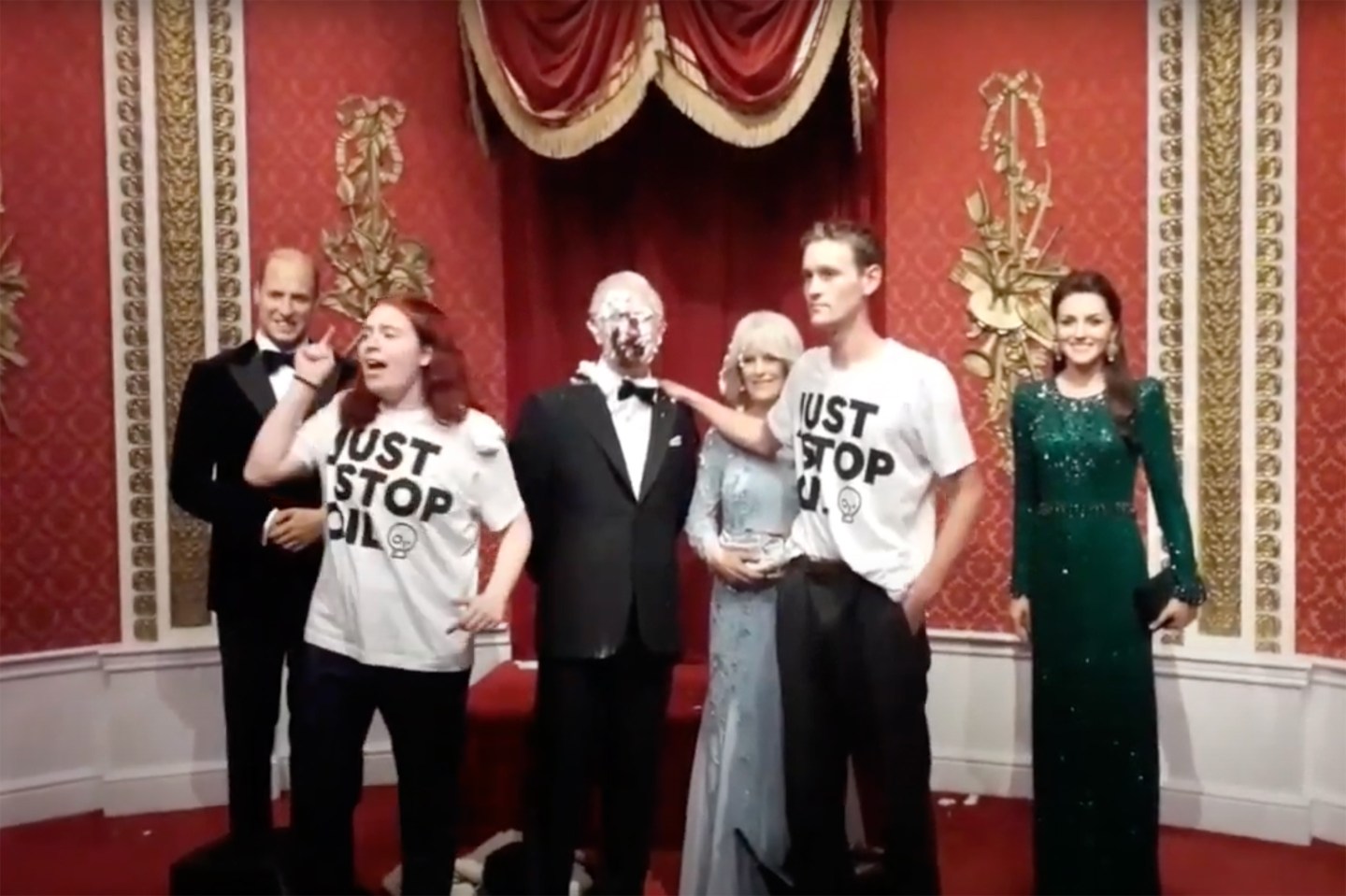 Climate activists are throwing tomato soup and mashed potatoes on some of the world’s most famous paintings. And on Monday, the food-filled protests continued.

At Madame Tussauds in London, a museum chain known for its lifelike wax figures, two protesters stood in front of wax figures of the royal family, revealed “Just Stop Oil” T-shirts, and smashed cake onto a replica of King Charles.

Just Stop Oil is a coalition of activist groups calling on the U.K. government to stop all future licensing of fossil fuel exploration, development, and production. Two of its members were involved in a recent soup throwing incident involving Vincent van Gogh’s Sunflowers painting in London’s National Gallery. On Sunday, members of a separate group known as Letzte Generation threw mashed potatoes onto Claude Monet’s Meules, or Haystacks, at a museum in Germany in protest of the “climate catastrophe.”

The activists who threw cake at the wax monarch were identified as Eilidh McFadden, 20, and Tom Johnson, 29, in a statement by the group following Monday’s protest.

“The science is clear,” Johnson said in a video after throwing the cake. “The demands are simple: Just stop new oil and gas. It’s a piece of cake.”

The protest comes a few weeks before the United Nations Climate Change conference, which King Charles won’t be attending, despite his longtime public stance as an environmentalist.

Just Stop Oil has promised to continue its protests until the U.K. government meets its demands.

“This is not a one-day event; expect us every day and anywhere,” the group said in the statement. “This is an act of resistance against a criminal government and their genocidal death project. Our supporters will be returning—today, tomorrow, and the next day—and the next day after that—and every day until our demand is met: no new oil and gas in the U.K.”

Four protesters, including McFadden and Johnson, have been arrested on charges of criminal damage related to the wax figure incident, according to London’s Metropolitan Police. The museum responded to the protest in a tweet on Monday, saying the museum’s security team dealt with the “incident quickly.”