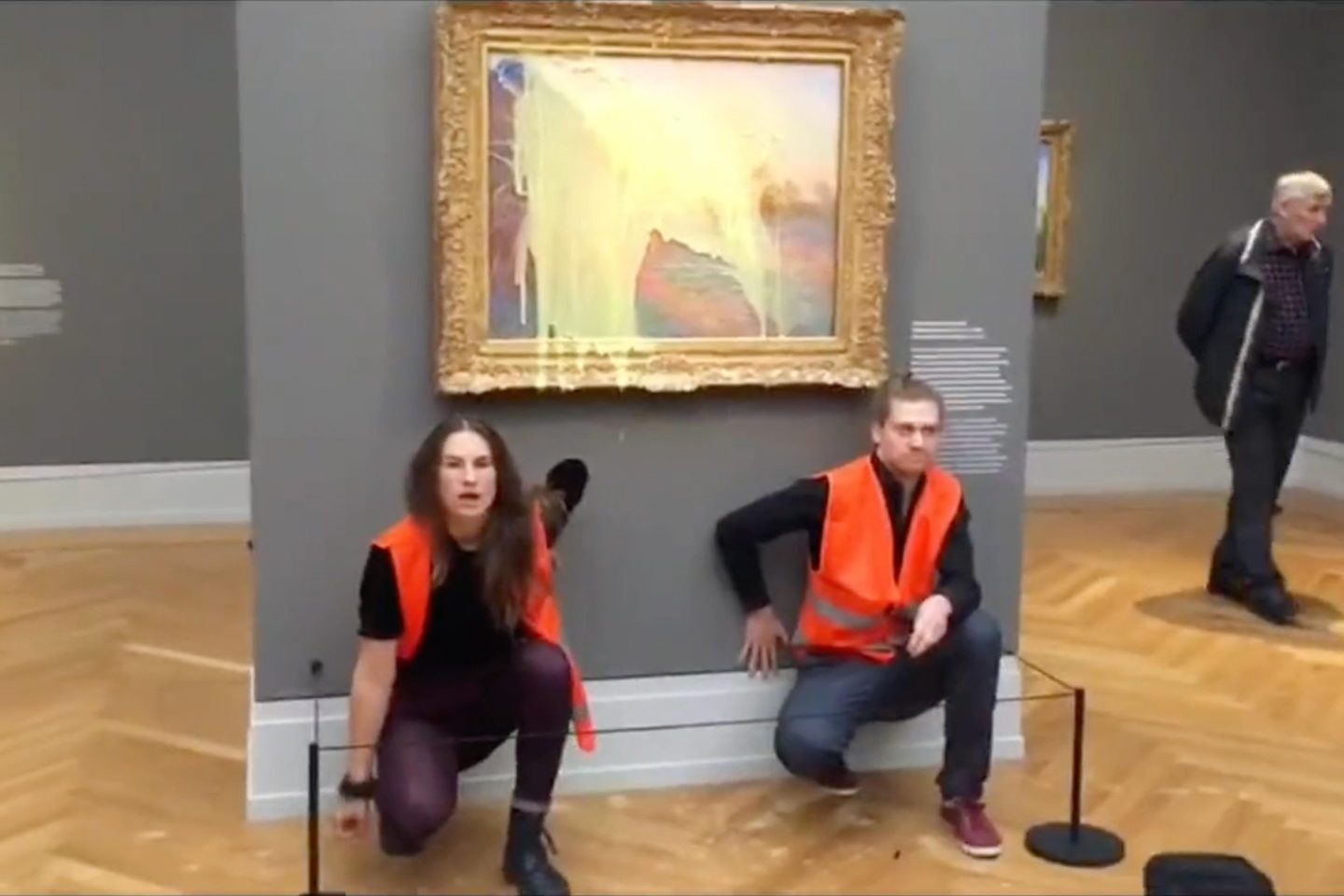 Letzte Generation activists glued themselves to the wall after covering the painting in mashed potatoes.
Twitter: @AufstandLastGen

Another group of activists have targeted a world-famous painting with food.

The object in Potsdam was one of Claude Monet’s Meules, or Haystacks, one of a series painted in 1890 and sold at auction in 2019 for over $110 million. On Sunday, it was covered in mashed potato by protesters who then glued their hands to the wall and gave their message to a camera—the footage was uploaded by the group to Twitter shortly after.

“We are in a climate catastrophe, and all you are afraid of is tomato soup or mashed potatoes on a painting.”

“You know what I’m afraid of? I’m afraid because science tells us that we won’t be able to feed our families in 2050. Does it take mashed potatoes on a painting to make you listen? If we have to fight over food, when will you finally start to listen and stop business as usual?”

The museum’s director, Ortrud Westheider, said in a statement: “While I understand the activists’ urgent concern in the face of the climate catastrophe, I am shocked by the means with which they are trying to lend weight to their demands.

“It is in the works of the Impressionists that we see the intense artistic engagement with nature.”

An investigation after the incident found that the painting itself had not suffered any damage, as it was protected by glass. The two activists were charged with trespassing and property damage.

Letzte Generation have performed multiple stunts in Germany in the past several years, garnering nationwide attention for a hunger strike in Berlin in 2021, and by gluing themselves to busy motorways earlier this year.

Artwork appears to have become a favorite target for such actions. This summer Italian activists glued themselves to Sandro Botticelli’s Primavera in Florence’s Uffizi gallery, while Just Stop Oil campaigners glued themselves to the frame of The Last Supper at the Royal Academy of Arts in London.