Europe is in desperate straits this winter. Hope for ending its energy crisis hinges on a weakened China 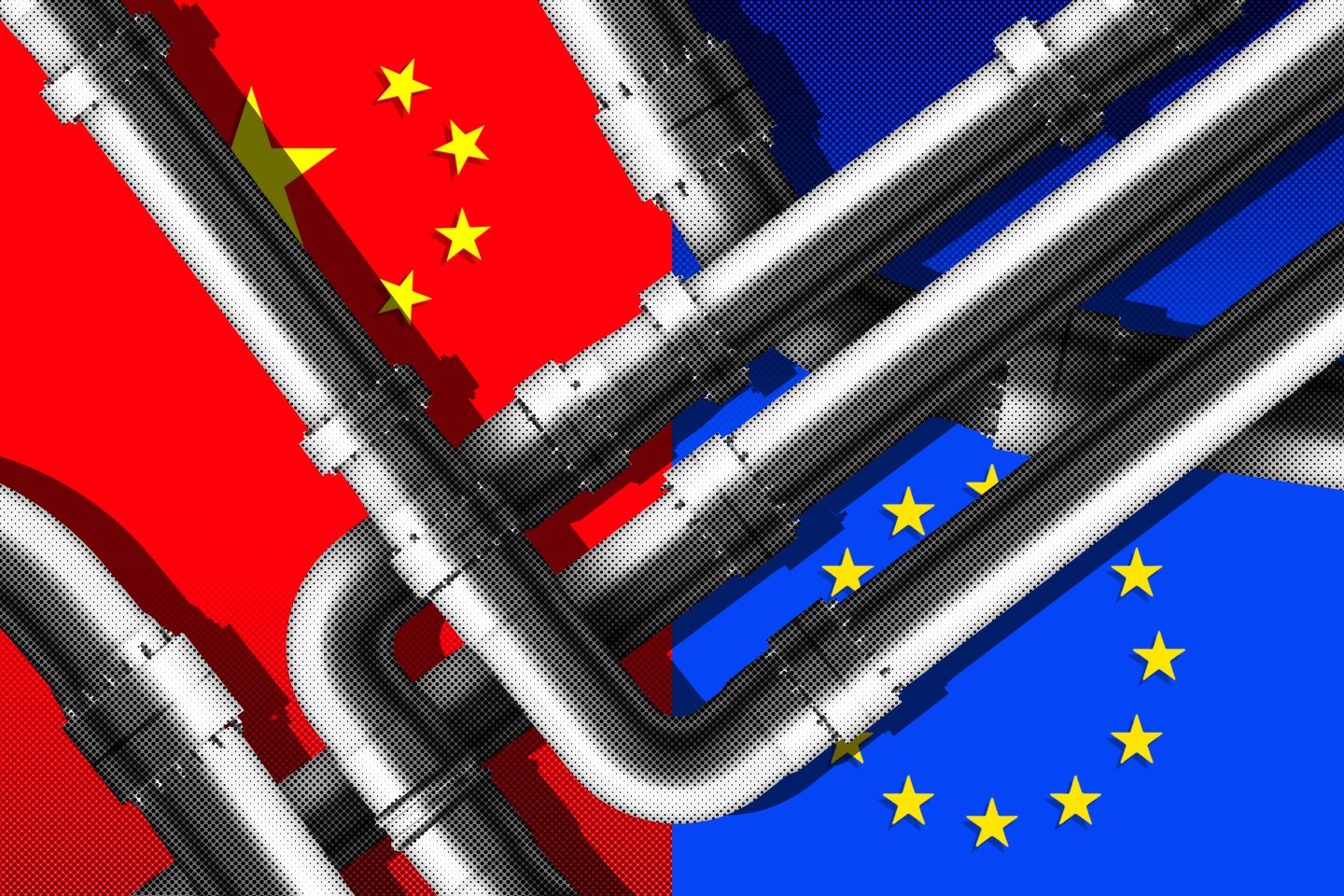 China’s COVID-19 lockdowns and ensuing economic slump have, inadvertently, been a lifeline for an entire continent thousands of miles away.

Ever since the Ukraine invasion eight months ago, Europe has been scrambling to replace Russian energy imports and grapple with soaring energy prices. Before the war, Russian natural gas accounted for 40% of Europe’s consumption.

But China’s struggles have eased some of the pressure. Shuttered factories and a souring economy mean that China doesn’t need as much natural gas as before and can therefore resell some of its excess liquefied natural gas, or LNG, to Europe.

“The zero-COVID policy of China has been possibly one of the best allies of Europe in this current energy crisis, because the Europeans had to basically rush to get LNG to replace the Russian volumes,” Simone Tagliapietra, a senior fellow focusing on energy and climate policy at Brussels-based think tank Bruegel, told Fortune.

But with its energy crisis likely to last longer than just one winter, Europe is starting to worry about what China does next. A harsh winter in China or an improved economy next year could cause its demand for energy to rise again, and leave Europe in the cold.

The stakes are huge for Europe, whose own economy and citizens are hanging in the balance over the energy shortage. Any small change in energy supplies, either more or less, could have a huge impact on prices, increasingly fractured domestic politics of individual countries, and on the continent’s future.

China’s natural gas consumption is already expected to increase 5% in 2023, according to the International Energy Agency. And while much of that depends on the direction of China’s economy and its zero-COVID policies, Europe is starting to plan ahead.

“Over the last few weeks, there has been a realization that, for Europe, the current winter might be okay,” Tagliapietra said, citing reduced energy demand on the continent owing to high prices and a forecasted warmer winter than usual.

But next year could be a different story for Europe if China’s industrial engine restarts. The repercussions would be “very significant,” Tagliapietra said.

“The scenario for next year for Europe is certainly going to be more complicated if the situation in China gets better,” he said.

In 2021, China overtook Japan to become the world’s largest importer of LNG, bringing in 79.5 million tons of it during the year, Ryhana Rasidi, a natural gas analyst at commodity analytics firm Kpler, told Fortune.

But this year, China’s LNG imports have slowed dramatically. During the summer, they tumbled 14% owing to COVID lockdowns and slower economic activity, the largest decline since China began importing LNG in 2006, according to energy consultancy Wood Mackenzie.

Chinese LNG imports are forecasted to fall to 65.6 million tons by the end of 2022, Rasidi said.

The drop in demand in China has opened the door for European nations to pounce on the leftover global LNG. European countries have signed big deals this year with suppliers including the U.S. and Qatar.

Europe has also been able to tap China for some of its excess imported LNG. Given how high spot-market prices for natural gas have been this year, Chinese energy companies were often able to resell their supply at a huge profit.

Between January and August of 2022, Chinese energy companies offered about 30% more LNG for resale on the global market than they bought over the same period, according to the IEA.

But anticipating economic growth and preparing for the winter heating season, the Chinese government has reportedly asked energy companies to stop reselling LNG overseas and to keep it for domestic use, Bloomberg reported this week, citing internal sources.

For this winter, any increase in China’s energy consumption—even a cold winter that sends demand soaring—is unlikely to hurt Europe much, given that the continent’s natural gas reserves are already at more than 90% capacity. That’s enough for several winter months.

Another potential silver lining for Europe is that, while the future of economic growth in China is uncertain, the chances of China President Xi Jinping lifting the country’s zero-COVID policy are extremely small, Erica Downs, a senior research scholar focusing on Chinese energy markets at Columbia University’s Center on Global Energy Policy, told Fortune.

“I see that as the key factor,” she said. “For energy demand to pick up, we’d have to see an easing of zero-COVID, and that’s not going to happen overnight; the government’s not going to do a U-turn.”

But with leaders recently emphasizing energy security, China’s energy appetite will likely be a larger and long-term competitive issue for Europe.

Europe will have to refill its energy reserves next summer yet again, but with China stopping its reselling of excess LNG, European countries would be under even more “pressure” than this year according to Kpler’s Rasidi, adding that a cold winter in China this year could push the country to buy more natural gas from the spot market, depleting global supply for next year.

China expects natural gas to play an increasing role in the coming years. Its share of overall energy use in the country is forecasted to grow from 8.7% in 2020 to 12% by 2030, before increasing “significantly” by 2035, energy official Zhu Xingshan announced last year as part of the government’s wider plan to phase out coal.

Part of this will involve expanding domestic natural gas production, Columbia’s Downs said. But it will also require China to keep growing its LNG imports as well as imports by pipeline in the next few years.

“Increasing production is part of the story, but they’re not going to be able to meet all their needs through domestic gas production. So that means importing,” she said.

In a recent presentation on the state of the European Union’s electricity market, the Agency for the Cooperation of Energy Regulators (ACER) informed EU ministers that “China’s COVID-driven demand decline in LNG volumes is currently being absorbed by Europe.”

“This raises questions as to when China’s LNG demand may turn back towards normal growth rates,” it continued.

For Europe, the looming reality is that as bad as this year’s energy crisis is, next year’s will likely be worse as Russian natural gas supplies dry up even more and increased competition for energy with China helps to keep global supplies constrained.

“There is a recognition that we are now entering a situation where the most difficult part of the task is next year,” Bruegel’s Tagliapietra said.

“China will be a key determinant for our energy security for the next 12 months, and that is something that I think before we didn’t really focus on at all,” he added.