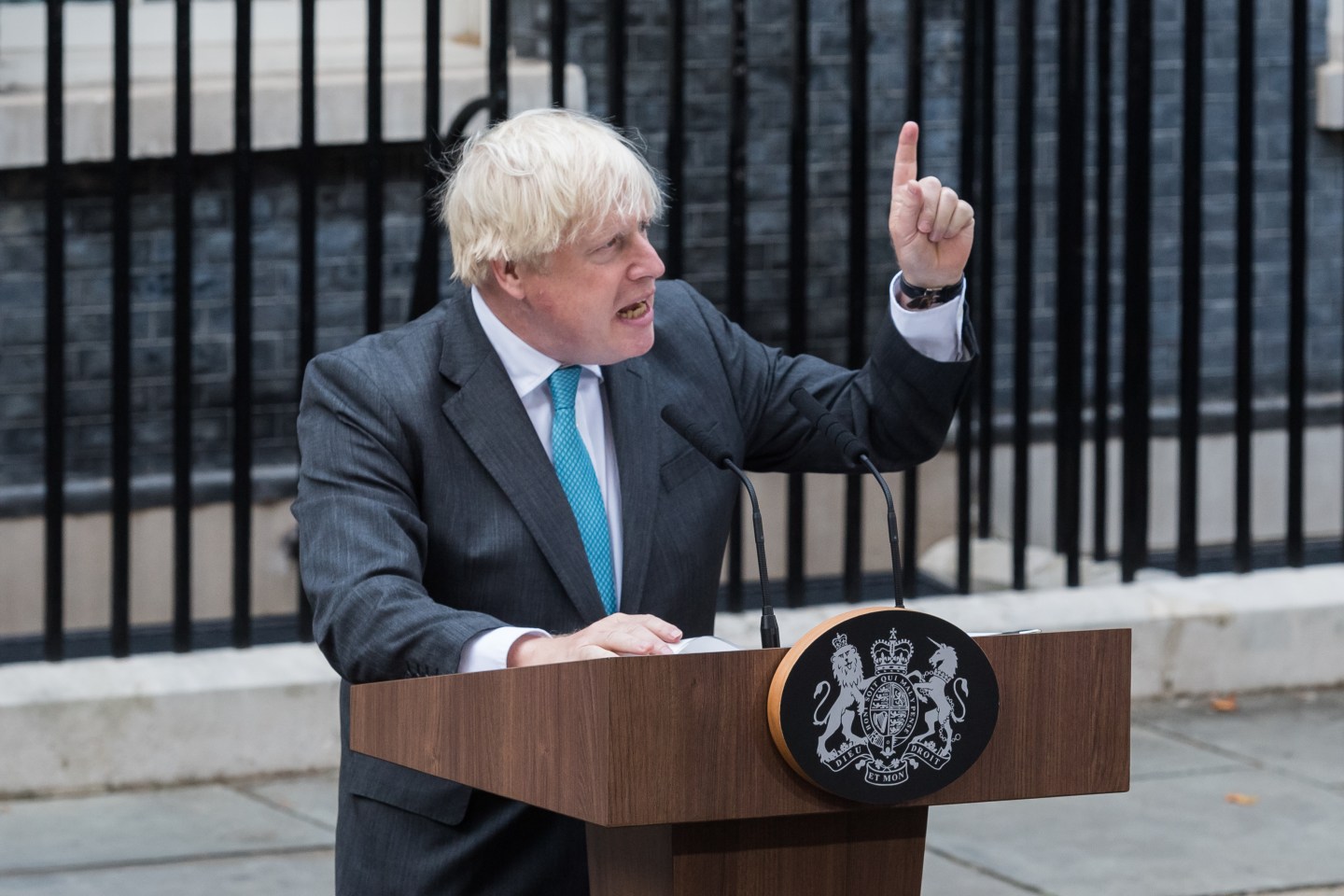 Boris Johnson, seen here during his Sept. 6 resignation speech, is a leading candidate to return to Downing Street after just over 50 days.
Wiktor Szymanowicz—Anadolu Agency/Getty Images

As the U.K. lurches from one crisis to another, destabilizing global financial markets in the process, security concerns are emerging over the legitimacy of a vote for its next prime minister.

Camilla Cavendish, a former head of policy under David Cameron’s final Conservative government, warned on Thursday that the party’s leadership contest next week can be easily influenced by outside actors.

“There’s a company called Tortoise Media, and it has signed up as Conservative Party members a tortoise, an American, and a Ukrainian, and they pay 25 pounds each,” she said on BBC’s flagship weekly political debate program, Question Time.

“That tortoise, that Ukrainian, and that American—who are fictitious by the way—are now eligible to vote in this election. What does that say about our democracy?”

A spokesman for the Conservative Campaign Headquarters (CCHQ) acknowledged that the attempt was made, but said on Friday they would not receive a vote thanks to “automatic red flags” used to weed out malicious actors.

He declined however to provide specifics.

When Boris Johnson agreed to step down following a litany of scandals, roughly 140,000 members of his Conservative Party chose from two candidates to replace him as leader.

The then foreign secretary, Liz Truss, beat out the chancellor of the exchequer, Rishi Sunak by a margin of 57% to 43%.

Truss on Thursday said she would resign after taking the country to the precipice of a financial collapse spawned by a radical libertarian budget that foresaw funding tax breaks for the rich with benefit cuts to the poor, a “reverse Robin Hood,” as well as heavy borrowing.

Her ousting did not come as a surprise: Bookies had bet the shelf life of a head of lettuce would outlive her premiership.

When Truss is replaced next Friday, her brief stint in office will have broken the record for the shortest term in office by any U.K. prime minister, which was set all the way back in 1837.

Concerns over next week’s leadership contest have heightened in part owing to the hasty nature of the contest which could make the voting procedure vulnerable to hackers.

The previous leadership race dragged on for weeks. This time Tory Party members will be asked to lodge their ballots virtually rather than on paper if more than one individual wins the support of over 100 Tory MPs.

The National Cyber Security Center, an arm of the country’s intelligence services, said it was closely following the process.

“As the U.K.’s national technical authority for cybersecurity, we continue to provide advice to the Conservative Party, including on security considerations for online leadership voting,” it said in a statement to Fortune on Friday, declining to comment further.