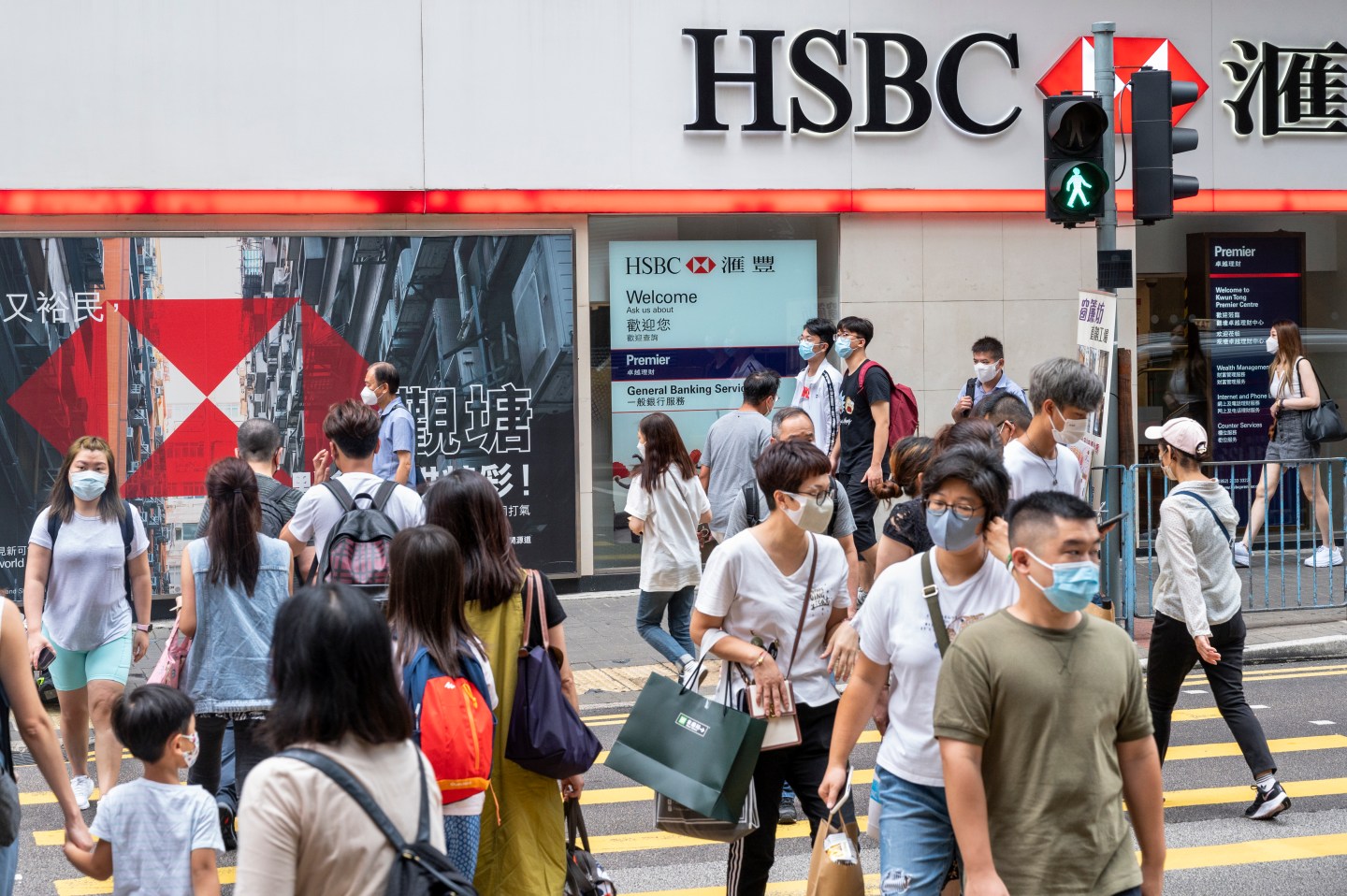 HSBC Holdings Plc has been reprimanded by a UK watchdog for violating environmental advertising rules, after it sought to depict itself as a green bank in a set of posters.

In the latest sign that regulators are growing increasingly intolerant of all manifestations of greenwashing, the Advertising Standards Authority said it has ordered HSBC to ensure the posters “not appear again in the form complained of,” according to a statement published Wednesday.

HSBC breached the so-called CAP Code, which relates to non-broadcast advertising and direct and promotional marketing, the ASA said. The bank was told to make sure that “future marketing communications featuring environmental claims were adequately qualified and didn’t omit material information about its contribution to carbon dioxide and greenhouse-gas emissions,” the watchdog said.

The knuckle rapping comes as research suggests firms are starting to shy away from promoting their green credentials, precisely because they fear the stigma associated with allegations of exaggerated green claims. The trend, known as “green hushing,” is spreading among companies, despite improvements in their climate commitments, according to a survey published this week by South Pole, a climate consultancy and carbon offsets developer.

HSBC’s advertisements drew complaints from environmental groups, which said they misled consumers. The two posters in question, which were used by HSBC ahead of last year’s COP26 climate summit, stated that the bank plans to “provide up to $1 trillion in financing and investment globally to help our clients transition to net zero,” and that it’s “helping to plant two million trees, which will lock in 1.25 million tons of carbon over their lifetime.”

The ASA said that, “despite the initiatives highlighted in the ads,” HSBC was “continuing to significantly finance investments in businesses and industries that emitted notable levels of carbon dioxide and other greenhouse gasses,” which consumers might not realize based on the information in the posters.

“We concluded that the ads omitted material information and were therefore misleading,” the ASA said.

A UK-based spokesperson for HSBC said that “the financial sector has a responsibility to communicate its role in the low-carbon transition to raise public awareness and engage its customers, so we will consider how best to do this as we deliver our ambitious net-zero commitments.”

HSBC has argued that its net-zero emissions plan is in line with guidelines set by the United Nation’s backed Principles for Responsible Investing, and that it’s aligned with the approach recommended by the Glasgow Financial Alliance for Net Zero. The bank also noted that International Energy Agency estimates show that there will still be a need for oil and gas in 2050, making a full withdrawal from financing unrealistic.

The ASA said it “acknowledged HSBC’s comments,” but also noted that the bank’s financed emissions are currently about 65.3 million tons of carbon dioxide per year for oil and gas alone. The figure is actually “likely to be much higher once other carbon-intensive industries such as power and utilities, construction, transport and coal mining had been analyzed and included.” HSBC also continues to fund thermal coal mining and power production, the ASA said.

“We didn’t consider consumers would know that was the case, and we therefore considered it was material information that was likely to affect consumers’ understanding of the ads’ overall message, and so should have been made clear in the ads,” the ASA said.