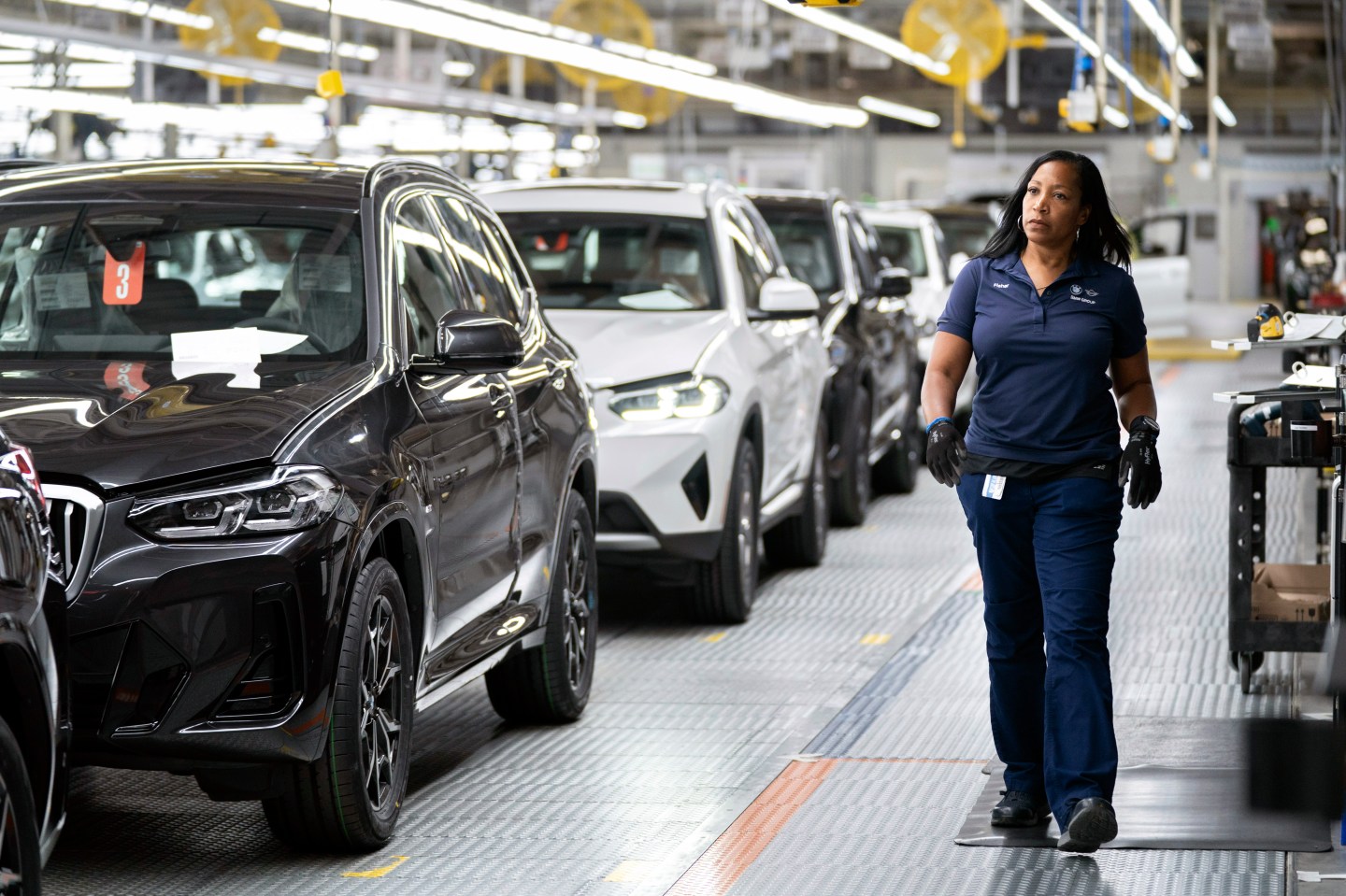 BMW will invest $1 billion in its sprawling factory near Spartanburg, South Carolina, to start building electric vehicles and an additional $700 million to build a electric-battery plant nearby.

The German automaker’s announcement Wednesday reflects its commitment to transitioning to electric-vehicle production in North America, in line with similarly ambitious plans by other major automakers.

The investment in the 7-million-square-foot vehicle factory in Greer, South Carolina, in the foothills of the Blue Ridge Mountains would add an unspecified number of jobs to the more than 11,000 workers there.

The battery plant, to be built in nearby Woodruff, will employ 300, the company said, with hiring to begin within a few years.

In addition, BMW said it has signed a deal with Envision AESC of Japan to supply battery cells for a new class of at least six electric SUVs that will be built at BMW’s plant in Greer by 2030.

Envision will build a factory at an unspecified site in South Carolina. The companies wouldn’t say how many people will be hired. But the number of jobs could be significant: Battery cell plants being built by other companies will employ between 1,100 and 2,200 workers.

Cells from the Envision factory will be shipped to the 1-million-square-foot plant in Woodruff, where they will be assembled into battery packs for the electric SUVs built at the larger plant. Assembling cells into packs takes far less labor than manufacturing the cells. BMW declined to say when the first new EV might be produced.

The company said the new cells will contain a battery chemistry that increases the amount of energy they can store.

Envision has a U.S. factory in Smyrna, Tennessee, near a Nissan assembly plant, and it is building a plant in Kentucky.

The BMW plant already builds lithium-ion battery modules for two plug-in gas-electric hybrid SUVs that are constructed at the site. The plant in Greer, which opened 30 years ago, now builds 11 SUV models. BMW says the plant has made it the largest automotive exporter in the U.S. based on vehicle value.

In addition, Ford, GM, Hyundai-Kia and VinFast have announced plans to build new electric vehicle assembly plants in the U.S., or to retool older plants to handle EVs.

A new U.S. law, the Inflation Reduction Act, gives them even more incentive to build batteries in North America. It includes manufacturing tax credits, and a tax credit of up to $7,500 that could be used to defray the cost of buying an electric vehicle. But to qualify for the full credit, the electric vehicle must contain a battery built in North America, with 40% of the metals mined or recycled on the continent.

Electric vehicle sales are expected to rise dramatically between now and 2030 in the U.S. and globally. But even at the start of the next decade, they will amount to just over one-third of U.S. new vehicle sales.