Van life is just ‘glorified homelessness,’ says a 33-year-old woman who tried the nomadic lifestyle and ended up broke 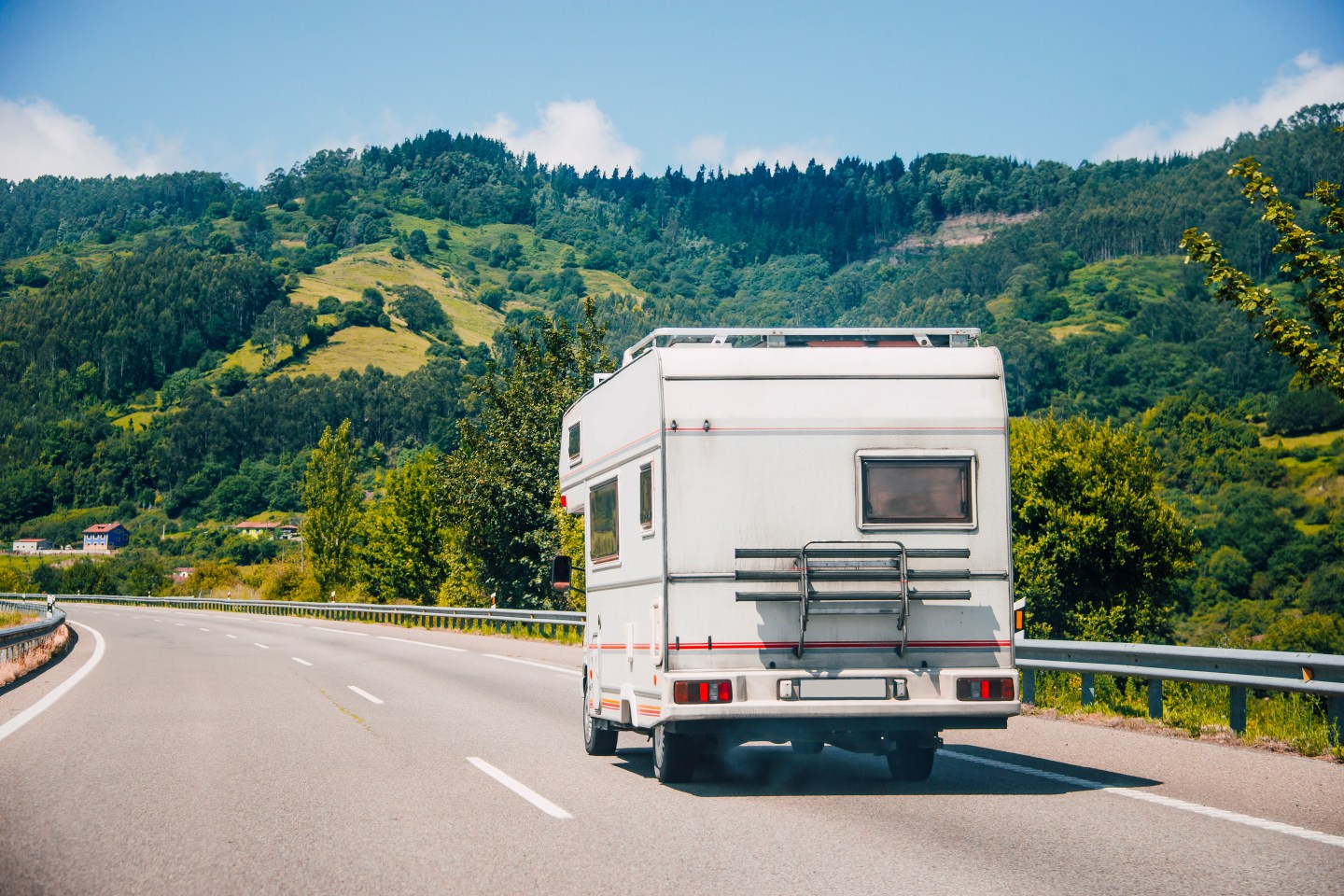 Natasha Scott tried out van life. To say it didn’t end up as she expected is an understatement.
Mario Gutiérrez—Getty Images

It was 3 a.m., and Natasha Scott was lying awake as the rain pounded on the roof of her van, listening to the murmurs of animals outside. The barrier between the world and her bedroom was paper thin.

Times like these made her feel like “the only person in the world,” she tells Fortune. Scott, 33 and based in Atlanta, pinpointed that night as the moment when she realized the glamorous van life advertised on social media was just “glorified homelessness.”

You don’t have to search far to see videos showing lifestyle content of families packing all their belongings into a van and hitting the road. Known as #vanlife across social media, the phrase has 13.9 million tags on Instagram and 10.7 billion views on TikTok. The alternative lifestyle became popular in the 2010s among millennials craving a nomadic adventure, and it accelerated during the pandemic as an option for remote workers and those seeking a more affordable alternative to buying or renting amid sky-high inflation.

Romanticized as a magical, simplistic way of life, it was enough to pull Scott in. A former pilot recruiter with a small business on the side, she often daydreamed about trying out the nomadic lifestyle after watching the #vanlife videos that littered her “for you” pages on YouTube and TikTok.

She finally took the plunge after receiving a notice last year that the rent on her one-bedroom apartment was increasing. She used her savings to buy a non-converted van (it wasn’t outfitted with carpeting and plumbing) for $5,000.

But Scott soon found that the reality of van life wasn’t all that sunny, and she began documenting how her idyllic lifestyle turned sour on the TikTok account @nomadgonewrong, renaming her account this month to @nomadgoneright. Gas was high, it was lonely on the road, and the van often needed repairs, she said. It all put her on edge.

“Van life is harder than what it seems like in videos,” Scott says. “It’s harder than I would have ever thought, honestly.”

Shortly after embarking on van life, Scott lost her pilot recruiter job during a round of layoffs, forcing her to rely on freelance work. An unstable income made living on the road that much harder.

Without a home base and with the prices of everyday goods rising as a result of inflation, Scott says she found herself spending more on gas and food as well as other expenses as she attempted to renovate the van to make it more habitable. She also had to pay for unexpected emergencies along the way, including a popped tire.

“If you do try to cut back on finances, you’re just eating junk,” Scott says, adding that #vanlife depictions don’t show the part where you’re living off food purchased from gas stations. She feels they tend to depict happy van lifers relaxing on their lawn chairs enjoying a grilled burger, but says no one talks about how hot it is or how you’re stuck inside the van if it’s raining. Nor do they show how van lifers shower or find bathrooms if they’re not in a converted van, she adds.

When the weather became too extreme or she didn’t feel safe at night, Scott began staying in Airbnbs. She realized that it would ultimately be too difficult to redo her van so it was livable, so she ended up selling it to buy another van that was easier to convert.

All the while, Scott was figuring it out alone, without a family support system to fall back on.

Scott’s reality isn’t all that different from others who have tried to emulate the #vanlife content. Content creators Gene and Shay of @geneandshay, who live in a converted van, shared the downsides of the lifestyle in a video: endless repairs, and the need to shell out for a hotel when it’s too hot to sleep in a van. As @bylandnjeep puts it bluntly, “Van life influencer culture is full of sh––.”

Scott says creators reached out to her saying they’ve endured similar experiences. At the same time, her videos have critics who argue Scott made the wrong choice in embarking on the lifestyle in the first place. But she thinks people are resistant to the idea of this #vanlife fantasy being broken. The same type of person goes viral on social media and they show same type of glamorous narratives, adds Scott. She was showing everyday life. “But that’s something you don’t post because you’re just supposed to keep that a secret,” Scott explains.

Papering over the cracks can lead to misconceptions online. Social media is a highly personalized advertising tool that can be used to make younger audiences feel like they need to buy objects or a lifestyle. About 64% of social media users reported regretting an impulse purchase they made when seeing an advertisement, according to Bankrate. It’s not surprising people like Scott would be even more disappointed when they’ve sunk their savings into a lifestyle that doesn’t live up to the hype.

When homeless people in Atlanta started asking Scott if she needed help, she began to question how she was being seen. “Outside of social media, no one saw it as van life—they saw it as homelessness,” she says.

Scott suggests that people do their research to prepare for van life instead of learning on their feet, and to trial it for three weeks because the “honeymoon stage” might be over by then.

Right now, she continues to post content that documents her experience, pushing back against the one-sided narrative she believes permeates TikTok. She’s given up van life, saying that she lost money from the whole venture in the end. She is currently living in a hostel, saving up for an apartment, looking to go back to school to major in a more stable field like UX design or tech, and trying to rebuild her life.