Sheep vs. Goats: Climate change is creating new rivalries in the American Rockies 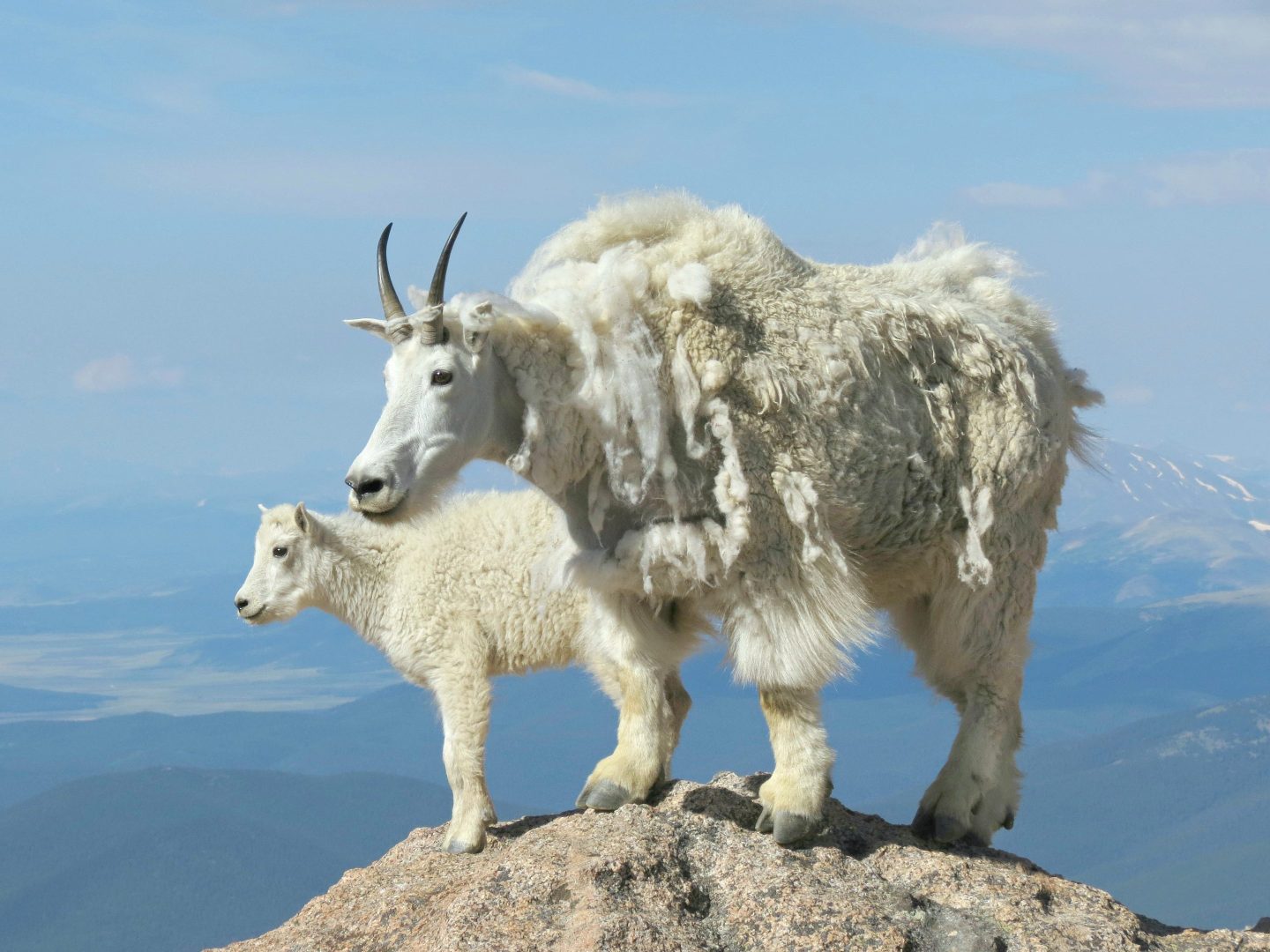 A female (nanny) Rocky Mountain Goat stands beside her baby (kid) high on a rock on the slopes of Mount Evans, in the Rocky Mountains of Colorado.
Sandra Leidholdt—Getty Images

Wild mountain goats are dominating the battle for survival against bighorn sheep as the two species compete over dwindling resources in North America’s Rocky Mountains.

Goats dominated in over 95% of interactions observed by scientists at the Wildlife Conservation Society, Colorado State University and the National Park Service. In a report published on Frontiers in Ecology and Evolution on Monday, the researchers point to climate change as one of the potential drivers of such rivalry.

“Whether we’re dealing with very arid or very cold conditions at high altitudes and lower deserts, we see similar patterns where climate change is likely to force more interactions,” said Joel Berger, the study’s lead author and a senior scientist at the Wildlife Conservation Society. “Some species will be less able to adapt to these changing conditions.”

Earth’s highest mountains are warming two to five times faster than the rest of the world, leading to receding glaciers and soil erosion. That, in turn, is leading to higher water flows, which are changing mineral concentrations in the soil. There is still little understanding of how these movements are affecting mammals living at high altitudes, partly because of the difficulties of collecting data in such remote locations.

The report authors set up three study sites: in Glacier National Park in Montana, at Mt. Evans in Colorado and at Caw Ridge in west-central Alberta in Canada. They were all in high-elevation areas along the Rocky Mountain range, where glaciers had recently receded and where mountain goats and bighorn sheep were competing for access to mineral licks essential to their diet.

“The study came about because of serendipity — we were looking for grizzly bears above tree lines and we kept seeing these white animals, goats and sheep, on these bare patches,” Berger said. “We started watching and many times the bighorns were displaced, or chased off, or not allowed to have access.”

Similar studies with other animals, such as elephants in the Namib Desert or black rhinos the Kalahari, have shown that larger species tend to win such encounters. However, mountain goats and bighorn sheep are roughly the same size.

Out of 106 interactions recorded in the three sites, 73% of the time, goats took the initiative — and the minerals —  peacefully, while sheep walked or skipped away. Less than 5% of the time, rapid approaches or horn threats — mostly from male goats — resulted in sheep fleeing.

Lack of data means there’s no way to know if these clashes are increasing in frequency, the paper said. If they are, it could be another unforeseen consequence of climate change on biodiversity, authors said.