Biden on the strong dollar: It’s not our fault, the rest of the world has bad economic policy 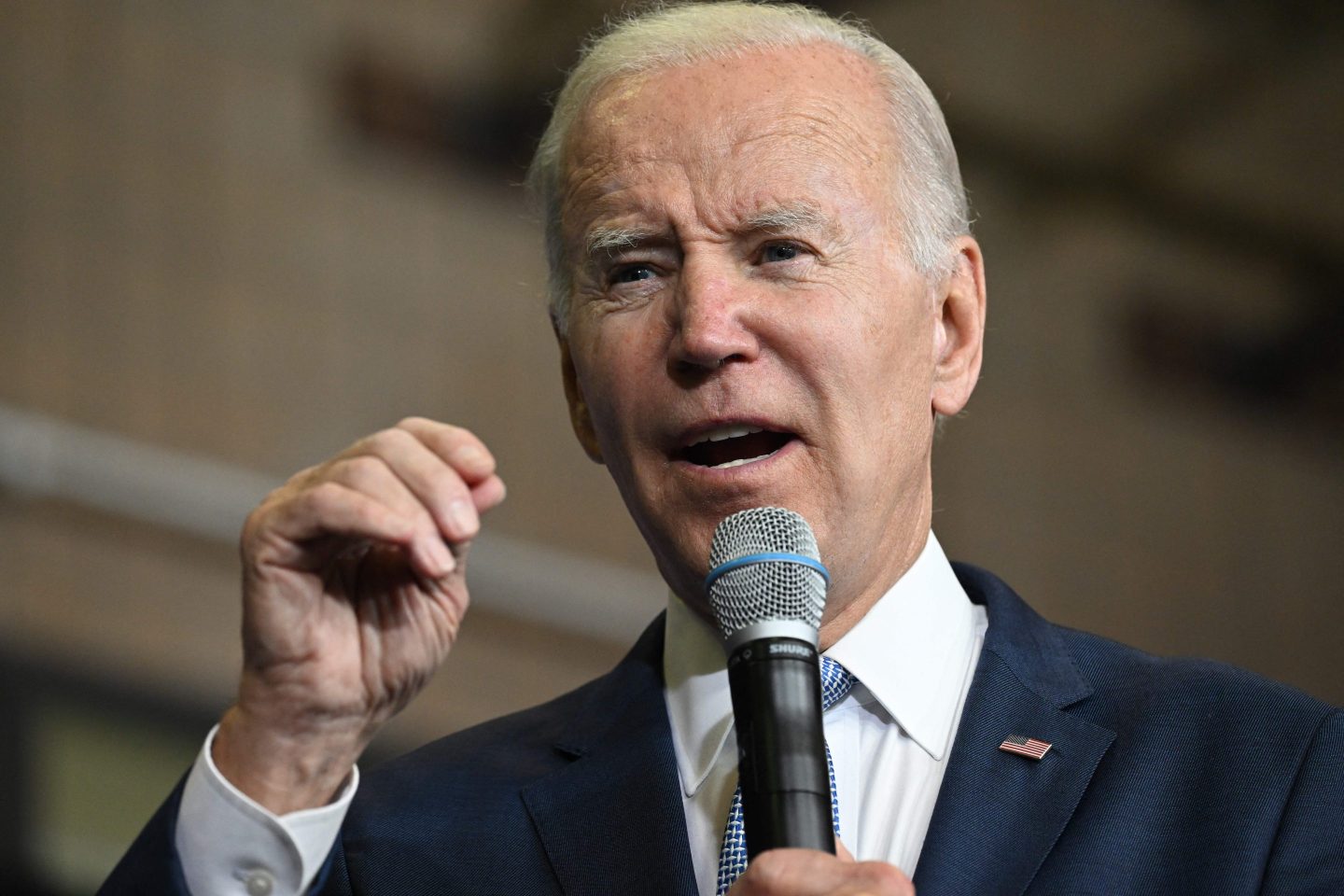 President Joe Biden on Saturday in Oregon, where he said, "Our economy is strong as hell."
SAUL LOEB—AFP via Getty Images

President Joe Biden dismissed the risks of a strong US dollar and instead blamed anemic growth and policy missteps in other parts of the world for dragging down the global economy.

Biden’s comments stand in contrast with top leaders from other countries, who have increasingly voiced concerns about how the rising greenback is fueling inflation in their own economies. The dollar has climbed roughly 15% this year as the Federal Reserve embarked on an aggressive campaign to raise interest rates to tamp US price increases.

The impact of the rising dollar was a key topic among delegates at the International Monetary Fund and World Bank, which concluded their fall meetings Saturday in Washington. Fed officials heard a constant barrage of concerns from other nations about how the surge in the greenback has raised the cost of their imports and increased inflation, setting off their own cycles of tightening.

But with the Fed on track to continue lifting borrowing costs through the end of the year, Biden sought to deflect blame for the slowing global economy. On Saturday, he criticized UK Prime Minister Liz Truss’s tax-cutting plans for causing turmoil in markets, calling it a “mistake.”

“It’s predictable. I mean, I wasn’t the only one that thought it was a mistake,” Biden said in Portland. “I think that the idea of cutting taxes on the super wealthy at a time when — anyway, I just think — I disagreed with the policy,” he added.

Truss’s policies, including a controversial tax cut for the wealthy that she’s since reversed, sparked a plunge in the pound and forced the Bank of England to step in to support gilts. The turmoil spilled over into global markets, as traders wary of further volatility sought refuge in havens, further boosting the dollar.

But beyond the UK, the strong dollar continues to weigh on the global economy, particularly poorer nations that rely on food imports. The destructive combination of the soaring greenback, high interest rates, and elevated commodity prices is eroding their power to pay for goods typically priced in the dollar and compounding a worsening global food crisis, among others.

Biden’s remarks stand in contrast with his predecessor. During his administration, Donald Trump took swipes at the Fed, saying he doesn’t want a strong dollar that hinders trade with other nations. Before that, previous US presidents in recent decades have generally refrained from commenting about the currency.

In response to the growing global complaints about the US currency, Treasury Secretary Janet Yellen told an international audience during the meetings in Washington this week that fighting inflation is the administration’s top priority, even while acknowledging “spillovers from tightening monetary policy in advanced countries.”

She reiterated that “market-determined exchange rates are the best regime for the dollar.”

Biden’s latest messaging contrasted with his comment in a CNN interview on Tuesday that allowed for the possibility of a US recession, though he said: “If it is, it’ll be a very slight recession.”

On Saturday, he reiterated the administration’s insistence that inflation “is worldwide.”

“The problem is the lack of economic growth and sound policy in other countries,” Biden said.

— With assistance by Saleha Mohsin