Why the Wing, a once buzzy women’s coworking startup, shut down 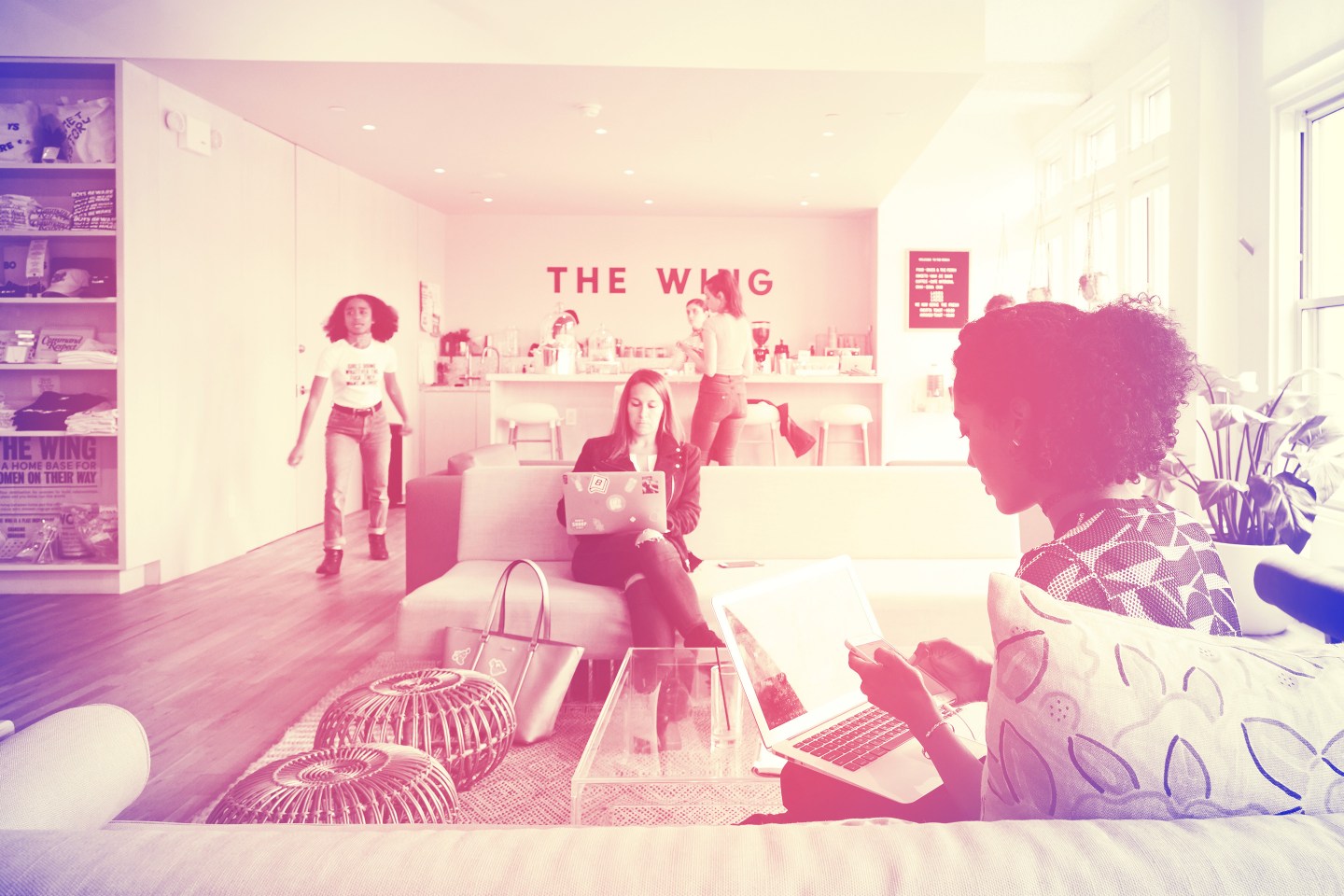 One of the Wing’s coworking spaces, in the Flatiron district of Manhattan.
Robyn Twomey—Redux

Good morning, Broadsheet readers! COO Vanessa Pappas explains TikTok’s popularity; the Muse makes an acquisition; and a new story charts the rise and fall of the Wing. Have a relaxing weekend.

How it happened. A mere 18 months after the Wing embarked on an ambitious relaunch, the once popular women’s coworking company shuttered its doors for good.

In a recent feature for Fortune, I spoke to former employees, members, and investors to chart the meteoric rise and tumultuous fall of the Wing, which its founders once billed as a “women’s utopia.”

Cofounded by Audrey Gelman and Lauren Kassan in 2016, the Wing blossomed from its original idea as a pit stop for on-the-go women to a full-fledged coworking startup with a mission to empower women through community. By late 2018, it had raised a whopping $117 million from investors like NEA, Kleiner Perkins, SoulCycle’s cofounders, and WeWork. The company was valued at about $365 million that same year.

The Wing brought in visits from household names like Hillary Clinton, Alexandria Ocasio-Cortez, and Jennifer Lopez. At its peak, the coworking company had 11 locations globally, 12,000 members, and a 35,000-person wait list.

But tensions were bubbling under the surface. One former executive told me there “wasn’t a lot of transparency around what the strategy was at all,” and an early investor said Gelman, the company’s CEO, seemed reluctant to ask for help. A 2019 lawsuit forced the Wing to drop its ban on membership for men, who were previously only allowed to visit as guests. That same year, criticism emerged over its handling of an incident in Los Angeles, where a white guest harassed a Black member and her guest.

Soon after, hourly employees, most of whom were Black or brown women, went public with reports of mistreatment that contradicted the Wing’s uplifting, empowerment brand.

Gelman resigned as CEO in June 2020, kicking off a round of CEO musical chairs.

In February 2021, flexible-office-space pioneer IWG bought a majority stake in the startup. Under new ownership, the Wing staged an ambitious reopening of six locations in 2021 that lasted just months. Problems with members returned as well. While 80% of members were pleasant, former employees told me, the remaining 20% either “treated you like you were the help” or “said things that were not appropriate.”

In August, the Wing permanently closed its doors. The company couldn’t shake off past scandals and suffered from a combination of poor business management and a troubled, post-pandemic coworking industry. As one former member told me when describing its often vacant San Francisco space: “I was thinking, ‘How is this going to stay around?’”

You can read my full feature about the Wing’s demise here.

Mining deep. Sen. Elizabeth Warren is cracking down on energy consumption by crypto miners in Texas. The senator wants to know whether crypto mining contributed to the state’s power grid failures during last year’s extreme winter storm. The Verge

Sing for change. The next Grammy Awards will include an award for a song for social change. More than 80% of the submissions received so far are for Shervin Hajipour’s “Baraye,” a protest anthem about 22-year-old Mahsa Amini, whose death in police custody sparked widespread protests in Iran. Hajipour was arrested after the song went viral. Variety

Not optimistic. Now in the ninth month of Russian detention, Brittney Griner is “not convinced” the U.S. will succeed in getting her home. The basketball star is afraid she will have to serve the entirety of her nine-year sentence in Russia, her lawyer says. New York Times

Clocking in. At the Fortune Most Powerful Women Summit this week, TikTok COO Vanessa Pappas answered questions about keeping U.S. user data out of the hands of the Chinese government and the effects of screen time on young children. The former YouTube executive called TikTok the “last sunny spot on the internet.” Fortune

A true maverick. Dallas Mavericks CEO Cynt Marshall was brought in to overhaul the NBA team’s culture after a 2018 report uncovered rampant sexual harassment within the franchise. Initially skeptical about taking the job, she says she ultimately decided to do so “for the sisterhood.” Fortune

Chipping away. Advanced Micro Devices CEO Lisa Su says that overseeing the chipmaker is like “running a different company every two years.” Since taking over in 2014, the company has gone from a market cap of $2 billion to $93 billion. Fortune

Midterm predictions. Rep. Katie Porter says she’s not sure whether the reversal of Roe v. Wade will lead to wins for Democrats in the November midterm elections. Some voters may believe abortion restrictions won’t reach their state—even though a Republican Congress is likely to pass a national abortion ban. Fortune

I wanted revenge. What I got was better Vogue

Ciara’s lasting career is a testament to her community Allure

“There wasn’t an aha moment. There were thousands of them.”