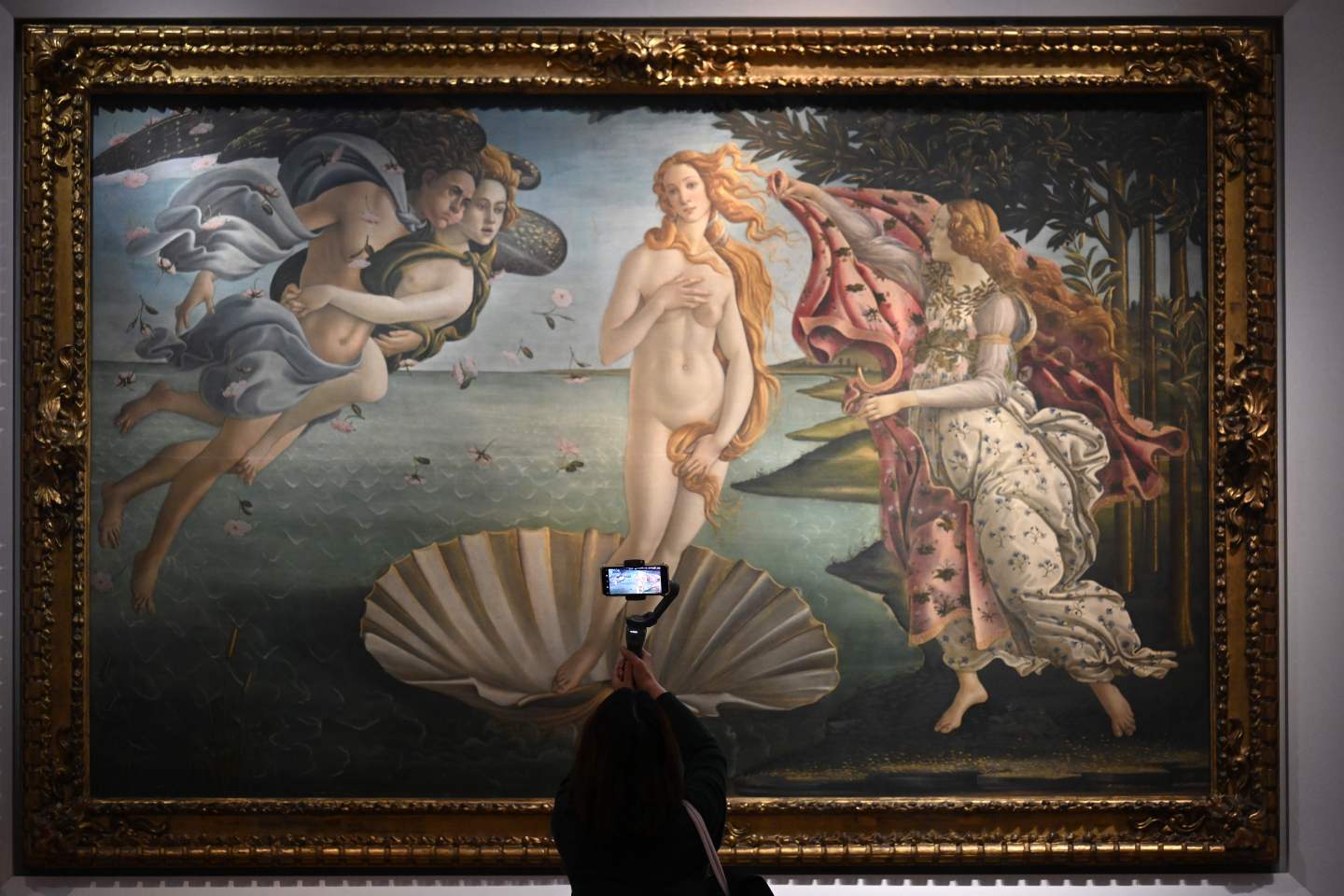 Jean Paul Gaultier is being sued for using unauthorized images of Sandro Botticelli’s “The Birth of Venus” in a clothing collection.
Vincenzo Pinto—AFP/Getty Images

When Renaissance painter Sandro Botticelli started work on his masterpiece The Birth of Venus, he probably never imagined it would wind up at the center of a lawsuit over a tank top more than half a millennia later.

However, allegations of unauthorized use of the painting by a world-famous fashion designer have led one of Italy’s biggest museums to sue for damages.

The Uffizi Galleries in Florence, Italy—home to thousands of artworks by Renaissance artists including Leonardo da Vinci and Michelangelo—said this week that they were taking legal action against French fashion house Jean Paul Gaultier over unauthorized use of a 500-year-old painting by Botticelli.

Images of The Birth of Venus were printed on clothing in Jean Paul Gaultier’s “Le Musée” collection, which was launched in the spring of this year.

The painting, thought to have been completed in the 15th century, is currently on display at the Uffizi.

Under Italian law, anyone wanting to use images that are publicly owned must seek authorization and pay a fee. The Uffizi Galleries alleged that Jean Paul Gaultier did neither.

“Jean Paul Gaultier has boutiques in Italy and also sells his products through Italian web channels,” Uffizi director Eike Schmidt told Fortune in an emailed statement. “So, like everyone else, he is required to respect our laws on image rights.”

Schmidt and the gallery refused to disclose how much was being sought from Jean Paul Gaultier, but the Guardian reported on Monday that damages could “go beyond” 100,000 euros ($97,061).

The Uffizi said its legal team sent the fashion house a formal notice in April, in which it ordered the company to either withdraw the items featuring the Venus images from the market or contact the museum to draw up a commercial agreement.

However, according to the Uffizi, the letter was “essentially ignored,” prompting the museum to seek damages.

This isn’t the first time the gallery has taken legal action to defend its paintings from being used improperly.

Back in 2017, when a Florence court ordered a tour company to stop using images of Michelangelo’s David to promote its excursions, Schmidt reportedly said the ruling would help the Uffizi with “the preparation of the various legal actions that we intend to take against the many touting companies that infest us.”