‘Our prosperity was based on China and Russia’: EU foreign policy chief says the old world is gone and security is no longer a guarantee 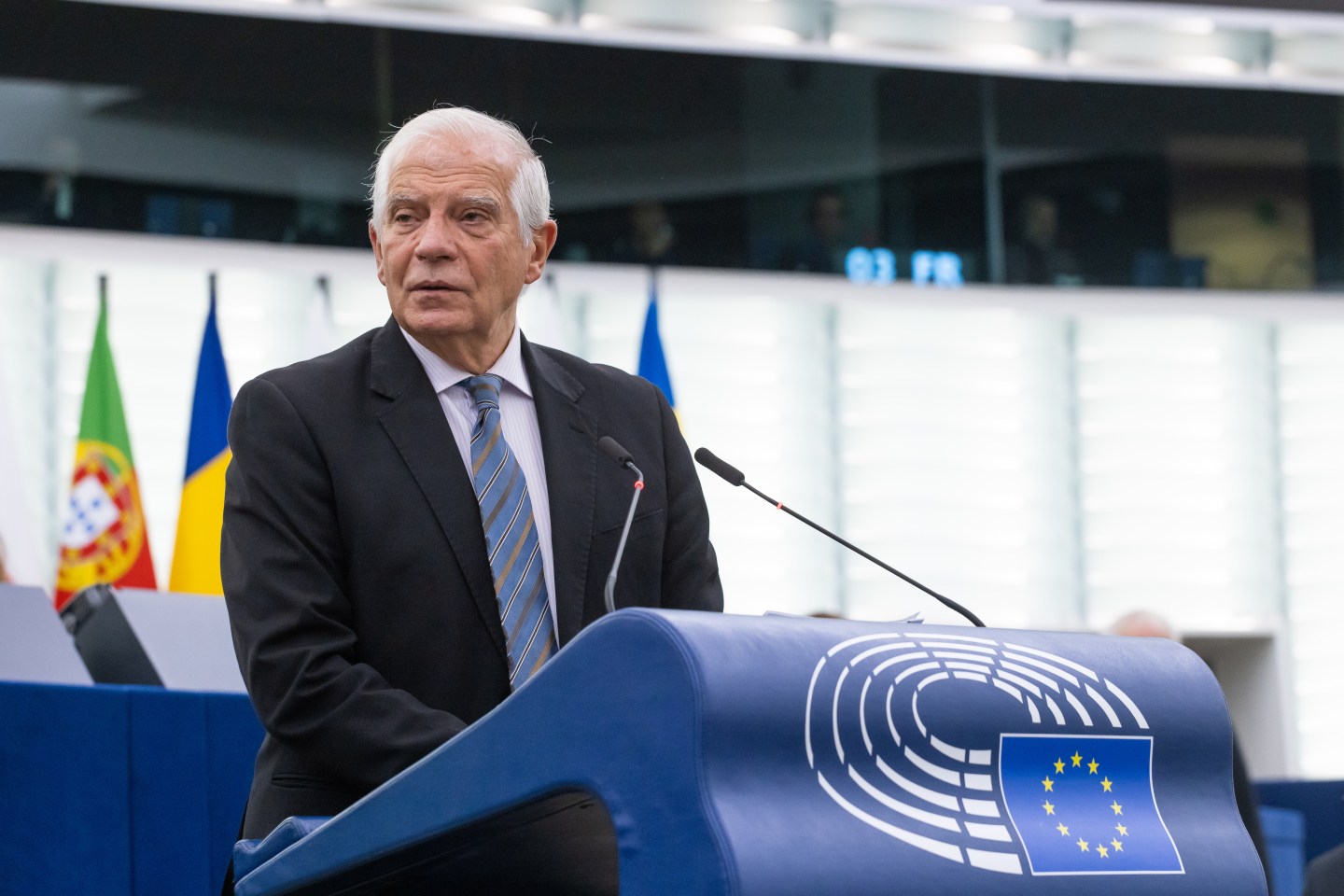 Europe is becoming increasingly isolated from long-standing partners, and officials are now becoming painfully aware that the continent’s economic security and political unity are at stake.

The Russian invasion of Ukraine in February created a drastic shift in Europe’s foreign affairs. The war solidified relations between the European Union and the U.S., while relations between the West and Russia broke down. And while Chinese President Xi Jinping has reportedly voiced “concerns” over the war to Vladimir Putin, China has also stayed close to Russia throughout the war where economic interests are involved. The country’s strict COVID-19 containment protocols have also limited economic cooperation with Europe for nearly three years now.

In short, the war has exposed how dependent Europe’s prosperity has become on foreign actors: everything from Russian energy to unencumbered access to China’s large market. And senior officials say Europe needs to chart a new path forward to secure its own future.

“I think that we Europeans are facing a situation in which we suffer the consequences of a process that has been lasting for years in which we have decoupled the sources of our prosperity from the sources of our security,” Josep Borrell, the European Union’s foreign policy chief, said on Monday at a conference of EU ambassadors.

With China and Russia relations breaking down, Europe has been able to turn to the U.S. in its time of need, but Borrell cautioned that even this historical alliance is at risk in today’s world.

“You—the United States—take care of our security. You—China and Russia—provided the basis of our prosperity. This is a world that is no longer there,” he said.

The war, and the pandemic before that, exposed how reliant Europe really was on China and Russia for its economic security.

Prior to the war, Russia had been Europe’s leading supplier of coal, gas, and oil products, a dependence Borrell admits in retrospect was shortsighted.

“Our prosperity has been based on cheap energy coming from Russia. Russian gas—cheap and supposedly affordable, secure, and stable. It has been proved not [to be] the case,” he said on Monday.

Since the war broke out, Russian state-owned energy companies have severely limited gas flows to Europe, while European nations are preparing for a partial ban on Russian oil imports coming up in December. But the consequences of these changes, at least in the short term, have been rapidly rising fuel prices and a mounting energy supply crisis across the continent.

Borrell said that the current crisis has helped Europe refocus on domestic energy production, but the transition away from Russian energy will not be easy and will require a “strong restructuring of our economy.”

And where China is concerned, the country’s isolation from the world throughout the COVID-19 pandemic has jeopardized Europe’s relationship with its biggest economic partner. Europe is the world’s largest exporter of manufactured goods and services, and in 2020, China surpassed the U.S. as the EU’s biggest trading partner.

Borrell lamented the loss of Europe’s “access to the big China market” in recent years. In 2020, European investment into China fell by 11.8% and has barely recovered, as travel restrictions and the threat of lockdowns have made doing business in the country more difficult for foreigners. Last month, the European Chamber of Commerce warned that China’s “inflexible and inconsistently implemented” COVID-19 policies had severely eroded European business confidence in the country.

“The access to China is becoming more and more difficult. The adjustment will be tough, and this will create political problems,” Borrell said.

Borrell also discussed how right-wing political parties appear to be rising in power in Europe.

The far-right Brothers of Italy political party made strides when its candidate Giorgia Meloni was elected to be the country’s next prime minister in September, running on a platform that emphasized rising energy prices and cost of living.

“The radical right is increasing their grasp in European politics,” Borrell said. “So, we have a difficult cocktail—internal and external—and the old recipes do not work anymore. We have mounting security challenges, and our internal cohesion is under threat.”

Europe has been able to turn to the U.S. in its time of need, with its historical ally massively increasing shipments of liquefied natural gas to the continent and continuing to support Ukraine with armaments and financial assistance as the war rages on. But Borrell warned that even Europe’s historically stable relationship with the U.S. should not be taken for granted.

While Europe now enjoys a “fantastic relationship” with the U.S., Borrell expressed concern that the current status quo of U.S. support for Europe could change with the next presidential election in 2024, or even after next month’s midterm elections.

“Who knows what will happen two years from now, or even in November? What would have happened if, instead of Biden, it would have been Trump or someone like him in the White House?” Borrell said.

While the political winds might shift in the U.S., public support in the country seems to still be on Europe’s side. A survey from June found that nearly two-thirds of Americans supported expanding U.S. natural gas production and continuing to send liquefied natural gas to Europe as the continent weans itself off Russian supplies. And another survey from last week found that three-quarters of Americans say the U.S. should continue supporting Ukraine.

But regardless, Borrell pointed out that Europe has “delegated” its security to the U.S., and the continent will need to focus on regaining some of that power if it wants to survive in the current world configuration.

“These are some questions that we have to ask ourselves. And the answer for me is clear: we need to shoulder more responsibilities ourselves. We have to take a bigger part of our responsibility in securing security,” he said.