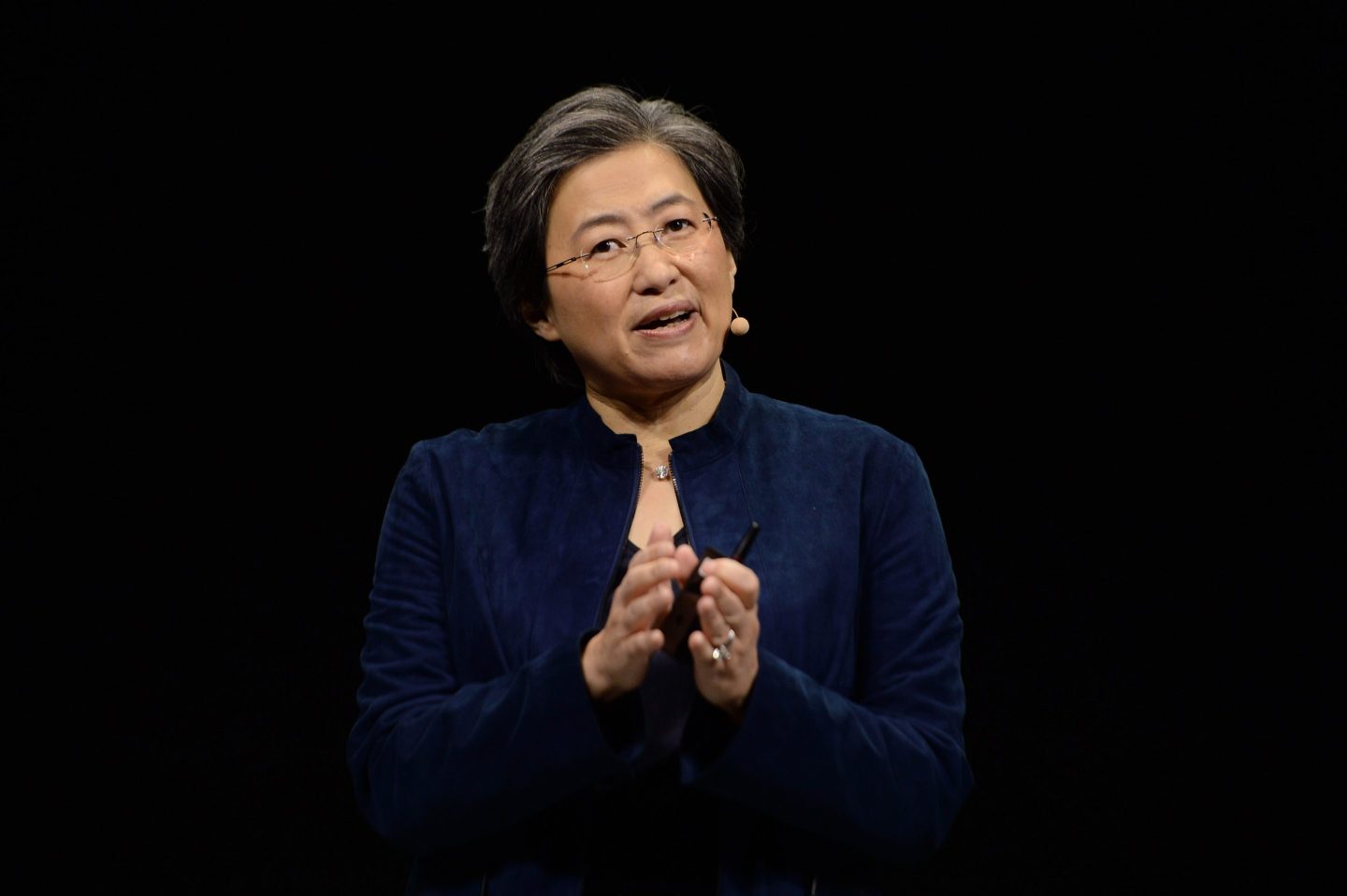 At the Fortune Most Powerful Women summit yesterday, I interviewed AMD CEO Lisa Su, who has led an extraordinary turnaround at the semiconductor company, but now finds herself on a roller coaster. When she took over the company in 2014, it had a market capitalization of around $2 billion. By the end of last year, with semiconductors in short supply, that had soared to $173 billion. Today, with chip demand plummeting, it’s down to $93 billion. In the meantime, semiconductors have become a geopolitical weapon, with Congress approving more than $50 billion to subsidize semiconductor factories in the U.S., and President Joe Biden last week imposing export controls on chips sold in China. China accounts for 25% of AMD’s business.

Su, an electrical engineer by training, takes it all in stride. Her view:

“Over the long term, everybody needs more technology. No matter what you are doing, whether it’s for your business or in your personal life, or whether it’s to solve the next health care crisis or to solve climate change, you need more technology. And that’s what we do. So from that standpoint, I feel wonderful about the long term…There are always things that we have to navigate, and it think that’s part of life as a CEO these days that’s a little bit different. You wake up on any given day and wonder, ‘Okay, what am I going to do today?’ But that’s all right.”

“Certainly for the very, very most advanced things that we do, there are national security interests, and we totally get that. It’s also important to understand that China is a big market, and we believe that it will continue to be a big market going forward. And so that just needs to be navigated.”

When I asked whether export controls would hurt AMD’s business, she responded:

“In the short term, probably not a lot.”

AMD manufactures most of its chips in Taiwan, which also happens to be where Su was born. I noted many corporate boards are war gaming what to do if China invades Taiwan, and asked how that would affect AMD.

“It’s not just about China and Taiwan, it’s also about what we’ve all experienced, which is disruptions in supply chains that weren’t really expected over the last few years. So as you wargame this, it’s always about having multiple sources, having diversity. That’s one of the reasons that the CHIPS and Science Act is such a good thing for the United States, because it reinvigorates manufacturing in the United States and research and development in the United States.”

Other excerpts from the MPW summit:

“A decade ago, our cloud business was a billion dollars. At the beginning of the pandemic, it was a $12 billion business. Today it’s $26 billion.”
—Julie Sweet, CEO, Accenture

“For Kohl’s, we’ve already started feeling [a recession]. We operate in the more discretionary categories, as opposed to food and gas, where a lot of budgets are being constrained.”
—Michelle Gass, CEO, Kohl’s

“Democracy is on the ballot this fall. The election deniers are really stealing everyone else’s vote. They are saying they will only honor the results of elections if they agree with them…They ignore the facts, ignore the law, ignore the courts. Protecting against that needs to be above any partisan concern.”
—Rep. Liz Cheney (R–Wyo.)

More from the conference here. Other news below.

Hours after Bank of England Governor Andrew Bailey yesterday warned pension funds the central bank would end its emergency bond-buying program on Friday, the BoE reportedly told bankers it may extend the scheme. Then, this morning, a BoE spokesperson said the program would still end Friday. If the program ends before those pension funds shore up their cash reserves to deal with plummeting bond prices, the funds could very rapidly keel over. Some bankers say Bailey’s warning was “not helpful” as it created “a much bigger cliff edge.” Hold onto your hats. Financial Times

Bailey’s warning helped push the Nasdaq Composite into its second bear market of the year—after all, those U.K. pension funds may need to sell a bunch of assets to protect themselves. It also knocked the S&P 500, which was already in a bear market, as is the Dow. Wall Street Journal

You know that idea of deflecting an incoming asteroid by whacking it with a small spacecraft? It works! NASA yesterday reported that, when its $330 million DART spacecraft was crashed into an asteroid called Dimorphos last month, it changed the celestial body’s orbit. NASA chief Bill Nelson: “This is a watershed moment for planetary defense and a watershed moment for humanity…It felt like a movie plot, but this was not Hollywood.” (Top tip: Google “dart asteroid” and see what happens.) Reuters

Elon Musk denies report he spoke with Vladimir Putin before tweeting about ‘peace’ between Russia and Ukraine, by Bloomberg

A 40-year-old IT entrepreneur solved his midlife crisis by launching a space junk startup that pioneered a $14.3 billion industry, by Ian Mount

How four female founders are building big things in the home space, by Lambeth Hochwald