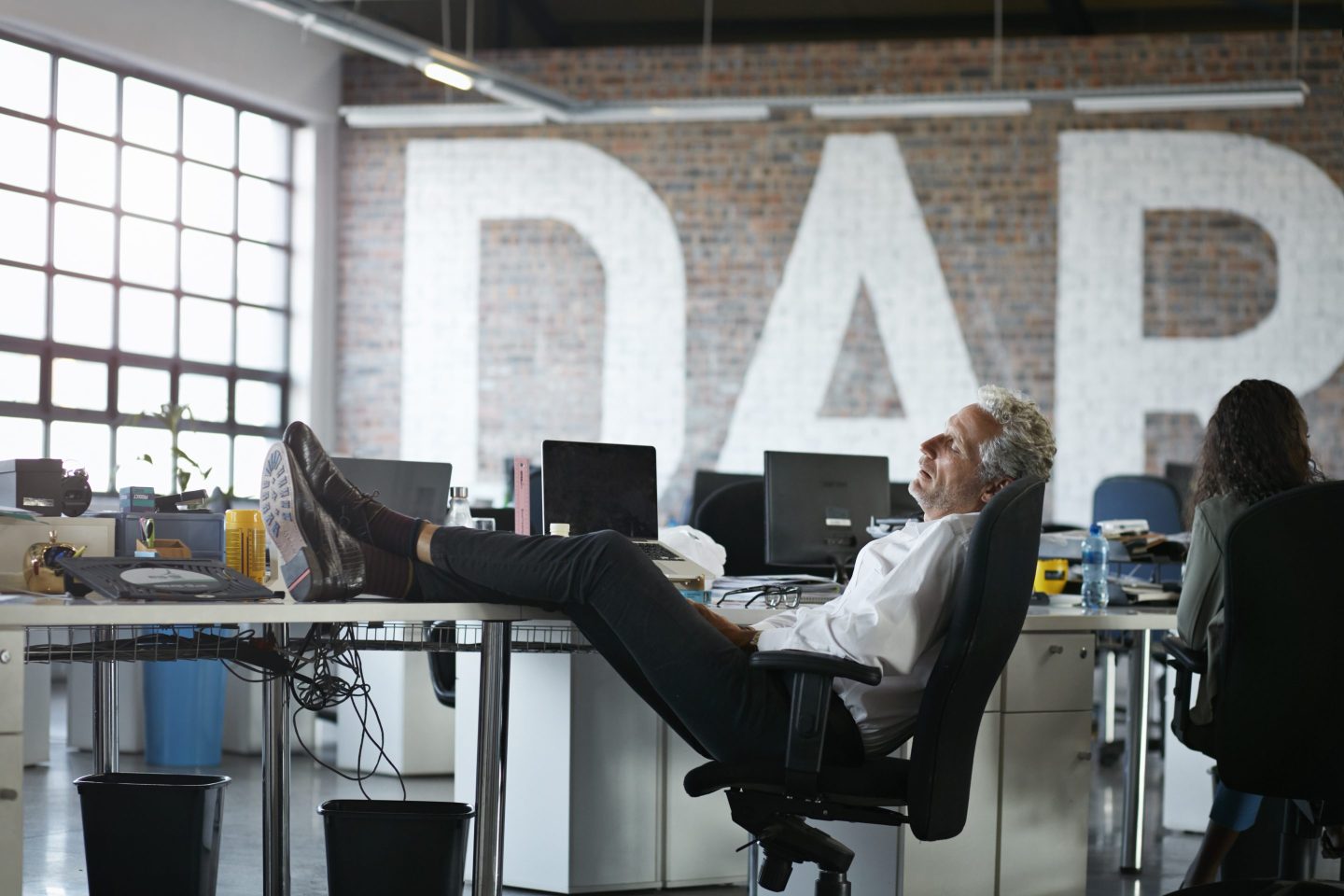 For the better part of two months, I procrastinated writing this story.

The idea to dive into procrastination habits actually came to me while I was delaying work for another article. Instead of exploring our relationship to “things,” I was watching Bryce Dallas Howard’s Open Door video with Architectural Digest (she and her husband have decorated with more pastels than I could get behind, but I dig the powder room).

Unfortunately, being deep in a YouTube hole of AD tours and early-aughts music videos is pretty typical for me at 3:30 p.m. on a Thursday. Somewhere, my work was waiting for me and I was unknowingly drowning.

There’s a saying: Everyone procrastinates, but not everyone is a procrastinator. So I knew it wasn’t just me. Roughly 20% of U.S. adults are considered chronic procrastinators, according to research from Joseph Ferrari, a professor of psychology at DePaul University in Chicago. That’s higher than depression, phobia, panic attacks, and alcoholism, he told the Washington Post.

According to a 2007 study from University of Calgary psychologist Piers Steel, 80% to 95% of college students procrastinate. Graduate students were only slightly better than undergrads at fighting it off. While the bubble of higher education is in some respects a different world, that seems to be a pretty good representation of the prevalence of procrastination.

While I don’t consider myself a chronic procrastinator, I find myself falling into the same patterns when procrastination rears its ugly, though sometimes welcome, head. So, too, do many Fortune readers, who seem to trend down the same procrastination paths: doomscrolling; mindlessly wandering through Reddit, YouTube, or TikTok.

Julie, 30, who works fully remote from Brooklyn, is often diving deep into a K-pop music video hole on YouTube since getting “sucked in” to the music during the pandemic.

“I find myself almost subconsciously typing ‘YouTube’ into Chrome and going on a music-video-watching spree, or even worse, getting into a behind-the-scenes or vlog-style video from one of the K-pop groups I follow, which require paying attention to subtitles, so any hope of multitasking is absolutely shot,” she wrote in response to a Fortune survey about procrastination.

At least six of the nearly 40 respondents to the survey said they do chores around their home like laundry, cooking, and cleaning—a slightly more productive method of procrastinating than I tend to gravitate to.

“If working remotely, I’ll do household chores, water the garden, tidy the lounge, etc,” says 34-year-old Ryan from Johannesburg, South Africa. “If in the office, I’ll address personal emails, catch up on news, read, do this survey.”

A way to soothe our pandemic anxiety

Whether it’s a nap, firing up a video game, listening to music, managing personal admin tasks, or clacking out a few words at a time on a passion project, most of what people seem to turn to when they just can’t focus on work is the mundanity of routine. It’s no plotted-out block of time on the calendar, but a daily meander when everything else just gets to be a little too much.

It seems the tireless unconscious urge to procrastinate only intensified during the pandemic. When the world is figuratively and literally burning, and we’re torn between working in homes full of distractions and empty offices lacking that elusive work culture, a 15-minute break or two to soothe things over with an Architectural Digest video of architect Michael Wyetzner breaking down the architectural evolution of Wayne Manor feels like a reprieve during a time in which we’re still grappling with a new normal.

Americans’ anxiety levels have ballooned during the two-plus years (and counting) of the pandemic, which experts attribute to my constant urge to not getting things done efficiently. At least two studies over the last couple years found a positive correlation between anxiety levels and procrastination. They also presented procrastination as a cause of general distress due to the pandemic.

“I feel so tired some weeks it takes one to two days of ‘doing nothing’ just to get ready for the next week, knowing it’s not going to change at work,” says a 58-year-old respondent from Idaho. “I come from the generation that if you work really hard, you will succeed, and this does hold true, but doesn’t apply everywhere. So I find my time very valuable now, hence no more procrastinating in anything. It’s not a good habit. As Nike says, ‘just do it’…so does my boss.”