What is XBB? The new ‘immune-evasive’ COVID strain that combines Omicron variants is driving cases in two countries 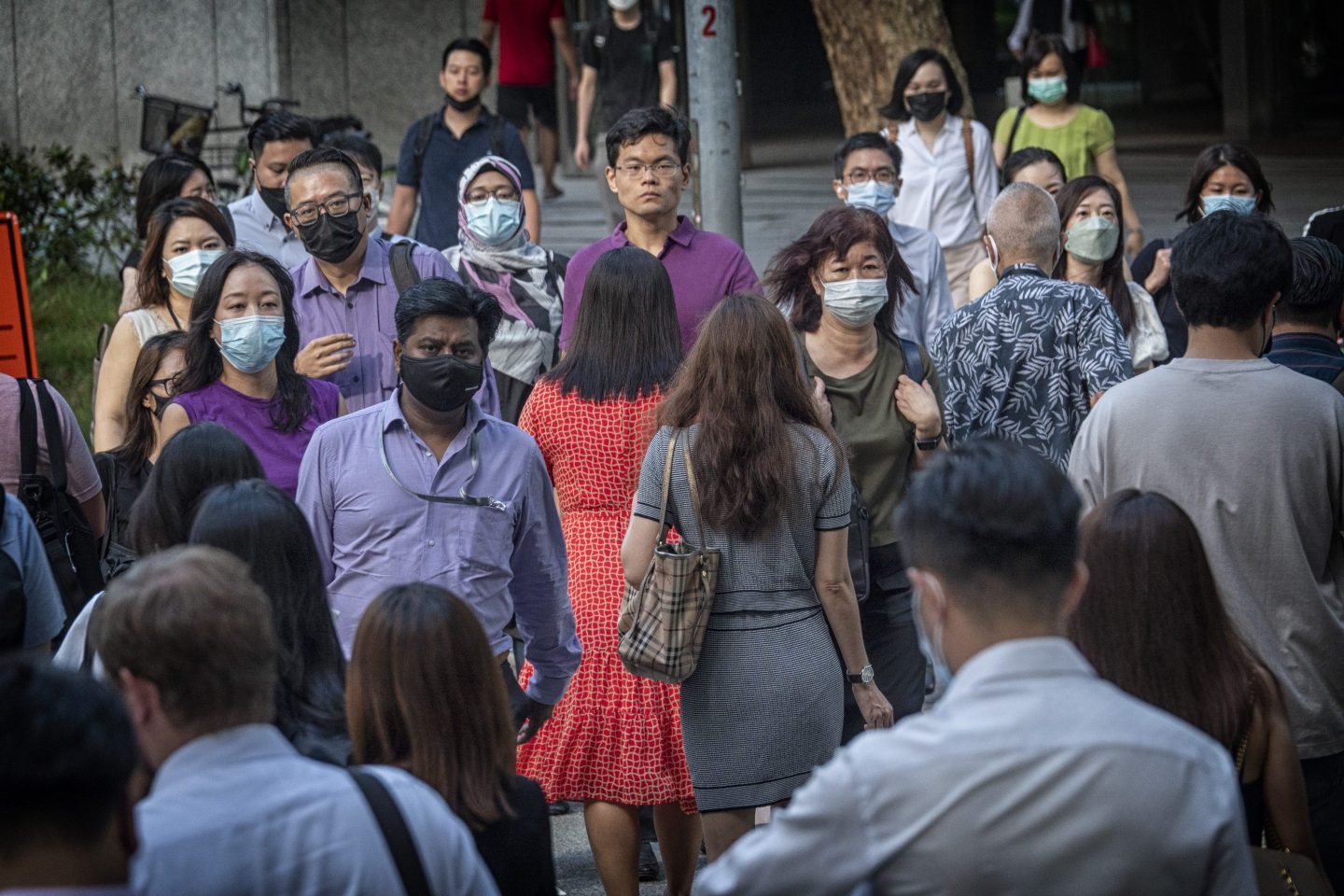 Experts are studying the rise of variants like XBB, which combine multiple COVID strains and are driving cases in countries like Singapore.
Bryan van der Beek—Bloomberg/Getty Images

New variants of the rapidly mutating coronavirus are still popping up around the world, and a new iteration of COVID on the rise in Asia may be the most immune-evasive yet.

The XBB strain is causing a small surge in cases in countries like Bangladesh and Singapore. The latter has recorded a daily average of about 5,500 cases over the past week, compared to a daily average of 2,000 cases a month ago.

Officials in Singapore, which is scaling back its last remaining COVID restrictions to reopen to the rest of the world, are not yet concerned about the increase in cases. On Monday, Health Minister Ong Ye Kung noted that only 15% of the country’s recent COVID cases were reinfections. “If you start to see 50% getting it a second time, you’re going to have a wave,” he said. The health ministry did start doling out Moderna’s Omicron booster on Tuesday, three days ahead of schedule, citing rising infections caused by the new “XBB Omicron subvariant.”

Hospitalizations in Singapore have increased alongside the rise in cases, yet deaths remain low, with fewer than a dozen recorded in the country over the past week. Over 90% of Singapore’s population has received two doses of a COVID vaccine, and 79% have received at least one booster.

Bangladesh is also reporting a small uptick in cases, though reported numbers are smaller than Singapore’s. The South Asian country reported a daily average of about 500 cases during the week of Oct. 3, compared to an average of 300 cases a month earlier. Bangladesh has a vaccination rate of 75.5%.

On Monday, Hong Kong’s health authorities said they found the city’s first case of XBB.1, a subvariant of the XBB strain, in an imported case from the U.S. Officials said the positive case showed no symptoms.

Experts are paying close attention to the XBB strain, which combines two different Omicron strains. Eric Topol, founder of the the Scripps Research Translational Institute, tweeted that XBB is one “of the most important variants [to] watch right now.”

The new strain is “probably the most immune-evasive yet” due to its combination of mutations from other strains, Raj Rajnarayanan, a professor at the New York Institute of Technology’s Jonesboro, Ark., campus, told Fortune in September. A preprint study from Oct. 4, authored by researchers at Peking University and Changping Laboratory, found that XBB had the greatest ability to evade antibody protections among newly emerging variants.

Experts are also concerned that monoclonal antibody treatments might be less effective against newer variants like XBB and BA.2.75.2. “We’ve not seen this type of immune evasion before,” Michael Osterholm, director of the University of Minnesota’s Center for Infectious Disease Research and Policy (CIDRAP), told Fortune earlier this month.

BA.5 is still the most dominant strain of COVID in the U.S., making up 79.2% of COVID cases recorded between Oct. 2 and Oct. 11, according to the Centers for Disease Control and Prevention’s Nowcast.

But other variants are starting to catch up. Over the past week, 13.6% of cases were from the BA.4.6 subvariant, an increase from 6.4% of cases two months ago. The BF.7 strain is also spreading quickly, making up 4.6% of cases today compared to just 0.3% two months ago.

In order to keep ahead of the rapidly mutating coronavirus, the U.S. approved bivalent boosters targeting the BA.4 and BA.5 subvariants on Aug. 31. Yet only 7.6 million Americans have received the Omicron booster since it became widely available on Labor Day. A survey from the Kaiser Family Foundation found that two-thirds of Americans are either putting off getting the new booster or saying they won’t get it at all.