Superficial corporate attempts to show LGBTQ solidarity might be doing more harm than good. Our latest data analysis proves it 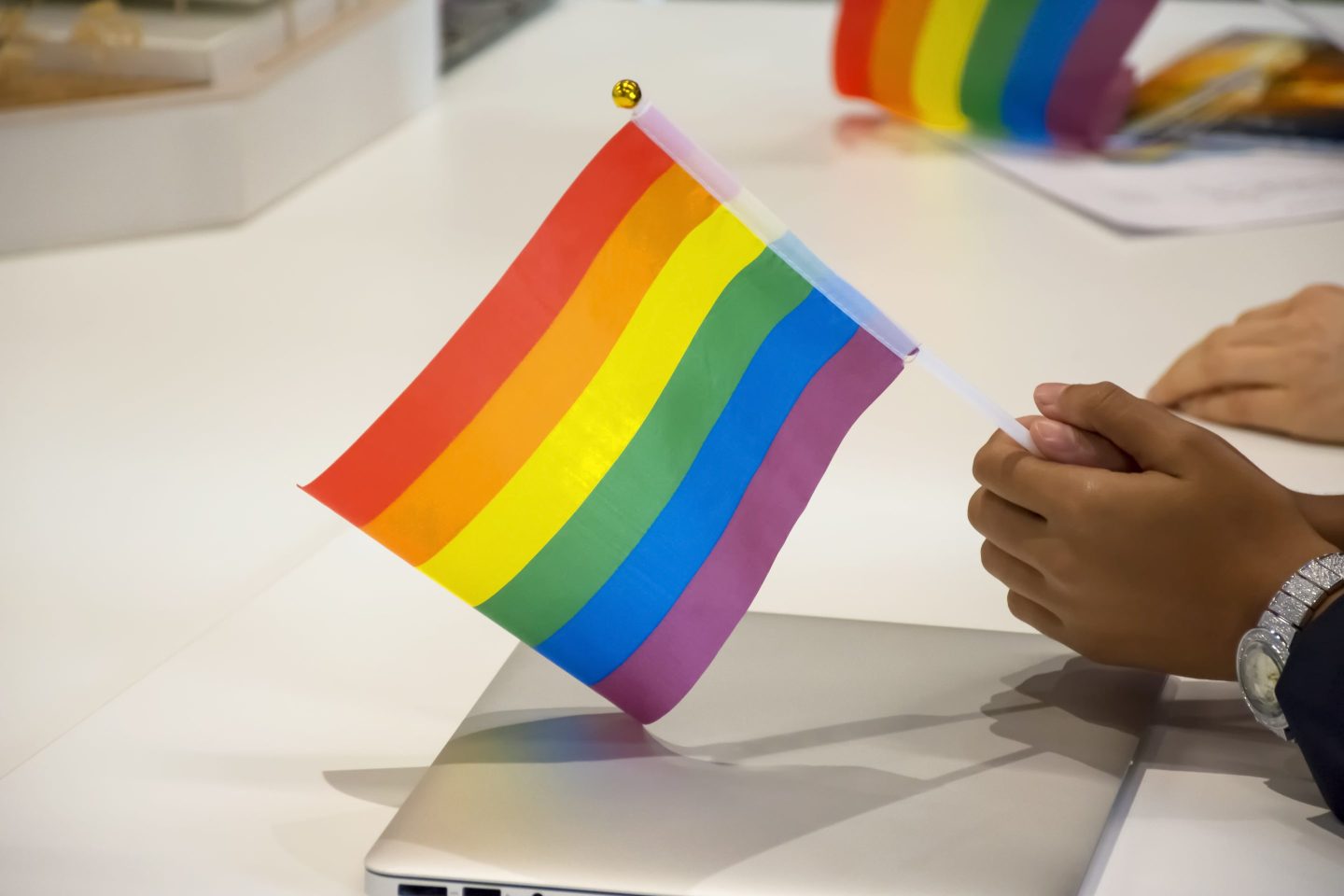 Performative LGBTQ solidarity campaigns could be doing more harm than good, according to the research.
Getty Images

One in five consumers want to see less LGBTQ marketing and advertising, according to a newly published survey of 9,360 respondents conducted by DISQO, a customer experience intelligence platform, in partnership with Do The WeRQ, a queer advertising advocacy group.

Although rainbow-washing has been a buzzword for several years, the new report provides some of the earliest quantitative data we have on the consequences of LGBTQ advertising oversaturation, and is both painful and important to announce.

More than a fifth of respondents (21.73%) stated their preference that LGBTQ+ people or issues be included less often in advertising. The sentiment was lowest in respondents ages 18 to 24, clocking in at 13.7%, and increased with each successive age range, with nearly 34% of people over the age of 65 wanting less LGBTQ+ visibility. However, the overall 21.73% figure is down over five points from last year, the first year the survey was conducted.

We’re again disappointed by the number, but we aren’t surprised. The conversation about LGBTQ equality has ratcheted up in the last year as we face waves of anti-LGBTQ legislation in a number of states and attempts to roll back rights and reduce visibility.

The year-over-year progress shown in the data is remarkable, but some of the shifts may be temporary due to the survey’s data collection time frame, which began a few weeks after the Supreme Court’s draft overturning Roe v. Wade leaked this spring, activating discourse on whether the right to same-sex marriage would fall next.

Rainbow-washing is a proactive effort to appeal to the queer community and its allies, particularly during Pride Month, and can often come across as performative. Campaigns are sometimes used as a way for corporations to “balance the scales” and play both sides while they continue to donate to or do business with anti-LGBTQ causes or public figures, as whistleblowers regularly reveal.

A lot can also be learned through a Google search regarding donations from top corporations to various political figures, and that information is more readily available and aggregated by citizens, activists, and advocacy groups. Increasingly, as consumers, we have no tolerance for duplicity, because we know we can get our need for products and services met by other brands that are doing things differently.

Companies need to strike a balance between LGBTQ visibility and organizational integrity.

With limitless access to information in the technological age, consumers are super-sleuthing brands to identify the disconnect between their words and their actions.

The queer economy is now the fastest-growing minority market in America, and corporations are attempting to appeal to LGBTQ consumers and their allies, particularly Gen Zers, the segment of the population born between 1997 and 2012.

A whopping 20.8% of Gen Z Americans identify as LGBT, according to a Gallup poll published earlier this year. This identification ratio is far higher than other generations: Millennials identified as 10.5% LGBT, and the national average increased to 7.1%, up from 5.6% in 2020 and 3.5% a decade ago, as sexuality and gender identity become increasingly destigmatized.

As young people enter the workforce, overall LGBTQ purchasing power—a market referred to as “pink money”—will rise dramatically. However, many corporations’ strategies remain hollow and insincere, with some companies promoting LGBTQ solidarity while simultaneously donating to anti-LGBTQ causes or politicians, an example of speaking out of both sides of their mouths.

The impact? Virtue-signaling ads that can deter both queer and non-queer consumers. Visibility is certainly important, but to play the long game, this data tells us that corporations need to internally huddle and realign and match LGBTQ engagement efforts with overall brand values.

Companies have oversaturated Pride Month with performative advertising, and the noise of these campaigns is holding back the LGBTQ community’s quest for tolerance. It also means pink dollars are seeking out brands that actually stand with queer people, rather than ones that play both sides.

We want action, alliance, and integrity. Between whisperings of Obergefell v. Hodges being overturned, “Don’t Say Gay” bills cropping up in state legislatures across the country, and digital harassment campaigns reaching extremist territory, we need brands on our side more than ever before.

Companies often blunder in queer marketing efforts because they make a superficial, blanket statement about all LGBTQ people, and the campaigns are rarely relevant to their target demographic.

Pink money is on the rise, and queer consumers want to hear from spokespeople from their own community. Empower queer voices and retain LGBTQ talent for a more authentic approach.

This is where influencer marketing shines: You’ll financially empower the voice of someone in a marginalized community and simultaneously make a brand statement that resonates with consumers, especially Gen Zers.

Companies will have to change the way they behave. A more evolved approach, one that aligns a company’s brand values with its giving efforts, will engage the right audiences with the right message, including LGBTQ consumers and their allies.

Nick Wolny writes about LGBTQ money for a number of national publications. David Grabert is the vice president of brand and communications at DISQO. Erica Ciszek, P.h.D., is an associate professor of advertising and public relations at the Moody College of Communication at the University of Texas at Austin. Kate Wolff is the founder and CEO of Lupine Creative, a Los Angeles–based agency, and cochair of programming and operations at Do The WeRQ.